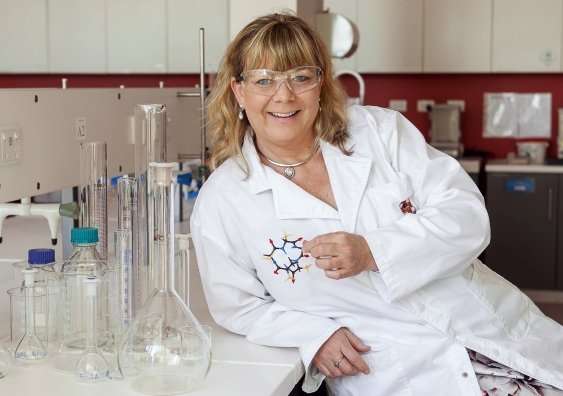 An international research team has identified a new function of Hsp90, one of the most common and studied proteins in the human body. The study has implications for the development of new drugs.

New research by teams at UNSW and VIB-KU Leuven in Belgium shows that that in addition to its well-known role as a protein chaperone, heat-shock protein Hsp90 also stimulates exosome release. The findings – published today in academic journal Molecular Cell – shed new light on treatment strategies for both cancer and neurodegenerative diseases.

Hsp90, short for heat-shock protein 90, is one of the most common proteins, making up one or two out of every hundred proteins in our cells. Heat shock proteins are conserved across animals, plants and even fungi. Their name dates back to the 1980s, when they were first described as a group of proteins upregulated upon sudden heat stress.

“Over the past decades we have learned a lot about Hsp90’s function,” says lead author Professor Patrik Verstreken, from VIB-KU Leuven.

“As a protein chaperone, it assists in the proper folding of other proteins and stabilizes them in case of cellular stress. Hsp90 also helps degrade damaged or misfolded proteins that are beyond salvation. These functions make Hsp90 a crucial governor of protein homeostasis in the cell.”

Today’s paper shows that—in addition to its chaperone function—Hsp90 also aids in the release of exosomes. Exosomes are vesicles (i.e. small fluid-filled bladders) that are released from the cell after vesicle-containing bodies fuse with the cellular membrane. They can contain signaling molecules but also potentially toxic proteins.

According to Professor Verstreken, the findings have implications for numerous neurodegenerative diseases.

“Exosomes are important for signal transduction across cells, but these vesicles are often hijacked by toxic proteins such as prions, alpha-synuclein or tau, thus contributing to the spread of diseases across the brain,” he says.

Prions are toxic proteins that cause transmissible brain diseases such as Creutzfeld-Jakob (sometimes referred to as mad cow disease), while alpha-synuclein or tau aggregate in Parkinson’s and Alzheimer’s disease. As such, a better understanding of the mechanisms of exosome release could inform drug development in these areas.

Associate Professor Shelli R McAlpine from UNSW Science’s School of Chemistry, who co-authored the study, says: “Molecules that were developed in our lab at UNSW bind to Hsp90 and lock it into a single closed conformation. This report shows that by trapping Hsp90 in the closed conformation, these molecules prevent membrane transfusion and stop exosomes from releasing their contents outside the cell.

“By containing the exosome contents within the cell, our molecules ensure the toxic discharge is not being spread to the surrounding environment, thereby potentially protecting an organism from the spread of diseases.”

As part of its role as a chaperone, Hsp90 is known to stabilise several proteins that affect tumor growth. That is why Hsp90 inhibitors are currently investigated for cancer therapy. Verstreken’s team uncovered that some of these inhibitors may also block exosome release.

“We found that some of the Hsp90 inhibitors that are being developed for clinical use – and specifically those developed at UNSW – in fact also inhibit exosome release,” says Verstreken.

“Our work may therefore bring important insights into the mode of action of these drugs, and of course their potential adverse effects.”