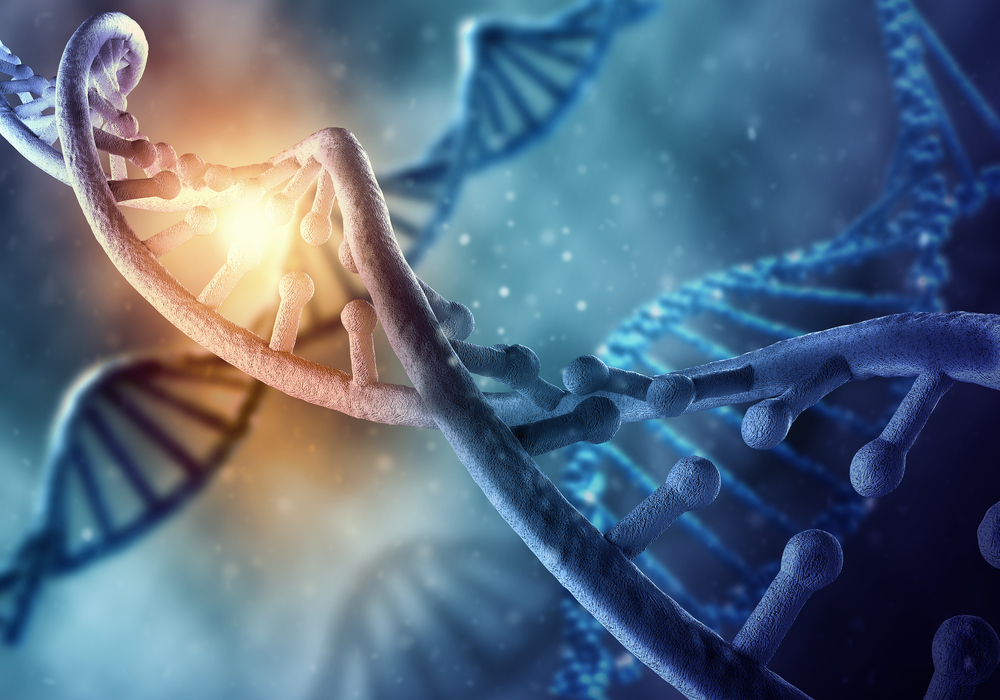 Scientists have made a major discovery about how cells repair broken strands of DNA that could have huge implications for the treatment of cancer.

Their study, published in Nature today, uncovered a brand new protein complex in cells that shields broken DNA ends and controls the way in which it is repaired.

The new complex pushes cancer cells to use a particular type of DNA repair system that is vulnerable to targeting by exciting new drugs called PARP inhibitors or platinum-based chemotherapies.

The discovery could lead to tests to direct and monitor treatment for patients with mutations in BRCA1, BRCA2 or other DNA repair genes, treated with platinum-based chemotherapies or exciting new drugs called PARP inhibitors.

The newly named 'Shieldin' complex was also found to be important for generating the right type of antibodies during an immune response, and mutations could lead to immune-related disorders.

The study was funded by a variety of organisations worldwide, including Canadian Cancer Society and the Canadian Institutes of Health Research, and Cancer Research UK and Breast Cancer Now in the UK.

PARP inhibitors are hugely promising treatments because they take advantage of a major vulnerability of some cancers—a weakness in the ability of cancer cells to repair their DNA. Traditional platinum-based chemotherapies are also being used in a more targeted way to take advantage of DNA repair weaknesses.

When intact, the newly discovered Shieldin complex was found to contribute to this vulnerability by attaching to the broken DNA, forcing cancer cells to attempt to repair their DNA in a way that makes them susceptible to PARP inhibitors and platinum chemotherapies.

But when mutations are introduced in the components of the complex, the researchers found that cancer cells grown in the lab and in mice used an alternative way to repair DNA and quickly became resistant to PARP inhibitors.

The PARP inhibitor drug olaparib is approved in the US and Europe for treating ovarian and breast cancers with BRCA mutations, and looks promising against some prostate cancers—so the results could have a wide impact on cancer treatment if mutations in the 'Shieldin' complex are shown to lead to treatment failure in the clinic.

To uncover the complex, the international team of researchers analysed breast cancer cells and mice that had mutations in the gene BRCA1.

They used cutting-edge Crispr/Cas9 genetic manipulation technology to search for gene mutations that caused cells to become resistant to the PARP inhibitor drugs olaparib and talaoparib, as well as the platinum chemotherapy cisplatin.

Through painstaking experiments, the researchers were able to pick out key gene mutations that led to drug resistance, which proteins these had an effect on, and work out what these proteins did in cells.

In healthy cells, the complex was found to attach to the ends of broken DNA so that the 'blunt ends' of the DNA have to be stuck back together directly—a quicker, messier way of repairing DNA that can sometimes be necessary for making antibodies during immune responses.

When the researchers introduced mutations into the Shieldin complex—which stop it from forming and protecting broken DNA ends—cells are free to repair DNA via a different method, and this means PARP inhibitors are no longer effective.

"PARP inhibitors hold great promise for breast and ovarian cancer treatment, but we must understand why they sometimes don't work, or stop working altogether. Knowing more about how cancer evades PARP inhibition by studying basic DNA repair mechanisms brings us a big step closer to this objective, which will improve how we treat some of the most intractable cancers."

"Our DNA is constantly damaged and repaired. Our ability to repair that DNA is crucial to keep cells alive and to prevent diseases such as cancer."

"Our study reveals for the first time a complex that is crucial for DNA repair. Mutated versions of the complex could allow cancer cells to become resistant to exciting new PARP inhibitor drugs as well as some types of chemotherapy.

"We next need to show that these mutations actually occur in patients and are clinically important. If that's the case, we should be able to test for these mutations as a way of monitoring treatment and spotting early signs of resistance."

"This exciting study has revealed a vital new player in DNA repair—a weakness in cancer that is a key target of exciting precision cancer drugs. It takes us a big leap forward in our understanding of how cells repair DNA—a fundamental process of life, and one which could have important implications for cancer treatment."

"PARP inhibitors are an important treatment for some people with cancers caused by faulty BRCA genes, but unfortunately they don't work for everyone. This study is helping scientists to further their understanding of why this might be, and could one day have implications for the clinic. If proven in people, not only could this information help pinpoint people who might not benefit from these drugs, sparing them from treatment that likely won't work, but it could also identify people who may benefit from a different treatment. Ultimately, we need more research like this to help make treatment even more precise."