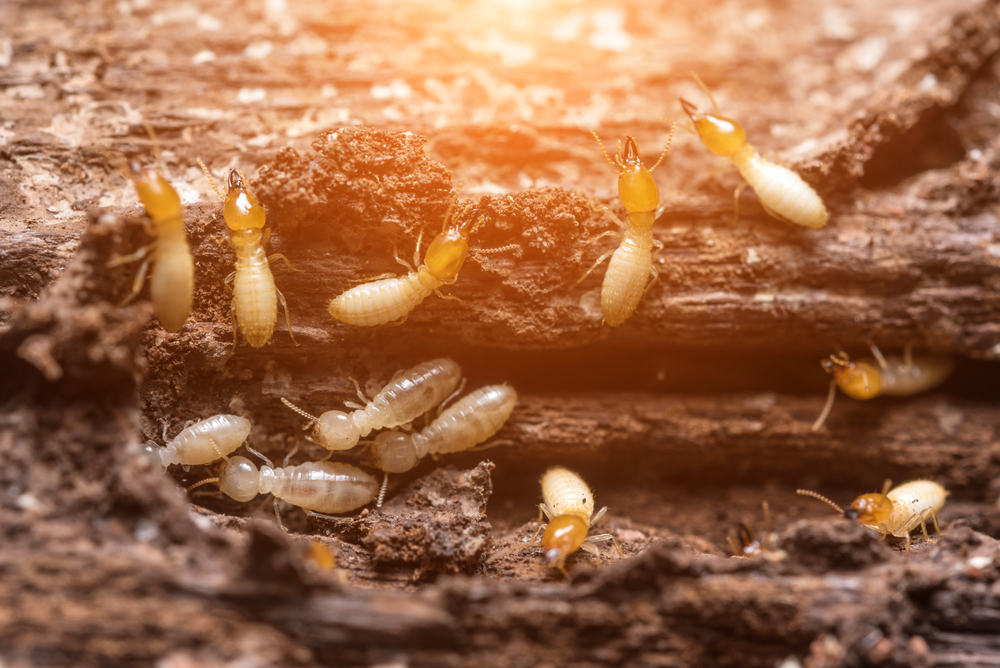 The never-ending search for clean energy has turned in an unexpected direction—termites.

Researchers from the University of Delaware—collaborating with the energy and environmental research firm ARCTECH—have detailed how termite-gut microbes can convert coal to methane, a process that could be harnessed to help turn a major source of pollution into cleaner energy.

In the study, the researchers developed computer models of the systematic biomechanical process the termites undergo.

“It may sound crazy at first—termite-gut microbes eating coal—but think about what coal is,” Prasad Dhurjati, a professor in the University of Delaware’s Department of Chemical and Biomolecular Engineering, said in a statement. “It’s basically wood that’s been cooked for 300 million years.”

The more than 3,000 species of termites rely on eating wood to extract energy. Each termite has a few thousand microbes living inside their guts that work together to digest the cellulose and lignin they need.

However, termite microbes can also feast on coal, releasing methane and producing humic matter, which can be used as an organic fertilizer byproduct.  Each microbe contributes to a small step in this intricate digestion process, where the product of one microbe may serve as food for the next.

“These microbes make millions of surgical nicks in the coal, using enzymes derived from a vast array of genes,” Dhurjati said.

Past attempts to commercialize this process have not been successful, mainly because they involve complex processes to make the community of microbes work together.

However, the new technique can work to get the microbes to convert coal into methane gas and organic humic products.

The researchers have spent the better part of 10 years breaking down all the steps the termite microbes go through to convert coal to natural gas. A pair of computer models—called the lumped kinetic mathematical model and the reaction connectivity model—outline each biochemical reaction the termite microbe community goes through in this process.

The team found that the microbes convert the coal into large polyaromatic hydrocarbons that then degrade into mid-chain fatty acids, before turning into organic acids and finally producing methane.

The kinetic model allows the researchers to take the 100 minor steps the microbes conduct and lump them into a few major intermediate steps that are then incorporated into the mathematical model that is used to identify where the process breaks down and how to restart it again.

The researchers have already implemented microbe-based technology into biodigesters above the ground, with the hopes of procuring an industry partner to test the technology in a deep coalmine below the ground.

“This groundbreaking biotechnology has the potential to change ‘dirty coal’ into ‘clean coal’,” Dhurjati said. “That would be a big win-win for the environment and for the economy.”

Coal represents about 30 percent of the world’s energy supply and 40 percent of its electricity generation, according to the Committee on Earth Resources of the National Academies of Sciences, Engineering and Medicine.

However, coal is also a known pollutant releases toxic particles like mercury, sulfur dioxide, nitrogen oxides and soot into the air. Coal also generates more greenhouse gas emissions than oil or natural gas when burned and twice as much carbon dioxide per unit of energy than natural gas.

The study was published in Energy & Fuels.