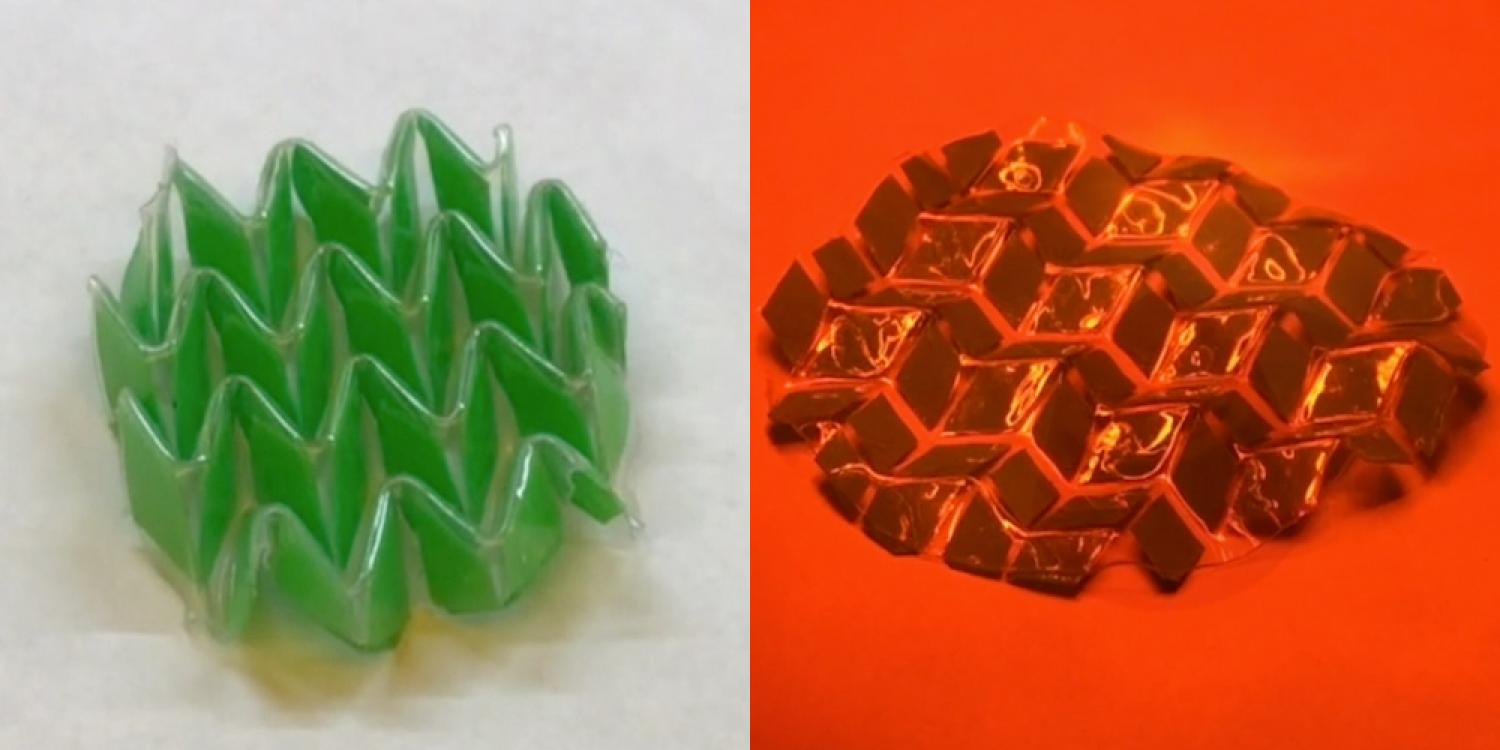 Researchers have created a material that can literally fit a square peg into a round hole and revert to its previous shape.

A team from the University of Colorado Boulder have developed a new material that can transform into complex, pre-programmed shapes through light and temperature stimuli that could be used in a number of applications.

“The ability to form materials that can repeatedly oscillate back and forth between two independent shapes by exposing them to light will open up a wide range of new applications and approaches to areas such as additive manufacturing, robotics and biomaterials,” Christopher Bowman, senior author of the new study and a Distinguished Professor in CU Boulder’s Department of Chemical and Biological Engineering (CHBE), said in a statement.

Researchers have previously used a number of physical mechanisms to alter the size, shape or texture of an object with programmable stimuli, but have often been limited in size or extent and the object state changes are difficult to fully reverse.

In the new study, the researchers were able to develop readily programmable two-way transformations on a macroscopic level with liquid crystal elastomers (LCEs), which feature a molecular arrangement that make them susceptible to dynamic change via heat and light. LCEs are often used in modern television displays.

However, the team installed a light-activated trigger to the LCE networks that is able to set a desired molecular alignment in advance by exposing the object to particular wavelengths of light. The trigger is inactive until it is exposed to the corresponding heat stimuli.

For example, a hand-folded origami swan programmed in this fashion will remain folded at room temperature. However, when heated to 200 degrees Fahrenheit, the material will gradually regain its pre-programmed swan shape.

There are several usages for a material that can change shape and then return to its original form. For example, future biomedical devices could become more flexible and adaptable than they currently are.

“We view this as an elegant foundational system for transforming an object’s properties,” Matthew McBride, lead author of the new study and a post-doctoral researcher in CHBE, said in a statement. “We plan to continue optimizing and exploring the possibilities of this technology.”