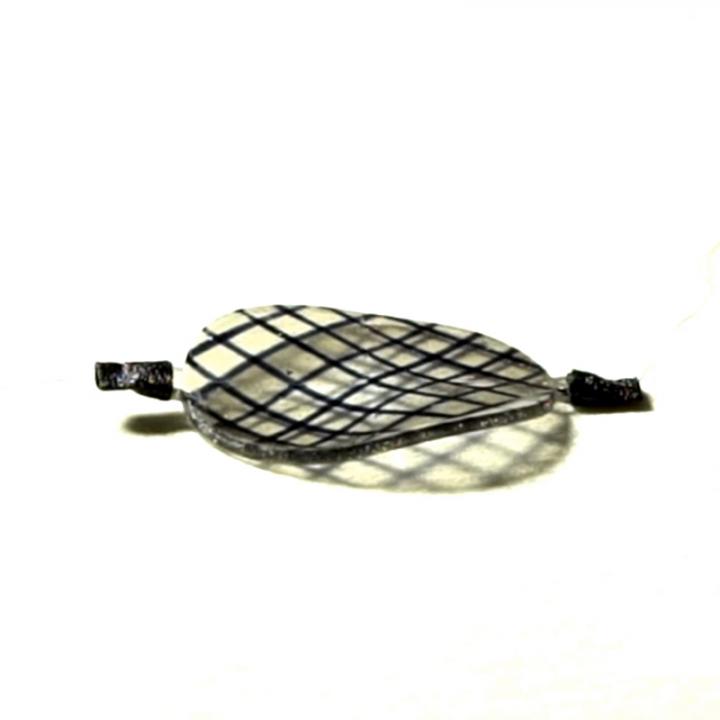 An initially flat thin circular sheet of elastomer with embedded electrodes morphs into a saddle shape.

Thus far, the mechanical world has lagged behind the natural world in developing sophisticated forms of movement that could be harnessed for systems like engines and motors.

A team from the Harvard John A. Paulson School of Engineering and Applied Sciences (SEAS) has created a new technique to change the shape of a flat sheet of elastomer by using a fast, reversible actuator that can be controlled and reconfigured to different shapes by an applied voltage.

The actuators mimic some of the complex shape changes and movements prevalent in nature, such as how eyes can change the shape of the cornea to adjust their focal point by contracting soft muscles.

“We see this work as the first step in the development of a soft, shape shifting material that changes shape according to electrical control signals from a computer,” David Clarke, the Extended Tarr Family Professor of Materials at SEAS and senior author of the study, said in a statement. “This is akin to the very first steps taken in the 1950’s to create integrated circuits from silicon, replacing circuits made of discrete, individual components.

“Just as those integrated circuits were primitive compared to the capabilities of today’s electronics, our devices have a simple but integrated three-dimensional architecture of electrical conductors and dielectrics, and demonstrate the elements of programmable reconfiguration, to create large and reversible shape changes,” he added.

The reconfigurable elastomer sheet is comprised of multiple layers with carbon nanotube-based electrodes of different shapes incorporated between each layer. By applying a voltage to the electrodes, the researchers created a spatially varying electric field inside of the elastomer sheet that produces uneven changes in the material geometry, ultimately enabling the elastomer to change into a controllable three-dimensional shape.

“In addition to being reconfigurable and reversible, these shape-morphing actuations have a power density similar to that of natural muscles,” Ehsan Hajiesmaili, first author of the paper and graduate student at SEAS, said in a statement. “This functionality could transform the way that mechanical devices work. There are examples of current devices that could make use of more sophisticated deformations to function more efficiently, such as optical mirrors and lenses.

“More importantly, this actuation method opens the door to novel devices that deemed too complicated to pursue due to the complex deformations required, such as a shape-morphing airfoil,” he added.