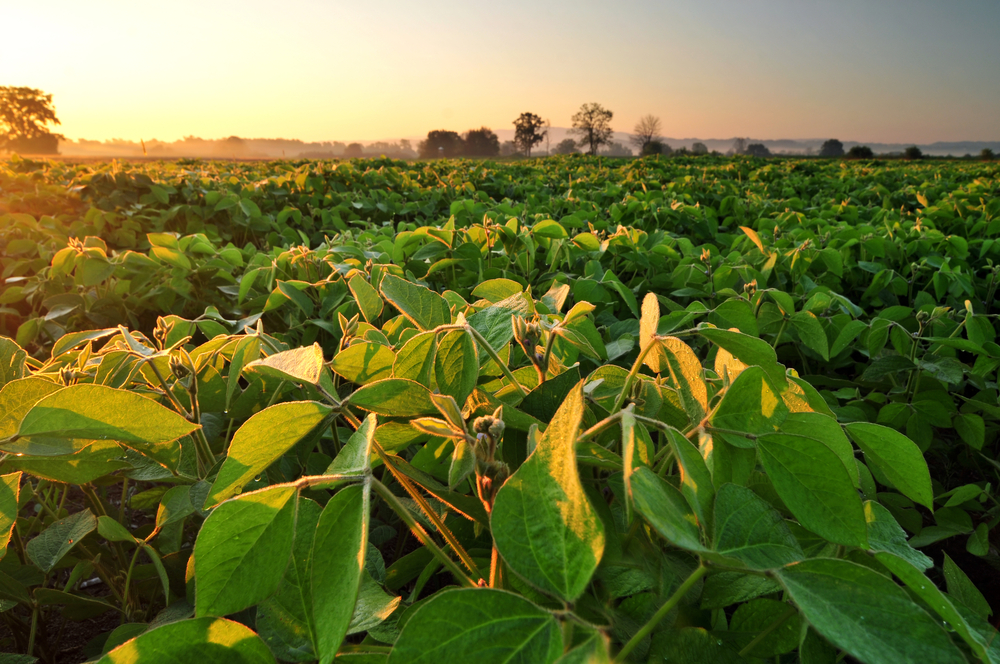 Washington State University biologist Mechthild Tegeder has developed a way to dramatically increase the yield and quality of soybeans.

Her greenhouse-grown soybean plants fix twice as much nitrogen from the atmosphere as their natural counterparts, grow larger and produce up to 36 percent more seeds.

Tegeder designed a novel way to increase the flow of nitrogen, an essential nutrient, from specialized bacteria in soybean root nodules to the seed-producing organs. She and Amanda Carter, a biological sciences graduate student, found the increased rate of nitrogen transport kicked the plants into overdrive.

Their work, published recently in Current Biology, is a major breakthrough in the science of improving crop yields. It could eventually help address society’s critical challenge of feeding a growing human population while protecting the environment.

“The biggest implication of our research is that by ramping up the natural nitrogen allocation process we can increase the amount of food we produce without contributing to further agricultural pollution,” Tegeder said. “Eventually we would like to transfer what we have learned to other legumes and plants that humans grow for food.”

Legumes account for around 30 percent of the world’s agricultural production. They consist of plants like soybeans, alfalfa, peas, beans and lentils, among others.

Unlike crops that rely on naturally occurring and artificially made nitrogen from the soil, legumes contain rhizobia bacterioids in their root nodules that have the unique capability of converting or “fixing” nitrogen gas from the atmosphere.

For years, scientists have tried to increase the rate of nitrogen fixation in legumes by altering rhizobia bacterioid function or interactions that take place between the bacterioid and the root nodule cells.

Tegeder took a different approach: She increased the number of proteins that help move nitrogen from the rhizobia bacteria to the plant’s leaves, seed-producing organs and other areas where it is needed.

The additional transport proteins sped up the overall export of nitrogen from the root nodules. This initiated a feedback loop that caused the rhizobia to start fixing more atmospheric nitrogen, which the plant then used to produce more seeds.

“They are bigger, grow faster and generally look better than natural soybean plants,” Tegeder said. “Some evidence we have suggests they might also be highly efficient under stressful conditions like drought.”

Nitrogen is a macronutrient essential for plant growth. Large amounts of synthetic nitrogen fertilizer are applied around the world to ensure high plant productivity.

Application is an environmental issue in industrialized countries like the United States because of high energy input, increased greenhouse gas emissions, water pollution and other adverse effects on ecosystems and human health.

Tegeder thinks her soybean-focused research can eventually be applied to varieties of legumes suited for a diverse array of climates. One major benefit of growing legumes such as chickpeas, common beans, peas and soybeans is that they not only can use atmospheric nitrogen for their own growth but also leave residual nitrogen in the soil for subsequent crops.

Hence, increasing nitrogen fixation could improve overall plant productivity for farmers who grow legumes in both industrial and developing countries while diminishing or eliminating the need for nitrogen fertilizers.

“Legumes with higher yields have huge implications for agriculture and food production around the world,” Tegeder said. “Our research also has the potential to be transferred to other crop plants that don’t fix nitrogen from the atmosphere but would benefit from being able to uptake nitrogen more efficiently from the soil.”

Her work is in keeping with WSU’s Grand Challenges, a suite of research initiatives aimed at large societal issues. It is particularly relevant to the challenge of sustainable resources and its theme of supplying food for future generations.