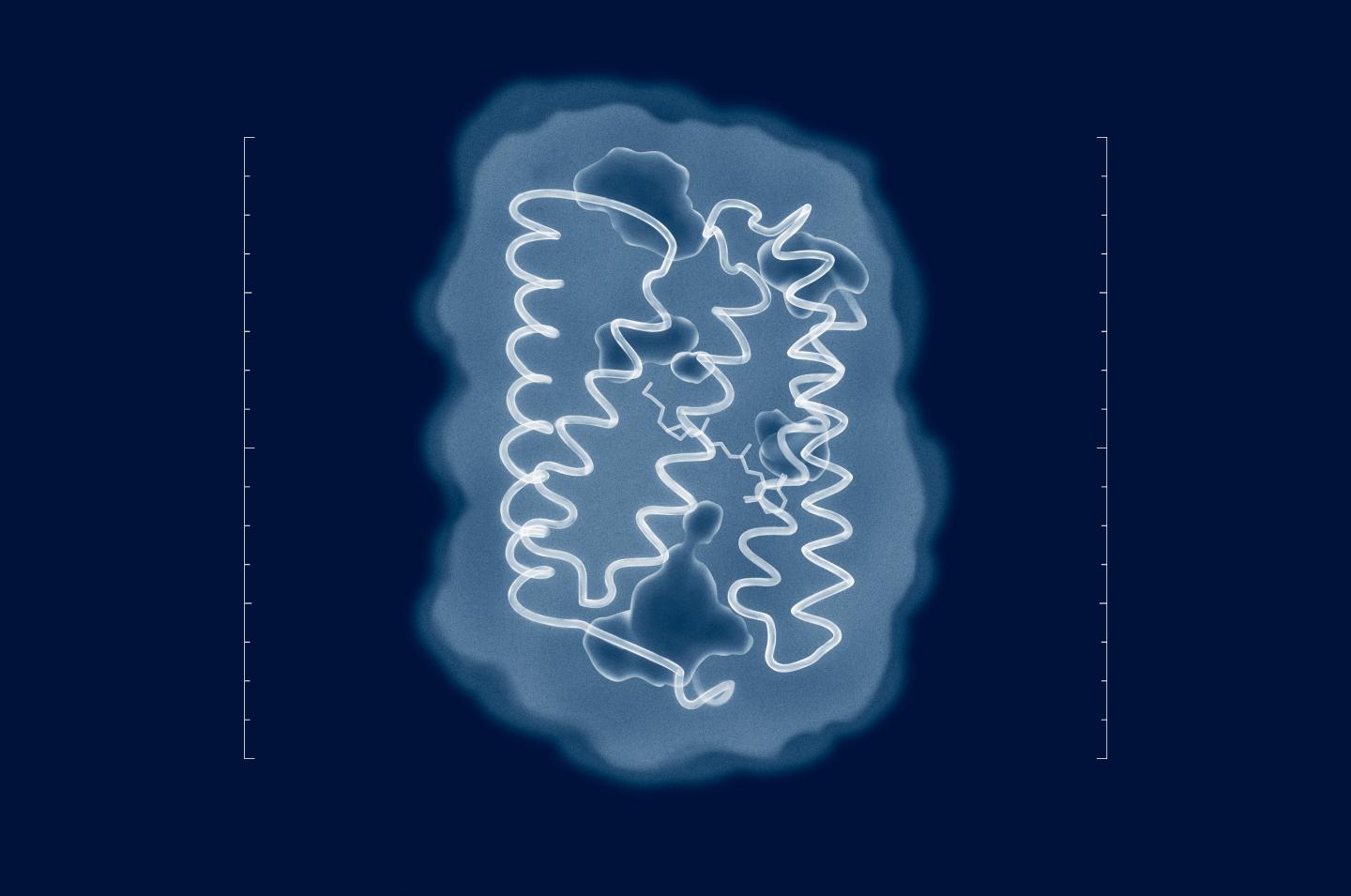 Attempts to solve the structure of ChR2 go right back to the time of its discovery in 2003. But despite the efforts of numerous research groups from across the world, the structure of the protein in its natural state has remained unknown. Now that researchers have the structure, meaningful mutations can be introduced into the protein to adjust its properties to the requirements of a specific experiment. Source: MIPT Press Office

An international team of researchers from the Moscow Institute of Physics and Technology, Forschungszentrum Jülich, the European Synchrotron Radiation Facility, the Institut de Biologie Structurale, and the Max Planck Institute of Biophysics has determined the 3-D structure of channelrhodopsin 2, a membrane protein widely used in optogenetics to control nerve cells with light.

Optogenetics is a relatively new technique that involves the use of light to manipulate nerve and muscle cells in a living organism. Similar approaches are used to partially reverse the loss of hearing and eyesight and control muscle contractions.

In addition, the methods of optogenetics are used to study the properties of natural neuron networks, which are responsible for emotion, decision-making, and other complex processes in living organisms. Optogenetics was Nature‘s “Method of the Year 2010,” as well as being named among Science‘s “Breakthroughs of 2010 and Insights of the Decade.”

Channelrhodopsin 2, or ChR2, is a major optogenetic tool. It is a light-sensitive protein, which was originally extracted in 2003 from a green alga called Chlamydomonas reinhardtii. Scientists can insert ChR2 into the membrane of a living cell to control it. When illuminated, this protein allows positively charged ions to pass into the cell through the cell membrane. In a nerve cell, this depolarizes the membrane, mimicking the effect of a nerve impulse and causing this particular neuron to fire.

Because ChR2 works fast and is relatively harmless to cells, it is the current go-to solution for nerve cell activation. A range of artificially induced mutations are available for altering the protein’s properties. For example, it is possible to increase the current it generates or alter the wavelength of light it responds to. Such modifications enable experimenters to work with proteins tailored to their needs. Researchers can even combine several protein variants for a distinct response at various wavelengths of light.

Most of the mutations used to modify the properties of ChR2 have so far been introduced more or less at random — either via directed evolution or based on the data on known protein structures. The closest we’ve ever gotten to a realistic ChR2 structure is an odd combination called C1C2, 70 percent of which is based ChR1, a related protein, with the rest based on the actual ChR2. This mixed structure cannot account for all properties of the protein. As a result, the mutations predicted by this model are not quite realistic and therefore are of limited interest to optogenetics.

To reveal the structure of ChR2, the authors of the study reported in this story used an analytical technique called X-ray diffraction, which only works with samples in the form of a crystal. These were obtained by the researchers via in meso crystallization. That is to say, the protein crystals were grown in the so-called cubic lipid mesophase — a medium that allows proteins to move freely, without leaving the membrane. To determine protein structures, their crystals were irradiated with X-rays at a wavelength of about 1 angstrom, which is slightly less than the length of the bonds between the atoms in the protein. In X-ray crystallography, structures are derived by analyzing how radiation is scattered by a sample.

“Attempts to solve the structure of ChR2 go right back to the time of its discovery in 2003. But despite the efforts of numerous research groups from across the world, the structure of the protein in its natural state has remained unknown,” says Valentin Borshchevskiy, one of the authors of the paper and deputy head of the Laboratory for Advanced Studies of Membrane Proteins at MIPT. “Now that we have the structure, meaningful mutations can be introduced into the protein to adjust its properties to the requirements of a specific experiment. Not knowing the structure, we had to tediously work out the useful mutations by trial and error or make do with the data on related proteins.”