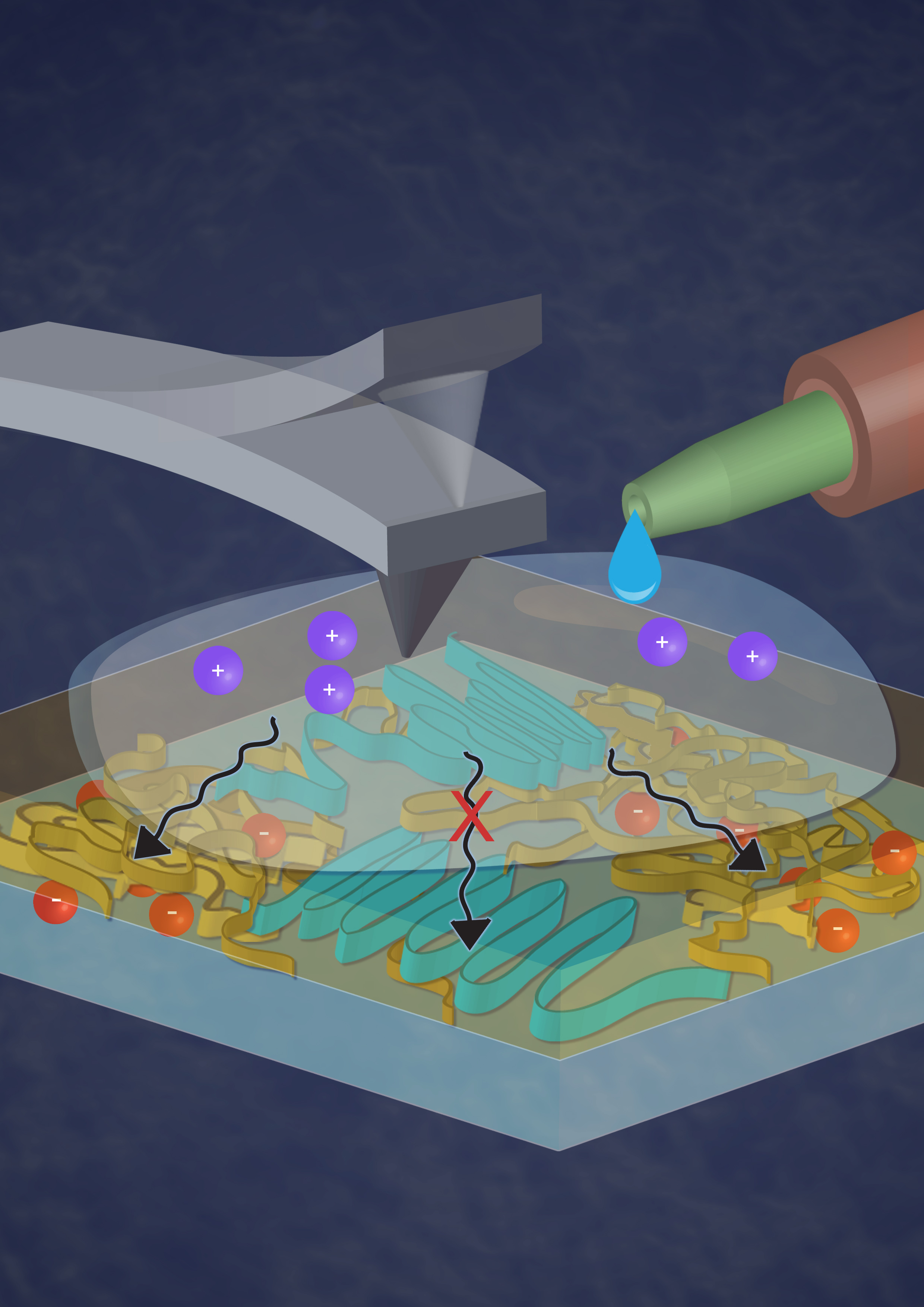 Photo provided by University of Washington

A new polymer film could lead to a better class of materials used in bioelectronic applications.

Researchers from the University of Washington used a film from a conjugated polymer—a conducting plastic—that allows them to see how the rigid and non-rigid regions of the film could accommodate electrons or ions, but not both equally.

David Ginger, professor of chemistry at the University of Washington and chief scientist at the UW’s Clean Energy Institute, said in an exclusive interview with R&D Magazine that the material would have significant potential benefit in bioelectronics.

“I think the importance of our work is that it presents a clear path for making materials that are better at doing that,” he added. “It could lead to better classes of materials by incorporating these design rules.”

Ginger is senior author of a paper published online June 19 in Nature Materials in which UW researchers directly measured a thin film made of a single type of conjugated polymer — a conducting plastic — as it interacted with ions and electrons.”

Ginger said understanding the interaction of a polymer conductor with ions is important for bioelectronic transistors, as well as for making conductive polymer electrodes for batteries and artificial muscles. 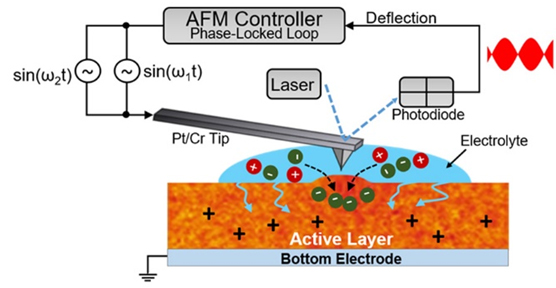 Photo provided by University of Washington

In the experiment, the researchers directly measured the film as it interacted with ions and electrons and found that variations in the polymer layout yielded rigid and non-rigid regions of the film that could accommodate electrons or ions.

They found that the softer, non-rigid areas were poor electron conductors, but could subtly swell to take in ions, while the opposite was true for the more rigid areas.

Creating an organic polymer that can accommodate both ions and electrons has proven challenging in the past because of the differences in size and behavior between the smaller electrons and bulkier ions.

Raj Giridharagopal, a senior research scientist at the University of Washington, said in an exclusive interview with R&D Magazine that the study closes the informational gap on how a material’s structure impacts how the film inhibits both ions and electrons.

“The premise of the study is in a lot of modern conducting polymer electric chemical transistors, there is not a lot of good information on how the structure of the material affects the ability for this material to transduce ions into electrical current,” he said. “So when you are trying to make a material that is actually very good at converting ionic concentration into an electrical current you have to be very cognizant of this kind of balance because you want a crystalline film that is good at conducting electrons, but that at the same time prevents ions from actually getting into the film to some extent.”

The researchers made the film out of poly(3-hexylthiophene)—a relatively common organic semiconductor material. They probed the polymer film’s electrochemical properties by using electrochemical strain microscopy, a technique that uses a needle-like probe suspended by a mechanical arm to measure changes in the physical size of an object with atomic-level precision.

They found that when a P3HT film was placed in an ion solution, the thin regions of the film could subtly swell to let ions flow into the film. The more rigid and crystalline regions did not swell to let in the ions, but also were ideal patches for conducting electrons.

This represents the first time that small structural differences in how organic polymers are processed and assembled can have major consequences for how the film accommodates ions or electrons.

Ginger said the new polymer film is leading to more studies regarding other materials that can be used in bioelectronics applications.