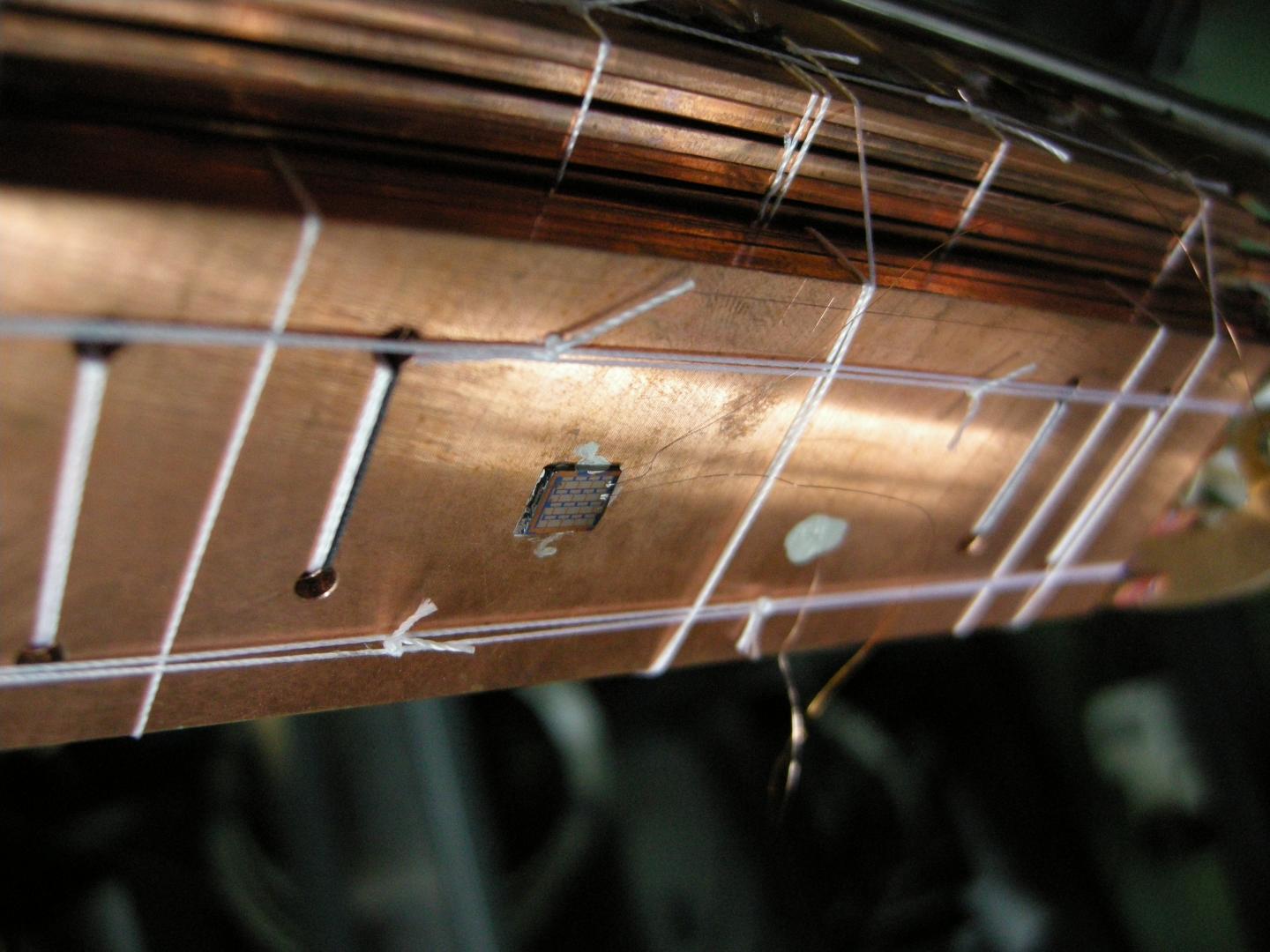 A chip with a Coulomb blockade thermometer on it is prepared for experiments at extremely low temperatures. Source: University of Basel, Department of Physics

Physicists at the University of Basel have succeeded in cooling a nanoelectronic chip to a temperature lower than 3 millikelvin. The scientists from the Department of Physics and the Swiss Nanoscience Institute set this record in collaboration with colleagues from Germany and Finland. They used magnetic cooling to cool the electrical connections as well as the chip itself. The results were published in the journal Applied Physics Letters.

Even scientists like to compete for records, which is why numerous working groups worldwide are using high-tech refrigerators to reach temperatures as close to absolute zero as possible. Absolute zero is 0 kelvin or -273.15°C. Physicists aim to cool their equipment to as close to absolute zero as possible, because these extremely low temperatures offer the ideal conditions for quantum experiments and allow entirely new physical phenomena to be examined.

Cooling by turning off a magnetic field

The group led by Basel physicist Professor Dominik Zumbühl had previously suggested utilizing the principle of magnetic cooling in nanoelectronics in order to cool nanoelectronic devices to unprecedented temperatures close to absolute zero. Magnetic cooling is based on the fact that a system can cool down when an applied magnetic field is ramped down while any external heat flow is avoided. Before ramping down, the heat of magnetization needs to be removed with another method to obtain efficient magnetic cooling.

This is how Zumbühl’s team succeeded in cooling a nanoelectronic chip to a temperature below 2.8 millikelvin, thereby achieving a new low temperature record. Dr Mario Palma, lead author of the study, and his colleague Christian Scheller successfully used a combination of two cooling systems, both of which were based on magnetic cooling. They cooled all of the chip’s electrical connections to temperatures of 150 microkelvin – a temperature that is less than a thousandth of a degree away from absolute zero.

They then integrated a second cooling system directly into the chip itself, and also placed a Coulomb blockade thermometer on it. The construction and the material composition enabled them to magnetically cool this thermometer to a temperature almost as low as absolute zero as well.

“The combination of cooling systems allowed us to cool our chip down to below 3 millikelvin, and we are optimistic than we can use the same method to reach the magic 1 millikelvin limit,” says Zumbühl. It is also remarkable that the scientists are in a position to maintain these extremely low temperatures for a period of seven hours. This provides enough time to conduct various experiments that will help to understand the properties of physics close to absolute zero.