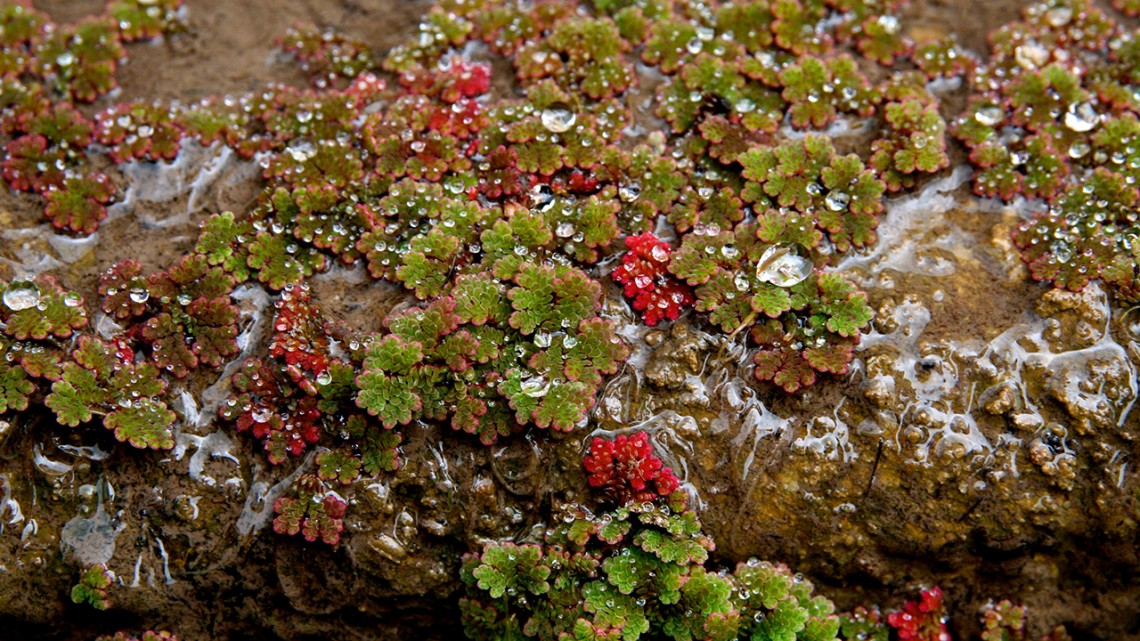 Boyce Thompson Institute scientist Fay-Wei Li and colleagues from around the world sequenced the genome of the fern Azolla filiculoides, which could open environmental and agricultural possibilities.

A tiny fern – with each leaf the size of a gnat – may provide global impact for sinking atmospheric carbon dioxide, fixing nitrogen in agriculture and shooing pesky insects from crops. The fern’s full genome has been sequenced by a Cornell University and Boyce Thompson Institute (BTI) scientist and his colleagues around the world, as reported in the journal Nature Plants.

Azolla filiculoides is a water fern often found fertilizing rice paddies in Asia, but its ancestry goes much further back.

“Fifteen million years ago, Earth was a much warmer place. Azolla, this fast-growing bloom that once covered the Arctic Circle, pulled in 10 trillion tons of carbon dioxide from our planet’s atmosphere, and scientists think it played a key role in transitioning Earth from a hot house to the cool place it is today,” said Fay-Wei Li, a plant evolutionary biologist at BTI, adjunct assistant professor of biology at Cornell and the lead author of the work, “Fern Genomes Elucidate Land Plant Evolution and Cyanobacterial Symbioses.”

Li and senior author Kathleen M. Pryer of Duke University led a group of more than 40 scientists from around the world to sequence the genome completely. As the group sequenced the genome, it identified a fern-specific gene shown to provide insect resistance.

“In general, insects don’t like ferns, and scientists wondered why,” said Li, who explained that one of the fern’s genes likely transferred from a bacterium. “It’s a naturally modified gene, and now that we’ve found it, it could have huge implications for agriculture.”

Nitrogen fixation is the process by which plants use the chemical element as a fertilizer. While plants cannot fix nitrogen by themselves, Li said, the genome reveals a symbiotic relationship with cyanobacteria, a blue-green phylum of bacteria that obtain their energy through photosynthesis and produce oxygen. Special cavities in the Azolla leaf host cyanobacteria to fix nitrogen, while the plant provides sugary fuel for the cyanobacteria.

“With this first genomic data from ferns, science can gain vital intelligence for understanding plant genes,” said Li. “We can now research its properties as a sustainable fertilizer and perhaps gather carbon dioxide from the atmosphere.”

Ferns are notorious for having large genomes, some as large as 148 gigabases, or the equivalent of 148 billion base pairs of DNA sequences. On average, fern genomes are 12 gigabases – a reason why scientists have not sequenced one, until now. The Azolla is .75 gigabases.