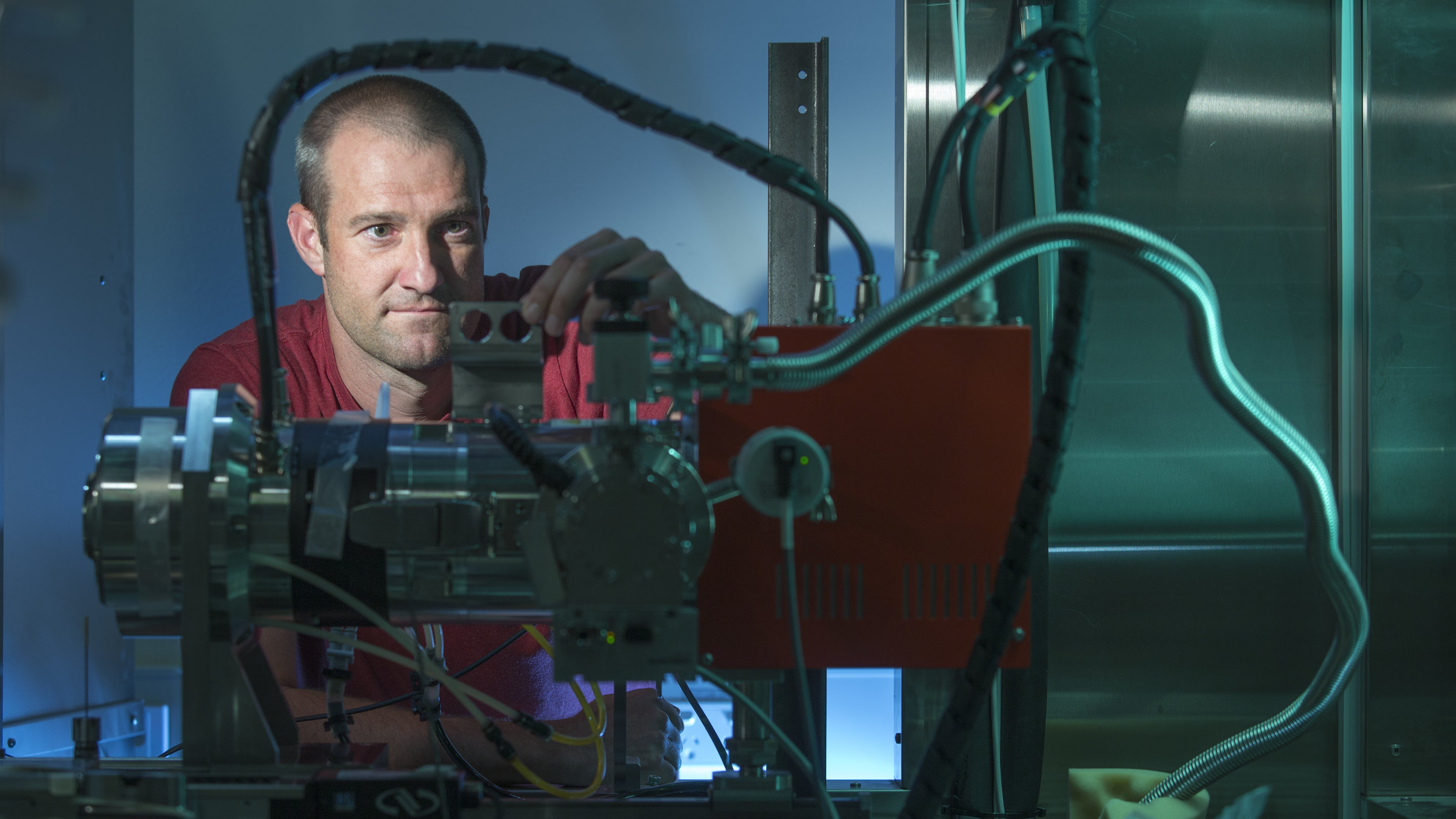 In a pair of studies, researchers may have found a way to improve the safety of and expand the use of 3D x-ray imaging in a number of applications.

Researchers from the Australian National University, together with a team at the European Synchrotron Radiation Facility (ESRF) in France, have found a way to produce 3D images using x-rays to improve disease screening, study extremely fast processes and analyze the properties of materials and structural information of opaque objects.

X-rays pass through materials that visible light cannot pass due to their high energy and short wavelength. However, it remains difficult to use 3D x-ray imaging in many applications because they require prolonged exposures to damaging x-rays.

In ghost imaging, an x-ray beam that does not individually carry meaningful information about the object encodes a random pattern that acts as a reference and never directly probes the sample, while a second, correlating beam passes through the sample.

“Because of the potential for significantly lower doses of X-rays with 3D ghost imaging, this approach could revolutionize medical imaging by making x-ray screening for early signs of disease much cheaper, more readily available and able to be undertaken much more often,” the paper’s senior author, David Paganin, from Monash University, Australia, said in a statement. “This would greatly improve early detection of diseases including cancers.”

By shining a bright beam of x-ray light through a metal foam the researchers were able to create random x-ray patterns and take a 2D image. They then passed a weak copy of the beam through the sample with a large-area single-pixel detector capturing the x-rays that pass through the sample.

They repeated this process for multiple illuminating patterns and sample-object orientations to construct a 3D tomographic image of the object’s internal structure.

The researchers carried out ghost X-ray tomography on an aluminum cylinder with a diameter of 5.6 millimeters and two holes of less than 2.0 millimeter diameter, producing 3D images with 1.4 million voels with a resolution of 48 millionths of a meter.

“X-ray ghost imaging, especially ghost tomography, is a completely new field that needs to be explored and developed much further,” Andrew Kingston of the Australian National University, said in a statement.. “With more development, we envision ghost X-ray tomography as a route to cheaper and, therefore, much more readily available 3-D X-ray imaging machines for medical imaging, industrial imaging, security screening and surveillance.”

A second team, from the Paul Scherrer Institute in Switzerland, led by Marco Stampanoni, together with a team from the Deutsches Elektronen-Synchrotron (DESY) in Germany and the ESRF, worked is utilizing high brilliance x-ray sources

“High-brilliance X-ray sources are quite useful for biology and materials science because they can probe faster processes and higher resolutions than other X-ray sources,” the paper’s first author Pablo Villanueva-Perez from DESY, said in a statement. “Because the power of these sources can destroy the sample after a single pulse, current 3-D imaging using the full power of these sources requires multiple identical copies of a sample.”

Using the new technique, researchers can make the required measurements to form a 3D image before destroying the sample, which could be useful for delicate biological samples. In the new approach, a crystal splits one incoming X-ray beam into nine beams that simultaneously illuminate the sample. Using detectors oriented to record information from each beam allows researchers to acquire at once nine different 2-D projections of a sample object before it is destroyed by the intense X-ray probe beams.

“We would like to combine our technique with the unique capabilities of the European X-Ray Free-Electron Laser Facility, the first facility to deliver X-ray pulses at a rate of one million pulses per second,” Villanueva-Perez said. “This could allow 3-D exploration of fast processes at speeds of millions of frames per second.”

Both the ghost tomography and single shot approach studies were published in the Optical Society of America.