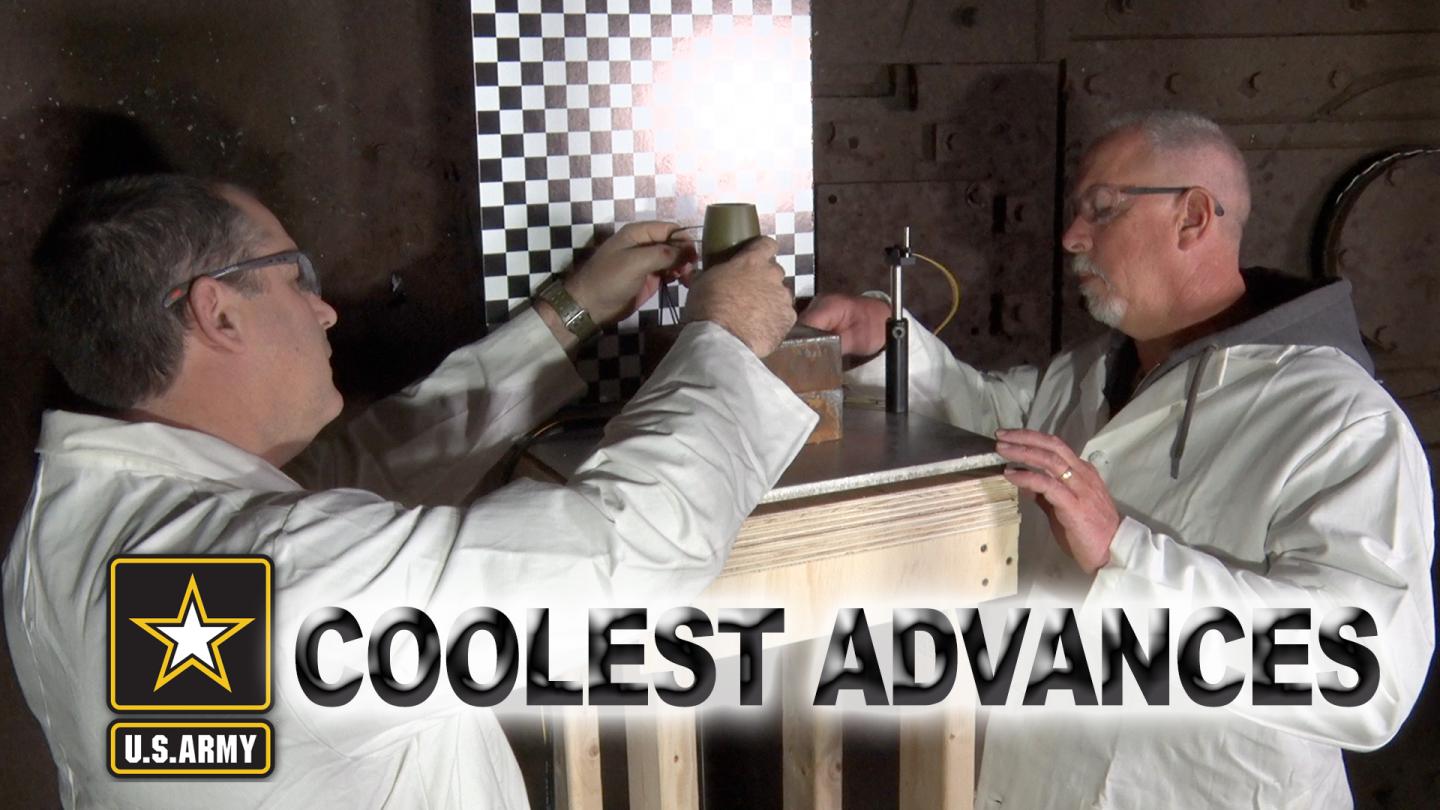 Army scientists and engineers have been busy in 2018 discovering, innovating and transitioning science and technology solutions to modernize the force and support the Soldier of the future. Credit: US Army graphic

The lab’s chief scientist, Dr. Alexander Kott, handpicked the “coolest” advances to showcase what Army scientists and engineers are doing to support the Soldier of the future with a “Top 10” list from 2018:

Future American Soldiers will rely on powerful quantum computers and sensors, according to Army scientists. They’ll need to communicate this quantum information through what’s known as entanglement, something Albert Einstein called, “spooky action at a distance.”

In 2018, Army scientists published their findings in the journal Nature describing how two separated photons can now stay entangled without distortion.

As a traveling photon hurtles through the air or optical fiber, entanglement gets distorted. Now, scientists found a way to restore the entanglement of the traveling photon by manipulating the one that stayed local. They say this is a big step on the road to ultra-secure battlefield communications.

By mimicking brain functions in computing, researchers opened a new solution space that moves away from traditional computing architectures and towards devices that are able to operate within extreme size-, weight-, and power-constrained environments.

Some of the best methods in cyber security rely on the difficulty of factoring large composite integers. It can take years on conventional computers. The research team devised a way to factor large integers by harnessing the massive parallelism of novel computers that mimic the functioning of the mammalian brain. These neuromorphic computers operate under vastly different principles than conventional computers. This advance may help future Army computing devices rapidly solve extremely complex problems in the field conditions where power and connectivity are limited.

Number 7: Peeking inside a gas turbine’s combustor with a strong X-ray

Previously it was impossible to image and measure the atomization process in a gas turbine combustor. Now, for the first time ever, Army scientists discovered a way to do this with an experiment at Argonne National Laboratory’s Advanced Photon Source.

“We had a combustion going on, which was done for the first time ever at [Advanced Photon Source] and we imaged the spray breakup at the very tip of the injector using an X-Ray source,” said Dr. Tonghun Lee, an associate professor in the Department of Mechanical Science and Engineering University of Illinois at Urbana-Champaign, who joined forces with the Army’s corporate laboratory in 2018. “Typically that region where the liquid breaks up is very dense and it’s difficult to image anything inside there.”

Scientists said this new information will help design of future gas turbine combustors that may operate on alternative jet fuels, and to develop engines with higher power density and efficiency.

This discovery is literally cool because it is a thermal barrier material. It coats turbine blades of Army helicopter engines, and keeps the blades from overheating. Unfortunately, in places like the desert, tiny particles of sand get into a turbine engine, melting and sticking to the coating.

“We are facing, especially in Southwest Asia, and other places, brown-out conditions,” said Dr. Anindya Ghoshal, a scientist at the laboratory’s Vehicle Technology Directorate. “We have a lot of dust particles that blow out, especially when you’re hovering.”

Army scientists created a new material that rejects the sand particles. With this extra protection, the blades survive far longer and Army helicopters keep flying and fighting. The team published its findings in the Journal of Engineering for Gas Turbines and Power.

A new super strong alloy of copper and tantalum can withstand extreme impact and temperature, just like the fictitious material of Captain America’s shield. It is also a good candidate for making projectiles or armor for Army applications.

Army scientists created a nanocrystalline alloy of copper and tantalum with grains of an average size of about 50 nanometers, arranged into clusters. This helps it maintain an exceptionally high and consistent level of mechanical strength and microstructure stability.

“Within these very small grains, we built in a microstructure that’s even smaller than the grain size due to tantalum’s nanoclusters,” said Dr. Kristopher Darling, a materials scientist with the lab’s Lightweight and Specialty Metals Branch. “This doubles the material’s strength and stability, making it immune to the deformation response.”

The team published its findings to the journal Nature.

Army-sponsored research found a range of general principles that enable biological systems, for example a grasshopper, to jump incredibly fast and far for its size. Such systems amplify the maximum throwing power of a limb by storing the energy in a bow or sling shot with a latch mechanism for sudden release. The design principles are common to animals, plants, fungi and machines that use elastic structures to maximize kinetic energy. The research is part of a Multidisciplinary University Research Initiative between Duke University, Carnegie Mellon University, University of Massachusetts Amherst, University of California Irvine and Harvard University.

In the future, jumping robots may collect battlefield intelligence while remaining unnoticed. The researchers published their findings in the journal Science.

Number 3: New explosive is more powerful than TNT and safer

Energetic materials can be notoriously unstable and prone to explode. BODN includes molecular features that make it stable. Unlike TNT, BODN is non-toxic. But like TNT, it is easy to melt for manufacturing of artillery shells. Researchers also developed a cost-effective synthesis process for the production of BODN. This research is published in Chemical & Engineering News.

Army scientists have developed new human-in-the-loop machine learning techniques for robots or computer programs to learn — dramatically faster and with significantly less data — how to perform tasks by interacting with a human instructor. The instructor can teach artificial agents in a variety of ways, including demonstration, real-time intervention, and real-time evaluative feedback. Agents using the new algorithms, called Deep TAMER and Cycle-of-Learning, can effectively interpret the instructor’s actions and very quickly learn how to perform new tasks in new environments.

“If we want these teams to be successful, we need new ways for humans to be able to quickly teach their autonomous teammates how to behave in new environments,” said Dr. Garrett Warnell, a researcher at the lab and co-author of the papers.

The nucleus of an atom can store tremendous energies. Army researchers and their multinational partners found a new, safe phenomena to release energy from an atom’s nucleus in a controlled manner. This technique, which is not a nuclear reaction, was never demonstrated experimentally before.

The researchers arranged electrons at just the right speeds to be captured by atoms, tickling their nuclei to release energy. This significant scientific achievement, published in the journal Nature, marks a step in the Army’s quest to find and access alternative energy sources.

“There is clearly a strong motivation to expand the Army’s access to energy and new power sources,” said Dr. James Carroll, a team leader in lab’s Power Components Branch and co-author of the paper.

This is a first demonstration with potential future applications, Carroll said, such as harvesting thousands of times the energy of conventional batteries — and that might power the future Army.