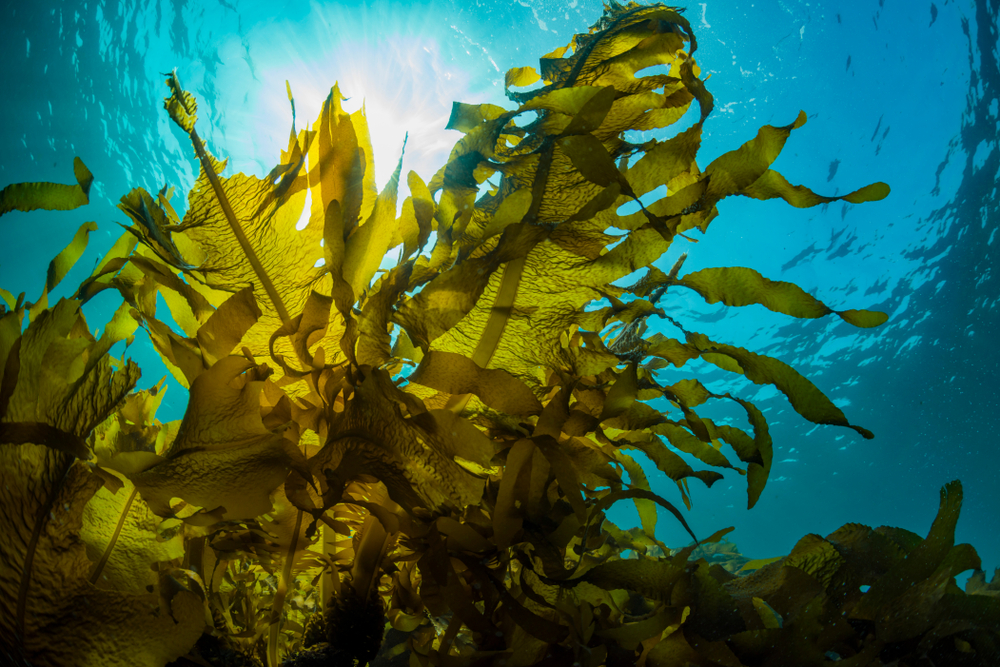 Researchers from Brown University are utilizing graphene oxide to strengthen alginate—a natural material derived from seaweed—and create a unique hydrogel that will become stiffer and softer in response to different chemical treatments. This innovation could be used in several applications, including to make more robust smart materials that react to their surroundings in real time.

After previously working strictly with alginate the researchers found that the alginate-graphene oxide combination enables the alginate to retain its ability to repel oils, giving the material a potential application as a sturdy antifouling coating.

Thomas Valentin, a PhD student in the School of Engineering at Brown University, explained in an exclusive interview with R&D Magazine how the graphene oxide allowed them to create an improved hydrogel.

“The goal was to investigate whether it would improve the alginate and what we found was the addition of the graphene oxide enhanced the chemical resistance significantly so that it wouldn’t degrade,” Valentin said. “Graphene oxide on the nanoscale is extremely strong, way stronger than alginate and slightly weaker than regular graphene but it is still orders of magnitude stronger than alginate on its own,”

To make the new material, the researchers used a 3D printing technique called stereolithography, where an ultraviolet laser with a computer-aided design system controls traces patterns across the surface of a photoactive polymer solution, causing the polymers to link together and form solid 3D structures from the solution, which in this case was comprised of sodium alginate and sheets of graphene oxide. This tracing process repeats until the target object is built layer-by-layer from the bottom up.

This technique allows the alginate polymers to link through ionic bonds that are strong enough to hold the material together. However, the bonds can be broken by certain chemical treatments, giving the material the ability to respond dynamically to external stimuli.

In an earlier study, the researchers discovered that they needed to use ionic crosslinking to create alginate materials. However, these materials degrade on demand, rapidly dissolving when treated with a chemical that sweeps away ions from its internal structure.

“We were looking to improve on that work by improving the mechanical properties and also improving the chemical stability of those hydrogels,” Valentin said. “So we chose to incorporate graphene oxide because it is a nanomaterial, but also has those COOH groups, which alginate also has and that is what enables ionic cross-linking.

“We started incorporating different amounts of graphene oxide into an alginate solution and we started 3D printing with it and looked at the mechanical properties, we looked at the pattern fidelity of all the different formulations and we also looked at some of the chemical stability of them as well,” he added. “What that allowed us to do is 3D print with both alginate and then alginate with graphene oxide.”

In the new study, the team found that they could make the alginate-graphene oxide combination twice as stiff as the alginate alone, but far more resistant to failure through cracking. These new properties could allow the material to be used to print structures that had overhanging parts, which would not be possible using alginate alone.

The researchers also found that the material would swell up and become softer when it is bathed in a chemical that removes its ions. The material then regains its stiffness when the ions were restored by bathing it in ionic salts, making it useful in a number of applications including dynamic cell cultures. The material’s stiffness could be turned over a factor of 500 by varying their external ionic environment.

Another application for the material is as a coating that keeps oil and other substances from building up on surfaces.

The team will now look to develop new experiments with the material and look for ways to streamline its production and optimize its properties.

The study was published in Carbon.