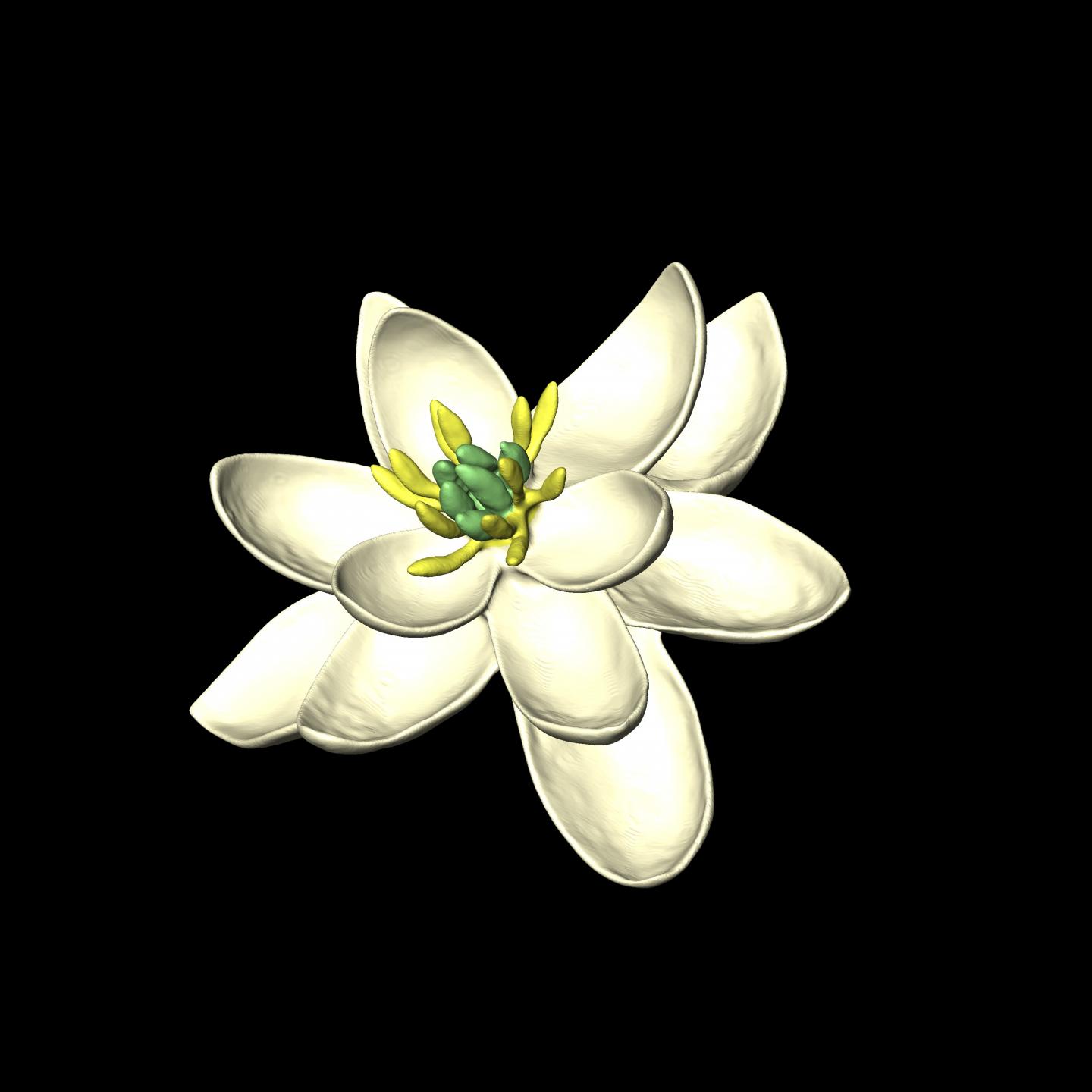 Flowering plants with are by far the most diverse group of plants on Earth. Flowering plants arose only about 140 million years ago, but since then have diversified spectacularly. No one knows exactly how this happened, the origin and early evolution of them remains one of the biggest enigmas in biology. A new study in Nature Communications reconstructs the evolution of flowers and sheds new light on what the earliest flowers might have looked like.

Among the most surprising results is a new model of the original ancestral flower that does not match any of the ideas proposed previously. “When we finally got the full results, I was quite startled until I realized that they actually made good sense”, said Hervé Sauquet, the leader of the study and an Associate Professor at Université Paris-Sud in France. “No one has really been thinking about the early evolution of flowers in this way, yet so much is easily explained by the new scenario that emerges from our models.”

According to the new study, the ancestral flower was bisexual, with both female (carpels) and male (stamens) parts, and with multiple whorls (concentric cycles) of petal-like organs, in sets of threes. About 20% of flowers today have such “trimerous” whorls, but typically fewer: lilies have two, magnolias have three. “These results call into question much of what has been thought and taught previously about floral evolution!”, said Juerg Schoenenberger, a Professor at the University of Vienna, who coordinated the study together with Hervé Sauquet. It has long been assumed that the ancestral flower had all organs arranged in a spiral.

The researchers also reconstructed what flowers looked like at all the key divergences in the flowering plant evolutionary tree, including the early evolution of monocots (e.g., orchids, lilies, and grasses) and eudicots (e.g., poppies, roses, and sunflowers), the two largest groups of flowering plants. “The results are really exciting!” said Maria von Balthazar, a Senior Scientist and specialist of floral morphology and development at the University of Vienna. “This is the first time that we have a clear vision for the early evolution of flowers across all angiosperms.”

The new study sheds new light on the earliest phases in the evolution of flowers and offers for the first time a simple, plausible scenario to explain the spectacular diversity of floral forms. Nevertheless, many questions remain. The fossil record of flowering plants is still very incomplete, and scientists have not yet found fossil flowers as old as the group itself. “This study is a very important step toward developing a new and increasingly sophisticated understanding of the major patterns in the evolution of flowers”, said Peter Crane, President of the Oak Spring Garden Foundation and a colleague familiar with the results of the study. “It reflects great progress and the results on the earliest flowers are especially intriguing”.