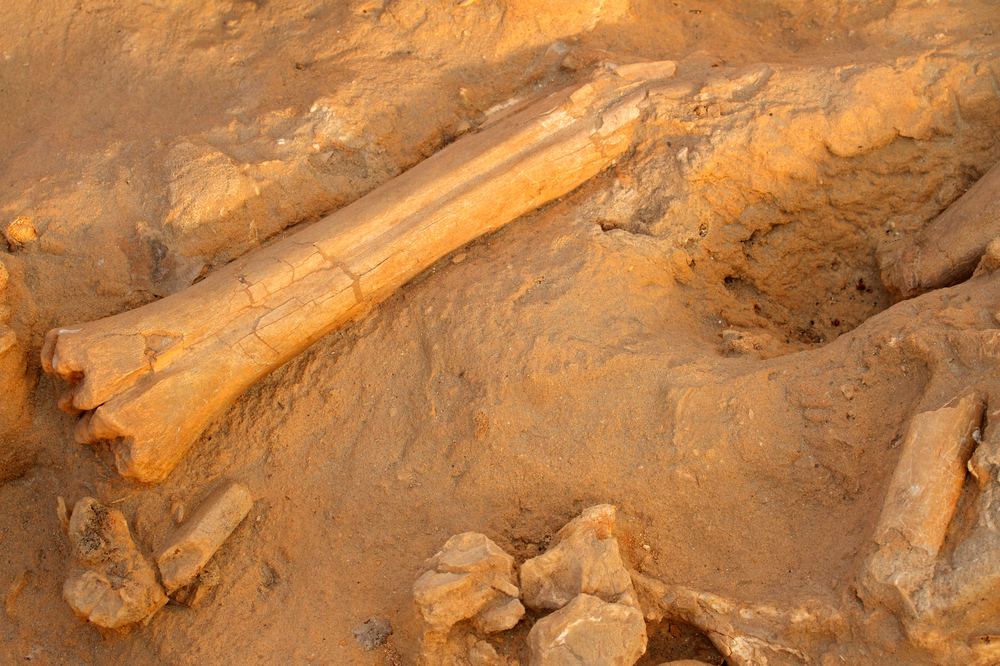 The discovery of a new species of mammal in Alberta’s fossil record has shaken up some long-held beliefs about other species in its lineage.

The ancient Catopsalis kakwa (C. kakwa) was only about the size of a squirrel, and weighed between 400 and 600 grams. What it lacks in size, however, it makes up for in terms of its implications for previous research proposing the evolution of larger body mass in multituberculates, rodent-like mammals named for their teeth that have many cusps, or tubercles, arranged in rows.

Dr. Craig Scott, Ph.D., curator of fossil mammals at the Royal Tyrrell Museum, spent much of 2017 conducting fieldwork in Alberta—where C. kakwa was discovered. Scott, along with Dr. Anne Weil, Ph.D., of Oklahoma State University, and Dr. Jessica Theodor, Ph.D., professor in the Department of Biological Sciences, worked together to determine the identity and lineage of the fossilized species and analyze its tooth row to determine what it might have looked like. Their results were recently published in the Journal of Paleontology.

Through specialized research techniques, the researchers were able to determine that the fossilized tooth row was from a multituberculate mammal that was part of the Taeniolabidoidea, in the Catopsalis lineage.

“This particular group of multituberculates is one of the longest-lived lineages in terms of mammal evolution,” explains Theodor, who specializes in body size analysis in mammals. “They were around when the dinosaurs were here and survived long after they went extinct. That’s incredibly long-lived—about 165 million years.”

Over 200 species are known to have lived in their multi-million years of existence. They were among the most diverse mammals of the early Paleocene era (66 to 56 million years ago), having survived the catastrophic Cretaceous-Palaeogene mass extinction that exterminated dinosaurs. During the species’ long life span, they developed the increasingly specialized arrangement of multituberculate teeth.

It was the analysis of these teeth that helped Theodor, Scott, and Weil determine that the fossil specimen did, in fact, come from a never-before-seen species. C. kakwa is the smallest species of Catopsalis and the smallest Taeniolabidoidea ever discovered.

To reach these findings, Theodor used the biting surface area of the entire cheek tooth row as a starting point for size, instead of the surface area of the first lower molar—a process that works very well for large mammals and has traditionally been used for multituberculates.

“Typically for mammals, you use the size of one tooth in the tooth row to estimate body size. Because mammals process our food with our teeth, the surface area of the tooth is related to the amount of food we have to ingest. As a result, if we measure the size of the tooth and we have a data set of living mammals where we know the size of their teeth relative to their overall body mass, we can write a predictive equation of the body size range for a particular tooth size,” Theodor explains.

However, there’s some new work that’s been done in rodents where, instead of using one tooth, they use the entire tooth row.”

Theodor took the length of the chewing tooth row (which functions similarly to human pre-molars and molars) and compared it with rodents. C. kakwa’s body mass was estimated using that whole dimension rather than a single tooth.

Further, while it has long been believed that species in the Catopsalis lineage gradually increased in body size, the finding of C. kakwa imply that is not the case. Until the discovery of C. kakwa, the evolution of Catopsalis appeared to document increasing body size.

“Because the trend in these multituberculates seems to be getting bigger and bigger, this thing is so unexpected in that it’s quite small and temporally it’s quite late in the game,” Scott explains.

C. kakwa’s size—and the fact that it was alive in the late early Paleocene—complicates the evolutionary history of Taeniolabidoidea, and implies either a ghost lineage or an evolutionary reversal of characteristics, going from large to small body size. A ghost lineage is when there is an extensive part of the evolutionary record of an animal that is not currently recognized in the fossil record; in this case, the fossil history of the mysterious small-sized Catopsalis has not yet been found.

With this new piece of the evolutionary puzzle, next steps for the team include further study of C. kakwa to better understand the evolutionary history of C. kakwa and taeniolabidoid multituberculates, and determine whether a ghost lineage or a reversal of characteristics is more likely to have occurred.