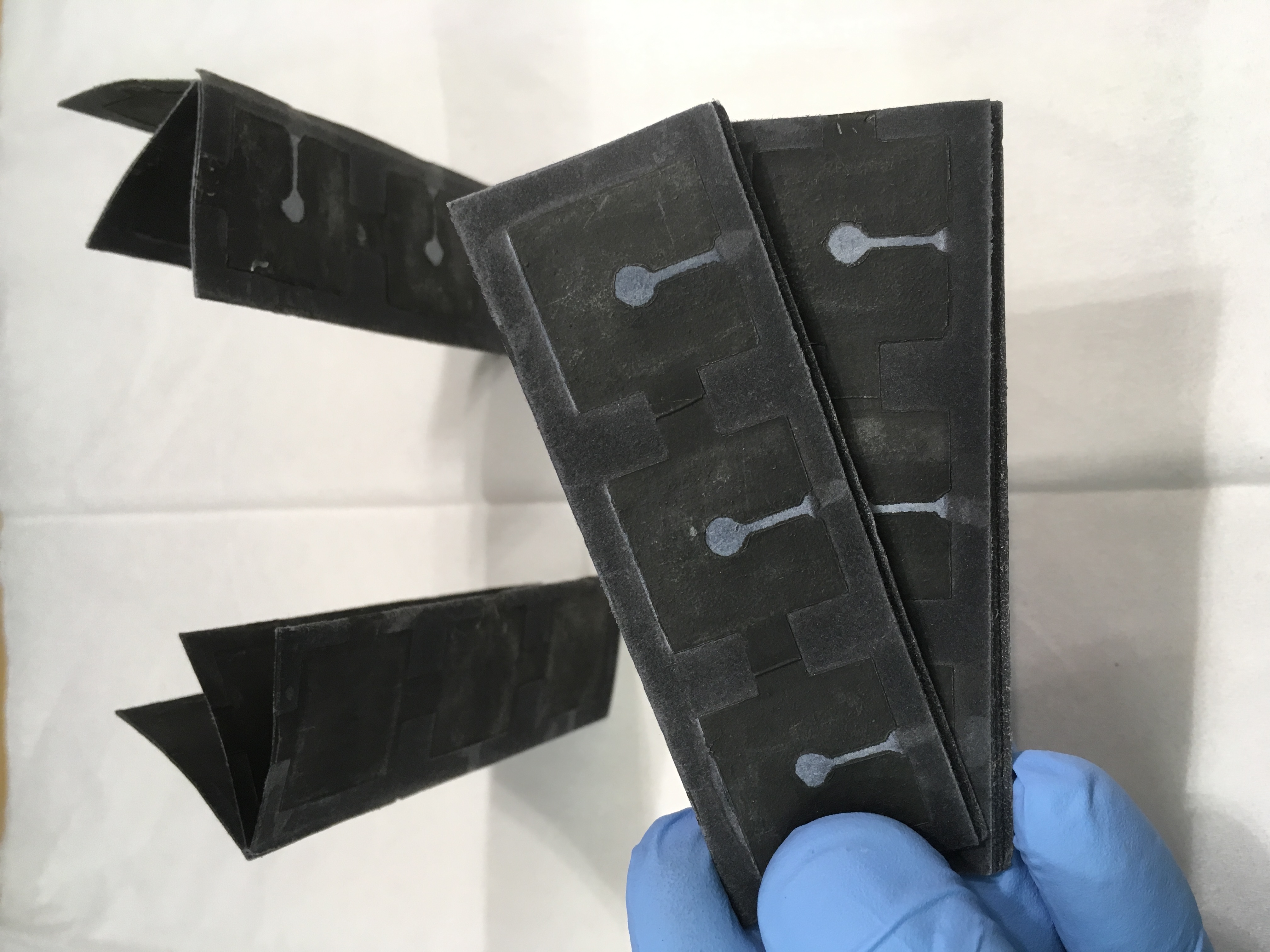 In remote areas of the world or in regions with limited resources, everyday items like electrical outlets and batteries are luxuries. Health care workers in these areas often lack electricity to power diagnostic devices, and commercial batteries may be unavailable or too expensive. New power sources are needed that are low-cost and portable. Today, researchers report a new type of battery –- made of paper and fueled by bacteria — that could overcome these challenges.

“Paper has unique advantages as a material for biosensors,” says Seokheun (Sean) Choi, Ph.D., who is presenting the work at the meeting. “It is inexpensive, disposable, flexible and has a high surface area. However, sophisticated sensors require a power supply. Commercial batteries are too wasteful and expensive, and they can’t be integrated into paper substrates. The best solution is a paper-based bio-battery.”

Researchers have previously developed disposable paper-based biosensors for cheap and convenient diagnosis of diseases and health conditions, as well as for detecting contaminants in the environment. Many such devices rely on color changes to report a result, but they often aren’t very sensitive. To boost sensitivity, the biosensors need a power supply. Choi wanted to develop an inexpensive paper battery powered by bacteria that could be easily incorporated into these single-use devices.

So Choi and his colleagues at the State University of New York, Binghamton made a paper battery by printing thin layers of metals and other materials onto a paper surface. Then, they placed freeze-dried “exoelectrogens” on the paper. Exoelectrogens are a special type of bacteria that can transfer electrons outside of their cells. The electrons, which are generated when the bacteria make energy for themselves, pass through the cell membrane. They can then make contact with external electrodes and power the battery. To activate the battery, the researchers added water or saliva. Within a couple of minutes, the liquid revived the bacteria, which produced enough electrons to power a light-emitting diode and a calculator.

The researchers also investigated how oxygen affects the performance of their device. Oxygen, which passes easily through paper, could soak up electrons produced by the bacteria before they reach the electrode. The team found that although oxygen slightly decreased power generation, the effect was minimal. This is because the bacterial cells were tightly attached to the paper fibers, which rapidly whisked the electrons away to the anode before oxygen could intervene.

The paper battery, which can be used once and then thrown away, currently has a shelf-life of about four months. Choi is working on conditions to improve the survival and performance of the freeze-dried bacteria, enabling a longer shelf life. “The power performance also needs to be improved by about 1,000-fold for most practical applications,” Choi says. This could be achieved by stacking and connecting multiple paper batteries, he notes. Choi has applied for a patent for the battery and is seeking industry partners for commercialization.

The researchers acknowledge support and funding from the National Science Foundation, the Office of Naval Research and the Research Foundation for the State University of New York.