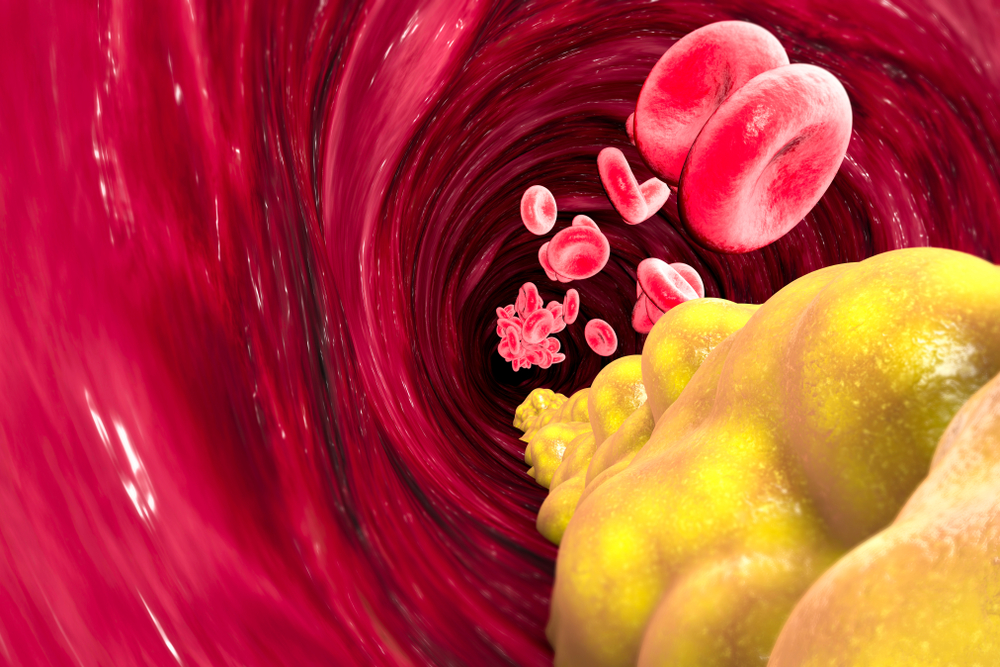 A new algorithm can determine whether a patient is likely to have a cholesterol-raising genetic disease that can cause early, and sometimes fatal, heart problems, reports a new study conducted by researchers at the Stanford University School of Medicine and their collaborators.

The disease, known as familial hypercholesterolemia, is often misdiagnosed as garden-variety high cholesterol.

"We think that less than 10 percent of individuals with FH in the United States actually know that they have it," said Joshua Knowles, MD, PhD, assistant professor of cardiovascular medicine at Stanford. It's a serious oversight, he added, because an FH patient with high cholesterol is three times more likely to develop early heart disease than someone who has high cholesterol but not FH. A person with FH faces 10 times the risk of heart disease as someone with normal cholesterol.

Knowles and Nigam Shah, MBBS, PhD, associate professor of medicine and of biomedical data science, have come up with a solution to help catch more cases of FH: a computer algorithm that flags patients who are likely to have the disease. In test runs of the algorithm, it correctly identified 88 percent of the cases it screened. Theoretically, if the algorithm were used in a clinic, any patient it flagged as having FH could undergo further genetic testing to verify the algorithm's calculation.

Without intervention, around 50 percent of men with FH have a heart attack by age 50 and about 30 percent of women by age 60. But swift, early diagnosis and treatment of the disease can essentially neutralize this threat, Shah said. The trick is to catch it before it's too late, and this is where Knowles and Shah think their algorithm could make an impact.

One diagnosis could even help multiple people, Knowles said. Because FH is genetic, if one family member has the disease, it's likely that other relatives have it too. "So screening family members of FH patients is really important, just like it would be with breast cancer or any other genetically linked illness," he said.

A paper describing the research will be published online April 11 in npj Digital Medicine. Shah and Knowles, who is the director of the FH clinic at Stanford Health Care's Center for Inherited Cardiovascular Disease, share senior authorship. Juan Banda, PhD, a former research scientist at Stanford, is the lead author.

The project is part of a larger initiative called Flag, Identify, Network, Deliver FH, or FIND FH, a collaborative effort involving Stanford Medicine and the nonprofit Familial Hypercholesterolemia Foundation that aims to identify and engage individuals and families affected by the disease by leveraging machine learning and big data.

People with FH carry a mutation that hinders their bodies' ability to clear harmful LDL cholesterol that collects in arteries and clogs them. Hypothetically, anyone who walked into a hospital could have genetic testing and know whether they had inherited an FH mutation.

Unfortunately, Shah said, hospitals don't have the means to sequence patients on such a large scale, even as prices for genome sequencing drop. "The problem is, the chance that someone seen in the cardiology clinic has this genetic condition is somewhere around 1 in 90, or 1 in 100, so it doesn't make sense to sequence every single person," he said.

So Shah and his fellow researchers designed an algorithm that works like a sieve, capturing only those who are likely to have the disease. "Theoretically, when someone comes into the clinic with high cholesterol or heart disease, we would run this algorithm," Shah said. "If they're flagged, it means there's an 80 percent chance that they have FH. Those few individuals could then get sequenced to confirm the diagnosis and could start an LDL-lowering treatment right away."

To create the algorithm, the team used data from Stanford's FH clinic to learn what distinguishes an FH patient in an electronic health record. The researchers trained the algorithm to pick up on a combination of family history, current prescriptions, lipid levels, lab tests and more to understand what details signal the disease.

Shah compared it to training a spam filter that catches fishy emails. Instead of simply applying rules, such as "must mention money," spam filters learn what to flag by using actual spam emails as examples of what to capture -- just as the FH algorithm learns by looking at information about real FH patients.

The scientists built the algorithm's foundation using data from 197 patients who had FH and 6,590 who did not, allowing the computer program to learn the difference between the two.

"In the end, you get a ranking that shows who is most likely to have the disease," said Shah. "Those who rank at the top have the highest likelihood and, as you move toward the bottom, the likelihood tapers off."

While the software could fill a gap in FH diagnoses, Knowles and Shah acknowledge that it's not a sure-fire solution to catch all cases. "Not everything can be solved by an algorithm," Shah said. "We're also thinking about how we can work with the FH Foundation to implement networks of family screening to reach more patients who might have the disease and not know it."

Toward AI in the clinic

Once the algorithm was trained, the team moved on to the testing phase, initially running it on a set of roughly 70,000 de-identified patient records it had never encountered. From the patients flagged, the team reviewed 100 patient charts, extrapolating that the algorithm had detected patients who had FH with 88 percent accuracy.

Next, the researchers teamed up with the Geisinger Healthcare System to test the algorithm on 466 FH patients and 5,000 non-FH patients. "The predictions came back with 85 percent accuracy, and we knew that many of the Geisinger patients had a confirmed FH diagnosis with genetic sequencing," Shah said. "So that's how we convinced ourselves that yes, this indeed works."

Now, Knowles and Shah are working on ways to implement the algorithm in doctors' offices, something they're actively pursuing for Stanford's FH clinic.

The work is an example of Stanford Medicine's focus on precision health, the goal of which is to anticipate and prevent disease in the healthy and precisely diagnose and treat disease in the ill.