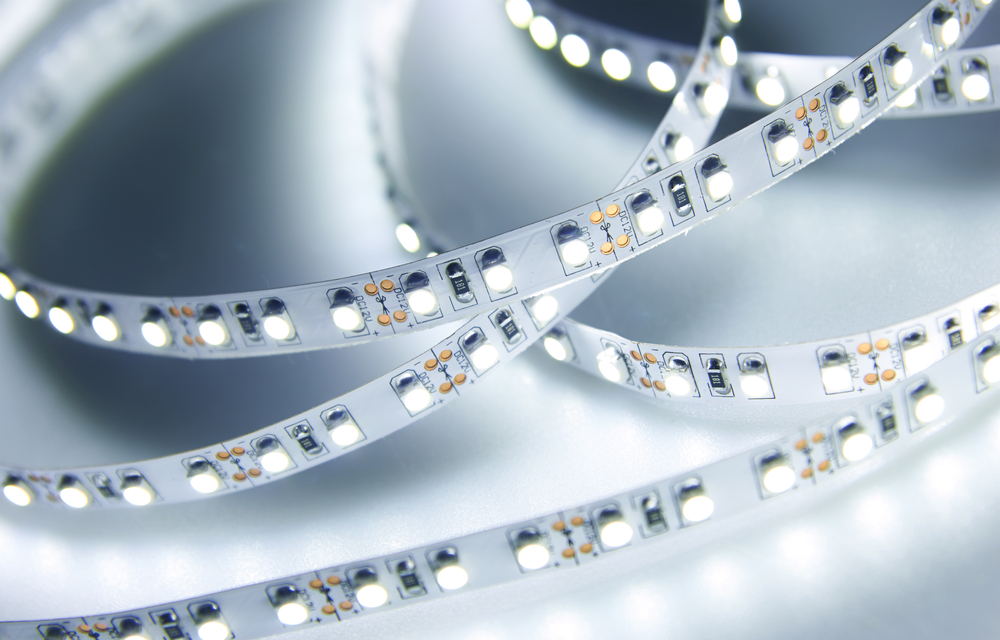 An example of an istostructural alloy is an LED.

New research into the largely unstudied area of heterostructural alloys could lead to greater materials control and in turn better semiconductors, advances in nanotechnology for pharmaceuticals and improved metallic glasses for industrial applications.

Heterostructural alloys are blends of compounds made from materials that don’t share the same atom arrangement. Conventional alloys are isostructural, meaning the compounds they consist of, known as the end members, have the same crystal structure.

“Alloys are all around us,” said study co-author Janet Tate, a physicist at Oregon State University. “An example of an istostructural alloy is an LED; you have a semiconductor like aluminum gallium arsenide, dope it with a particular material and make it emit light, and change the color of the light by changing the relative concentration of aluminum and gallium.”

Structure and composition are the two means of controlling the behavior of materials, Tate said. Combining materials gives the alloy properties between those that the end members have individually.

“If two materials have different structures, as you mix them together it’s not so clear which structure will win,” said Tate, the Dr. Russ and Dolores Gorman Faculty Scholar in the College of Science. “The two together want to take different structures, and so this is an extra way of tuning an alloy’s properties, a structural way. The transition between different crystal structures provides an additional degree of control.”

Tate and collaborators from around the world, including the National Renewable Energy Laboratory, published their findings in Science Advances.

“This is a very interesting piece of materials science that represents a somewhat uncharted area and it may be the beginning something quite important,” Tate said. “The heterostructural alloy concept had been known before, but it’s different enough that it hadn’t really been explored in a detailed phase diagram – the mapping of exactly how, at what temperature and what concentration, it goes from one structure to another.

“This paper is primarily the NERL’s theoretical work being supported by other collaborators’ experimental work,” Tate said. “Our involvement at OSU was in making one of the kinds of heterostructural alloys used in the research, the combination of tin sulfide and calcium sulfide.”

Tate and graduate student Bethany Matthews have been focusing on the semiconductor application.

“Tin sulfide is a solar cell absorber, and the addition of calcium sulfide changes the structure and therefore the electrical properties necessary for an absorber,” Tate said “Combining tin sulfide with calcium sulfide makes it more isotropic – properties being the same regardless of orientation – and that’s usually a useful thing in devices.”

In this study, thin-film synthesis confirmed the metastable phases of the alloys that had been predicted theoretically.

“Many alloys are metastable, not stable – if you gave them enough time and temperature, they’d eventually separate,” Tate said. “The way we make them, with pulsed laser deposition, we allow the unstable structure to form, then suppress the decomposition pathways that would allow them to separate; we don’t give them enough time to equilibrate.”

Metastable materials – those that are thermodynamically stable provided they are not subjected to large disturbances – are in general understudied, Tate said.

“When theorists predict properties, they tend to work with materials that are stable,” she said. “In general the stable compounds are easier to attack. The idea here with heterostructural alloys is that they give us a new handle, a new knob to turn to change and control materials’ properties.”

In addition to scientists at the National Renewable Energy Laboratory, the collaboration included researchers at the University of Colorado, the Colorado School of Mines, the SLAC National Accelerator Laboratory, and Harvard University.

The U.S. Department of Energy supported this research.