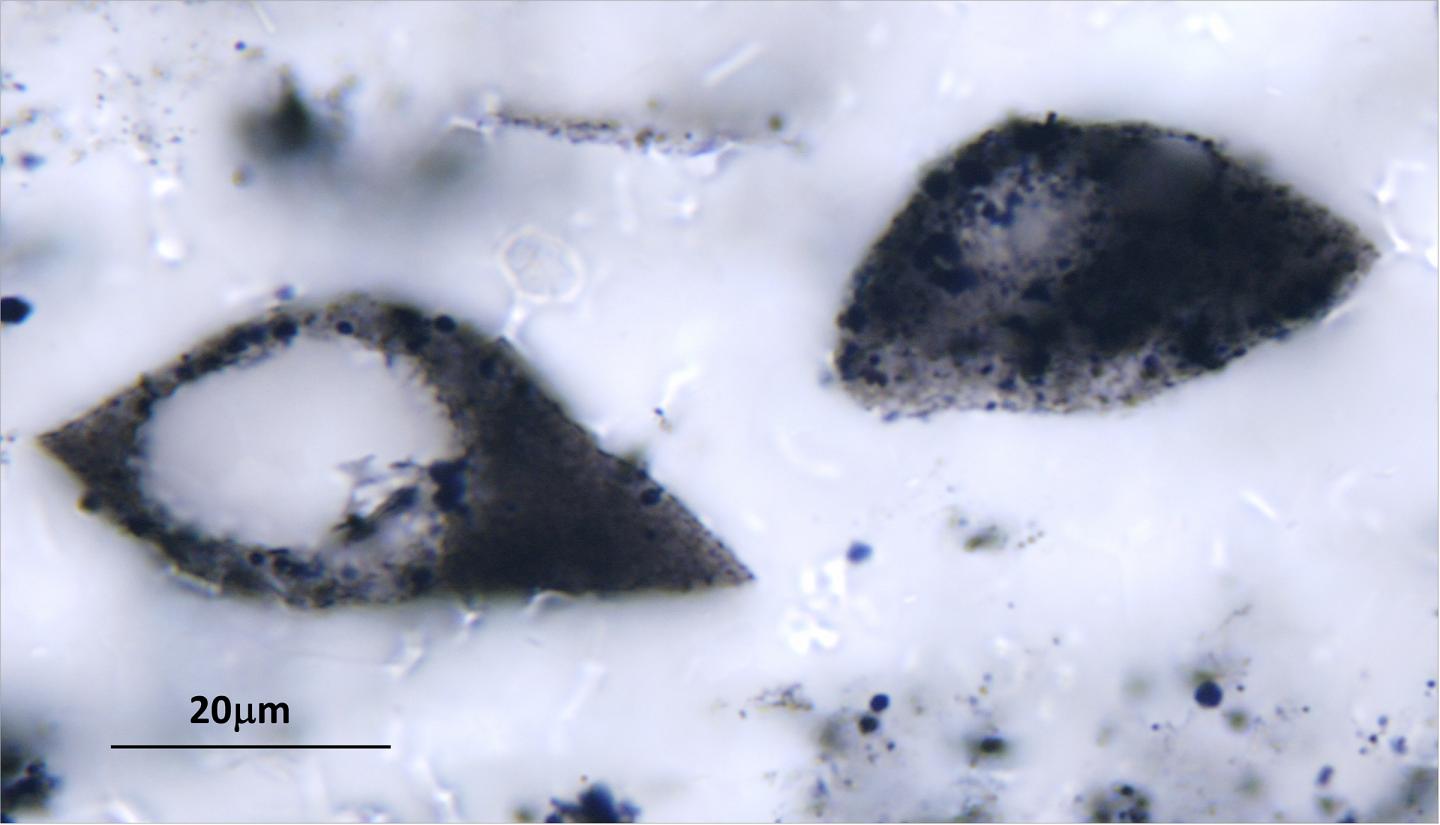 Large, robust, lens-shaped microfossils from the approximately 3.4 billion-year-old Kromberg Formation of the Kaapvaal Craton in eastern South Africa are not only among the oldest elaborate microorganisms known, but are also related to other intricate microfossils of the same age found in the Pilbara Craton of Australia, according to an international team of scientists.

The researchers report that the “Kromberg Formation (KF) forms are bona fide, organic Archean microfossils and represent some of the oldest morphologically preserved organisms on Earth,” in the July issue of Precambrian Research. They also state that the combination of morphology, occurrence and carbon isotope values argues that the lenticular forms represent microbes that had planktonic stages to their life cycles.

“We hoped to determine if, in fact, the South African examples could be linked with the Australian examples, as it would give us additional insight into the evolutionary history and significance of these unusual forms,” said Dorothy Z. Oehler, senior scientist, Planetary Science Institute, Tuscon Arizona. “Maud (M. Walsh, professor of plant, environmental and soil sciences, Louisiana State University) first discovered the lenticular forms in the Kromberg formation and sent us some samples and we all collaborated on the interpretation. We did isotopic analysis along with comparison of the South African and Australian examples in terms of their morphologies and the types of rocks and geologic settings in which the fossils occurred.”

These fossils all occur in sedimentary rocks — chert — in what was once shallow water. And, according to the researchers, it appears that the samples from two sites in Australia and one in South Africa are related.

“Many people believe that the Kaapvaal Craton of Southern Africa and the Pilbara Craton of Australia formed a single continent at that time,” said Christopher H. House, professor of geosciences and director, Penn State Astrobiology Research Center. “But we really don’t know.”

Familiar fossils such as trilobites were alive just 200 million years ago and first appeared 500 million years ago. The lenticular organisms appeared 3,450 million years ago, spread at least from where Australia was then to South Africa and then disappeared from the fossil record. They are larger and more elaborate than any other organism existing around at that time.

“These fossils don’t appear to relate to anything on the Earth that we know of,” said House. “They seem to be an experiment in adaptation that does not leave a lineage.”

The researchers analyzed the fossils to determine the isotopic relationship between carbon 12 and carbon 13, two isotopes of carbon that exist in everything but whose ratios can indicate organic material. They used Secondary Ion Mass Spectroscopy, a process where an ion beam kicks ions off the surface of a substance so that those ions can be identified.

“When the carbon isotope data came back we were excited,” said Oehler. “It helped to confirm the biogenicity of the South African forms and told us that the organic microfossils from the three deposits were likely to represent organisms that were biologically related.”

The researchers also note that the isotopic make up and morphology of these fossils set them apart from other microfossils found from the Precambrian — 4,600 million years ago to 541 million years ago. These robust microorganisms existed for 400 million years and were abundant and widespread. Because they have thick robust walls and behave like plankton — floating in the ocean surface waters — they may have had an advantage for survival in the early Earth’s higher ultraviolet radiation and sometimes chaotic environment, which was still being bombarded by large impacts.