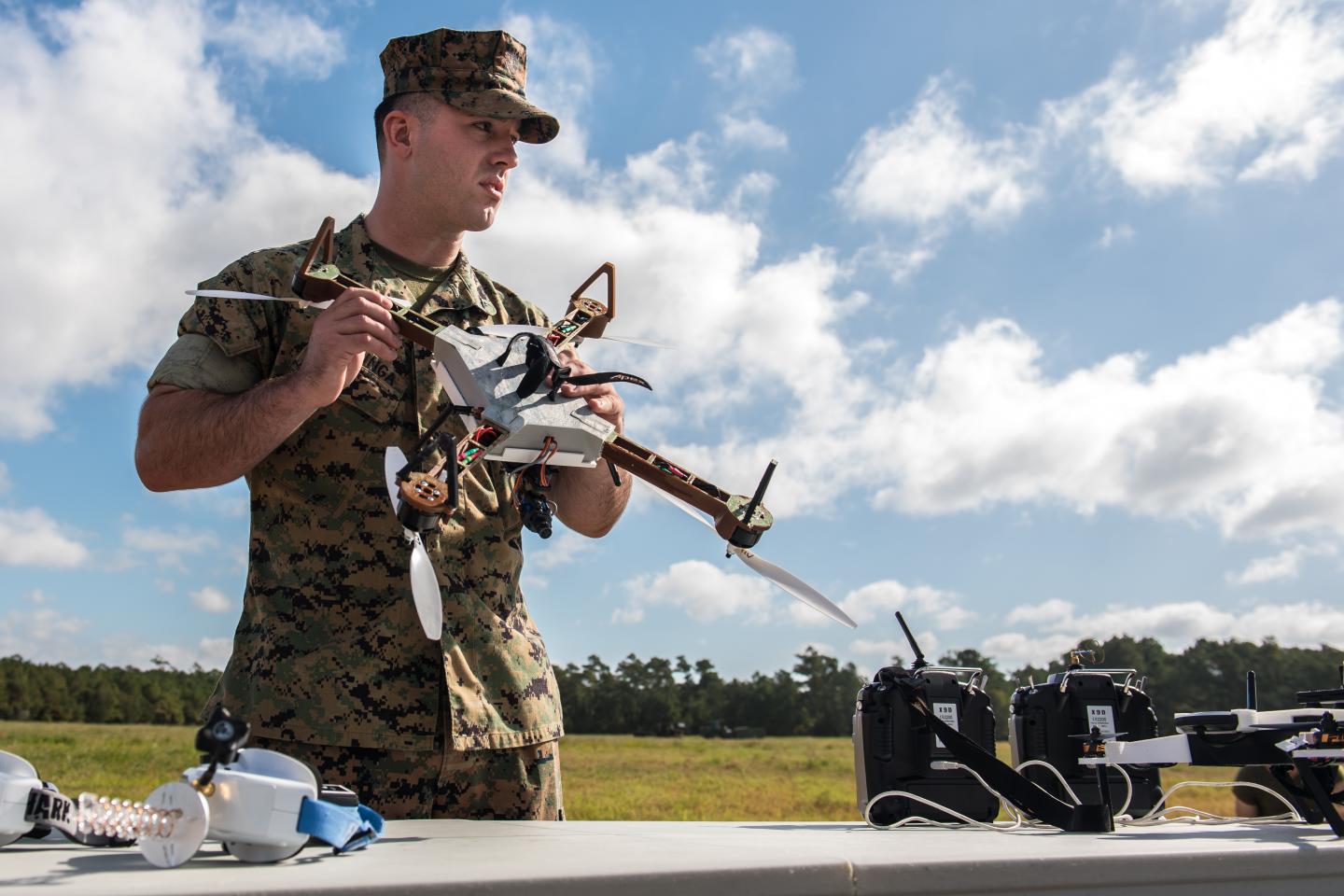 "Several years ago when we were collaborating with our academic partner, Georgia Tech, we had this project where we were focusing on design engineering of small unmanned aircraft systems," said Eric Spero, a team lead within the laboratory's Vehicle Technology Directorate.

Spero and his team brought their idea to fruition at the U.S. Army Training and Doctrine Command's annual event at Fort Benning, Georgia in 2016. The Army Expeditionary Warrior Experiment or AEWE puts new technologies in the the hands of Soldiers.

This is theme of a new YouTube documentary released by the U.S. Army Research Laboratory (see related links). The video details how researchers first envisioned on-demand printing with a suite of tools that would allow for Soldiers to enter mission parameters and then get a 3-D printed aviation asset within 24 hours.

Researchers then reached out the the U.S. Marine Corps and started working with them to provide a software catalog that Marines would use to select and print an unmanned aircraft system for a specific mission.

Additive manufacturing, or 3-D printing is maturing as a viable means to produce mission-essential parts or equipment at the point of need, said ARL engineer Larry (LJ) R. Holmes Jr.

"We have interacted with Marines who have never touched an unmanned system before to Marines who are experts in unmanned aerial flight," Holmes said. "Across the board they were all they all seemed to be very interested in the topic of being able to manufacture a tool that they can use that was mission specific and has a turn around."

Holmes said the Marines expected the turn around to be days or weeks and they showed them that the turnaround time can be anywhere from minutes to hours.

Researchers said they plan to streamline their processes based on feedback received from the Marines in order to enable unprecedented situational awareness.

"Things like additive manufacturing with materials, artificial intelligence and machine learning, unmanned systems technologies, these will enable us to bring together the capabilities that will allow the future Soldiers and Marines the decisive edge that they need in the battlefield," said Elias Rigas, a division chief in ARL's Vehicle Technology Directorate.

The capability to print something from a spool of plastic that flies off on a military mission is something that captures the imagination, Holmes said.

"I think a lot of folks are interested in additive manufacturing because we've seen on sci-fi shows...just walking up to a user interface and saying, 'cheeseburger,' and there's my cheeseburger," he said. "I think that as additive manufacturing continues to to grow and the technologies continue to evolve that we're going to get to a point eventually where we will be making things in a similar fashion where you will walk up to your user interface and say, 'unmanned aerial system,' and it will make it for you."