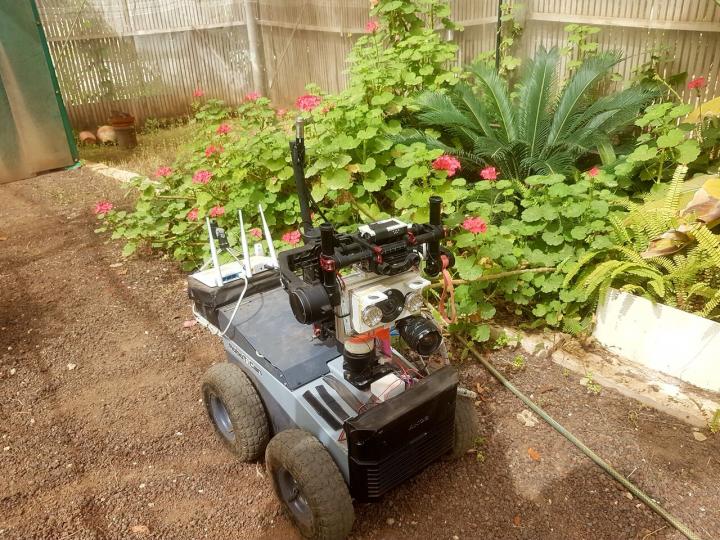 Researchers from Tel Aviv University have created a fully autonomous bat-like robot that uses echolocation to move through new environments.

Bats use echolocation to map new environments and navigate through them by emitting sound and extracting information from the echoes reflected from objects in their surroundings. The new robot, dubbed Robat, uses a biological bat-like approach, emitting sounds and analyzing the resulting echoes.

“To our best knowledge, our Robat is the first fully autonomous bat-like biologically plausible robot that moves through a novel environment while mapping it solely based on echo information—delineating the borders of objects and the free paths between them and recognizing their type,” Itamar Eliakim of Tel Aviv University, said in a statement. “We show the great potential of using sound for future robotic applications.”

With the emergence of robotics used for several applications, researchers have often found it challenging to enable robots to map out new environments.

Robat differs from previous attempts to apply sonar to robotics because it includes a biologically plausible signal processing approach to extract information about an objects’ position and identity.

The new robotic device contains an ultrasonic speaker that mimics the mouth of a real bat and produces frequency modulated chirps at a rate typically used by bats. Robat also has two additional ultrasonic microphones that mimic ears.

The robot delineates the borders of objects it encounters and classifies them using an artificial neural network. This creates a rich, accurate map of the environment, enabling Robat to avoid obstacles.

“The Robat moved through the environment emitting echolocation signals every 0.5 m thus mimicking a bat flying at 5 m/s while emitting a signal every 100 m which is within the range of flight-speeds and echolocation-rates used by many foraging bats,” the study states. “Every 0.5 m, the Robat emitted three bat-like wide-band frequency-modulated sound signals while pointing its sensors in three different headings: -60, 0, 60 degrees relative to the direction of movement.”

In testing, the robot was able to move autonomously through novel outdoor environments and map them using only sound.

The study was published in PLOS Computational Biology.