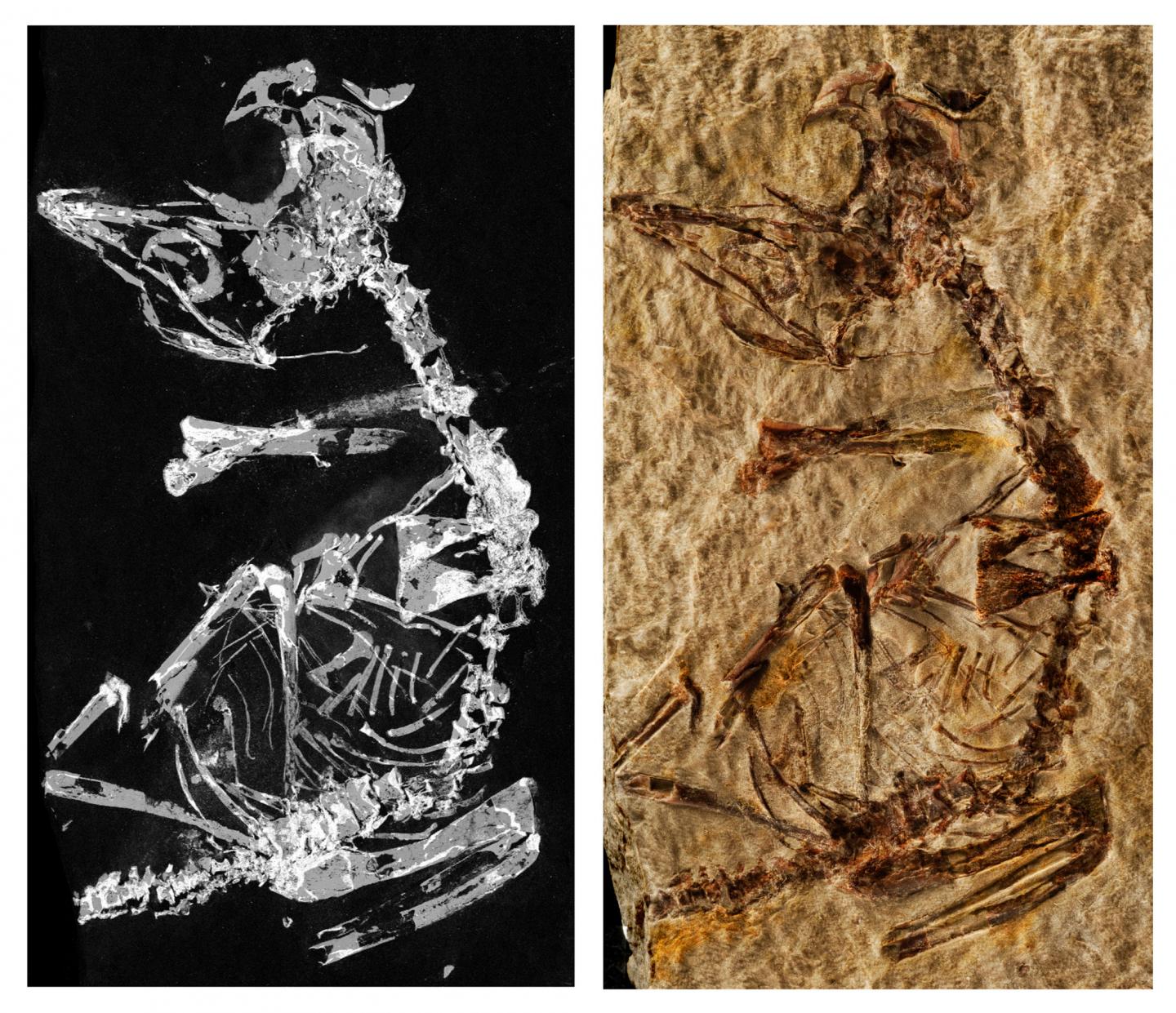 A newly discovered bird fossil could lead to a better understanding on the birds that existed while the dinosaurs roamed the land.

Researchers from the University of Manchester have discovered a small fossil of a prehistoric baby bird from the Enantiornithes group that could help explain how early avians came into the world during the Dinosaur era.

“This new discovery, together with others from around the world, allows us to peek into the world of ancient birds that lived during the age of dinosaurs,” Luis Chiappe, from the LA Museum of Natural History and the study’s co-author, said in a statement. “It is amazing to realize how many of the features we see among living birds had already been developed more than 100 million years ago.”

The new fossil dates back to the Mesozoic Era between 65 and 250 million years ago. The near complete skeleton is amongst the smallest known Mesozoic avian fossils ever found, measuring less than five centimeters and weighing less than three ounces when it was alive.

The researchers used synchrotron radiation to picture the minute specimen at a submicron level and observe the bones’ microstructures in extreme detail.

“New technologies are offering paleontologists unprecedented capacities to investigate provocative fossils,” Fabien Knoll, from The University of Manchester’s Interdisciplinary Centre for Ancient Life (ICAL), School of Earth and Environmental Sciences, and the ARAID–Dinopolis in Spain and lead author of the study, said in a statement. “Here we made the most of state-of-the-art facilities worldwide including three different synchrotrons in France, the UK and the United States.”

By studying and analyzing the process of bone development, the team could shed light on the young bird’s life, learning whether or not it could fly or if it needed to be near its parents after hatching.

“The evolutionary diversification of birds has resulted in a wide range of hatchling developmental strategies and important differences in their growth rates,” Knoll said. “By analyzing bone development we can look at a whole host of evolutionary traits.”

The researchers discovered that the bird’s sternum was largely made of cartilage and the creature had not yet developed into hard, solid bone when it died. This likely means that the bird was unable to fly at the time of its death.

The patterns of ossification in this particular bird, as well as other young enantiornithine birds that have been found, point to the developmental strategies being more diverse than previously thought.

However, the team say that its lack of bone development doesn’t necessarily mean the hatchling was over reliant on its parents for care and feeding, a trait known as being altricial.

Certain modern day birds are dependent on their parents when they are born. Other types of birds, including chickens, are more independent, which is called precocial.