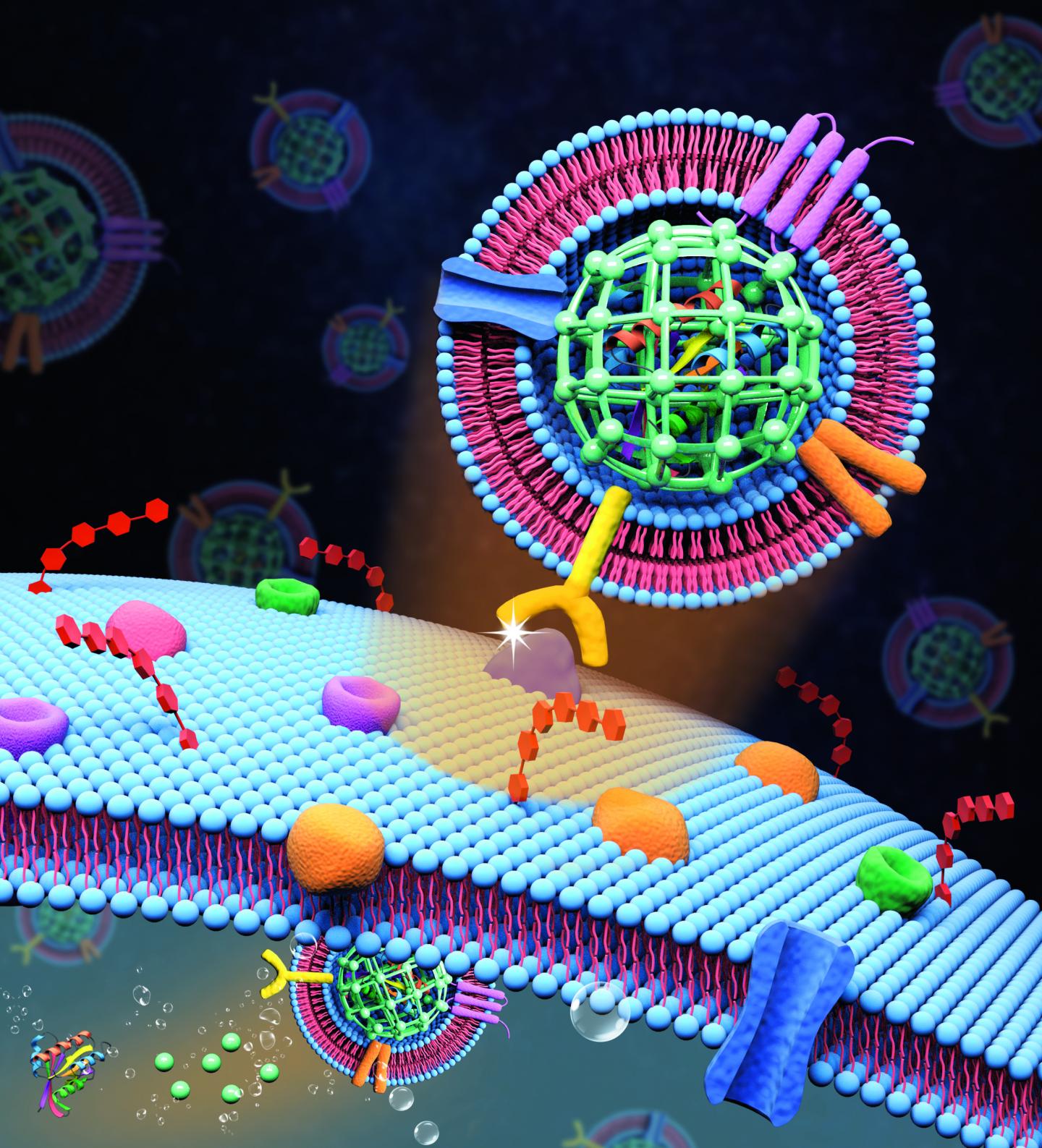 A biomimetic nanosystem can deliver therapeutic proteins to selectively target cancerous tumors, according to a team of Penn State researchers. Using a protein toxin called gelonin from a plant found in the Himalayan mountains, the researchers caged the proteins in self-assembled metal-organic framework (MOF) nanoparticles to protect them from the body's immune system. To enhance the longevity of the drug in the bloodstream and to selectively target the tumor, the team cloaked the MOF in a coating made from cells from the tumor itself.

Blood is a hostile environment for drug delivery. The body's immune system attacks alien molecules or else flushes them out of the body through the spleen or liver. But cells, including cancer cells, release small particles called extracellular vesicles that communicate with other cells in the body and send a "don't eat me" signal to the immune system.

Gong Cheng, lead author on a new paper describing the team's work and a former post-doctoral scholar in Zheng's group now at Harvard, said, "MOF is a class of crystalline materials assembled by metal nodes and organic linkers. In our design, self-assembly of MOF nanoparticles and encapsulation of proteins are achieved simultaneously through a one-pot approach in aqueous environment. The enriched metal affinity sites on MOF surfaces act like the buttonhook, so the extracellular vesicle membrane can be easily buckled on the MOF nanoparticles. Our biomimetic strategy makes the synthetic nanoparticles look like extracellular vesicles, but they have the desired cargo inside."

The nanoparticle system circulates in the bloodstream until it finds the tumor and locks on to the cell membrane. The cancer cell ingests the nanoparticle in a process called endocytosis. Once inside the cell, the higher acidity of the cancer cell's intracellular transport vesicles causes the metal-organic framework nanoparticles to break apart and release the toxic protein into cytosol and kill the cell.

"Our metal-organic framework has very high loading capacity, so we don't need to use a lot of the particles and that keeps the general toxicity low," Zheng said.

The researchers studied the effectiveness of the nanosystem and its toxicity in a small animal model and reported their findings in a cover article in the Journal of the American Chemical Society.

The researchers believe their nanosystem provides a tool for the targeted delivery of other proteins that require cloaking from the immune system. Penn State has applied for patent protection for the technology.