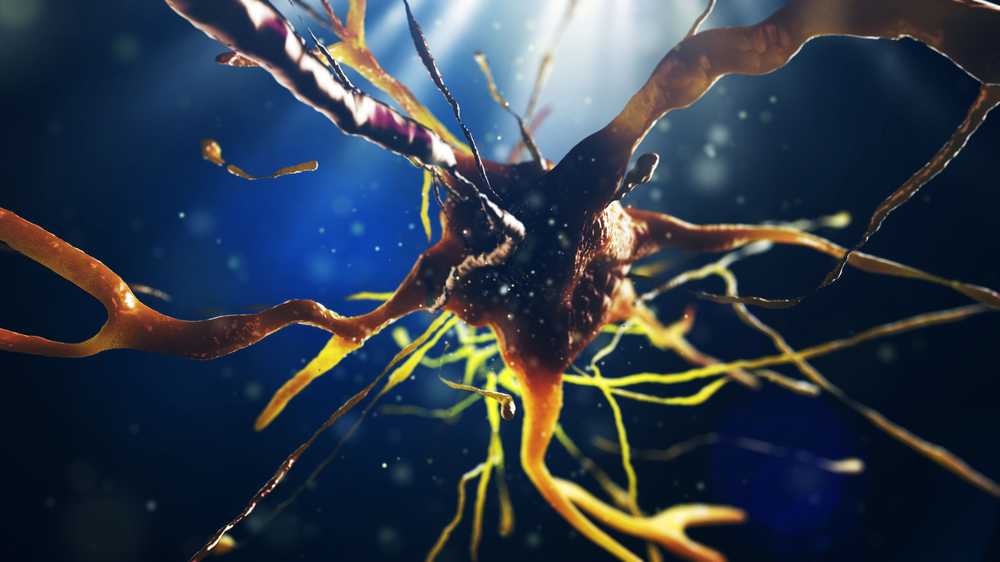 A cellular traffic jam appears to affect neurons in most forms of ALS (amyotrophic lateral sclerosis), researchers at Emory University School of Medicine and Mayo Clinic, Jacksonville have shown.

The results are scheduled for publication in Nature Neuroscience.

ALS research had already identified nuclear transport problems in the most common inherited form of the neurodegenerative disease, caused by mutations in the gene C9orf72. Just a minority of ALS cases can be blamed on inherited mutations; most are sporadic, thought to come from a combination of genetic and environmental factors. The findings suggest that a drug strategy aimed at easing the traffic jam may be generalizable to sporadic and at least some familial types of ALS.

The project began with an investigation of a protein called TDP-43, a “bad actor” in both ALS and FTD (frontotemporal dementia), says senior author Wilfried Rossoll, previously at Emory and now assistant professor of neuroscience at the Mayo Clinic in Jacksonville.

TDP-43 was considered a “victim” of transport defects in the C9orf72 form of ALS, Rossoll says. TDP-43 is normally found in the nucleus. In ALS-affected neurons, truncated forms of TDP-43 aggregate into clumps that are found in the cytoplasm.

“We show that TDP-43 is also a ‘perpetrator’, in that it can cause transport defects on its own in most ALS cases, and potentially other neurodegenerative diseases with TDP-43 pathology, such as frontotemporal dementia,” he says.

Rossoll and his team wanted to figure out how TDP-43 aggregates inflict damage upon neurons. However, these aggregates are difficult to analyze since they are insoluble. The scientists used a technique akin to the way banks attempt to foil robbers by loading dye packs, ready to burst, into stacks of cash.

Yi Zhang, an exchange student at Emory from China, grafted an enzyme onto TDP-43 that slaps a tag onto everything nearby in live cells. Working with Nick Seyfried, assistant professor of biochemistry and neurology and director of the Emory Integrated Proteomics Core, Zhang was able to isolate and identify the tagged proteins.

In neurons in which the TDP-43 fragment was aggregating and making them sick, the enzyme tagged several gatekeeper proteins, components of the nuclear pore, which are critical for moving traffic in and out of the nucleus. When TDP-43 clumps together, so do the nuclear pore proteins.

Ching-Chieh (Ian) Chou, a former Emory graduate student and now a postdoc at Stanford, is the lead author on this study. He found that the clumping alters the shape of the nuclear membrane and the nuclear pores, and thus disrupts the import of proteins into the nucleus and export of RNA out of it. The Emory/Mayo team found alterations in nuclear structure in skin cells obtained from ALS patients by Chad Hales, MD, assistant professor of neurology – both C9orf72 forms and others. They saw similar problems in neurons generated from patients’ induced stem cells..

In post-mortem brain tissue from ALS patients, the researchers could also see clumps of nuclear pore proteins. Significantly, these were visible in sporadic ALS cases as well as those driven by mutations in C9orf72 or TDP-43. This research was conducted with Jonathan Glass, MD, professor of neurology and director of Emory ALS Center.

“TDP43 pathology is seen in about 98 percent of ALS cases and about 50 percent of FTD cases, and our work supports the now accepted conclusion that nucleopore abnormalities are not restricted to C9orf72 expansion mutations,” Glass says. “Confirming the in vitro data in human brain tissue was very important, making the findings that much more relevant.”

He adds that there is still a chicken-or-egg question surrounding TDP-43 aggregation and the nuclear pore abnormalities.

Forcing cultured neurons to produce aggregation-prone TDP-43 fragments is toxic. But the Emory/Mayo team showed that a drug that clamps down on some nuclear transport routes can blunt the toxic effects in culture. The drug, called KPT-335 or verdinexor and made by Karyopharm Therapeutics, inhibits nuclear export. KPT-335 may compensate for disrupted protein import, and also may prevent too much TDP-43 from accumulating outside the nucleus, Rossoll says. Drugs similar to KPT-335 have shown beneficial effects in animal models of the C9orf72 form of ALS, and this class of drugs is headed for clinical studies.