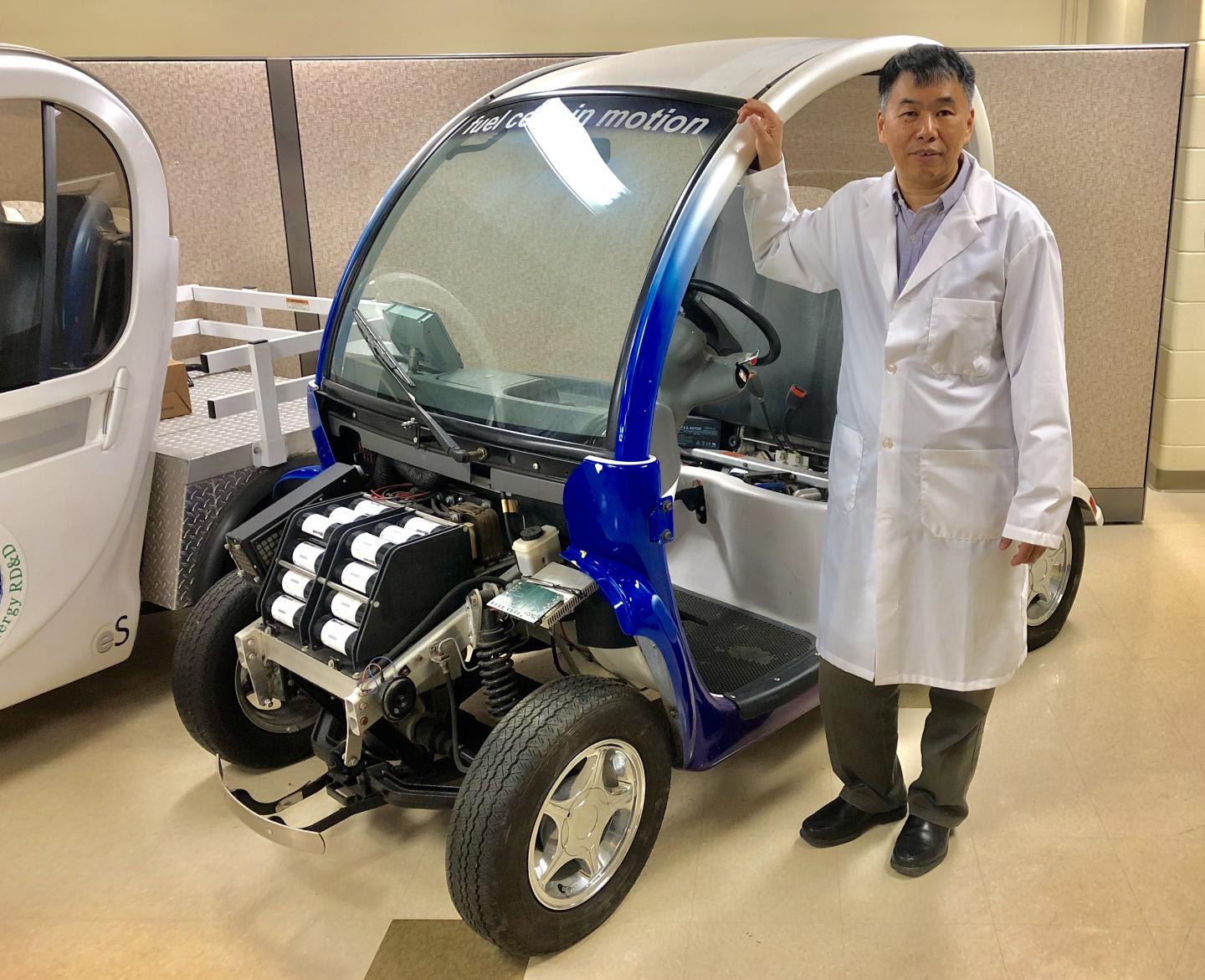 This is Xianguo Li with a fuel cell test vehicle in his lab. Credit: UWaterloo

Advancements in zero-emission fuel cells could make the technology cheap enough to replace traditional gasoline engines in vehicles, according to researchers at the University of Waterloo.

The researchers have developed a new fuel cell that lasts at least 10 times longer than current technology, an improvement that would make them economically practical, if mass-produced, to power vehicles with electricity.

“With our design approach, the cost could be comparable or even cheaper than gasoline engines,” said Xianguo Li, director of the Fuel Cell and Green Energy Lab at Waterloo. “The future is very bright. This is clean energy that could boom.”

Researchers initially concentrated on hybrid vehicles, which now have gas engines as well as batteries due to issues involving limited driving range and long charging times.

Existing fuel cells could theoretically replace those gas engines, which power generators to recharge batteries while hybrid vehicles are in operation, but are impractical because they are too expensive.

The researchers solved that problem with a design that makes fuel cells far more durable by delivering a constant, rather than fluctuating, amount of electricity.

That means the cells, which produce electricity from the chemical reaction when hydrogen and oxygen are combined to make water, can be far simpler and therefore far cheaper.

“We have found a way to lower costs and still satisfy durability and performance expectations,” said Li, a professor of mechanical and mechatronics engineering. “We’re meeting economic targets while providing zero emissions for a transportation application.”

Researchers hope the introduction of fuel cells in hybrid vehicles will lead to mass production and lower unit costs. That could pave the way for the replacement of both batteries and gas engines entirely by providing an affordable, safe, dependable, clean source of electrical power.

“This is a good first step, a transition to what could be the answer to the internal combustion engine and the enormous environmental harm it does,” said Li.