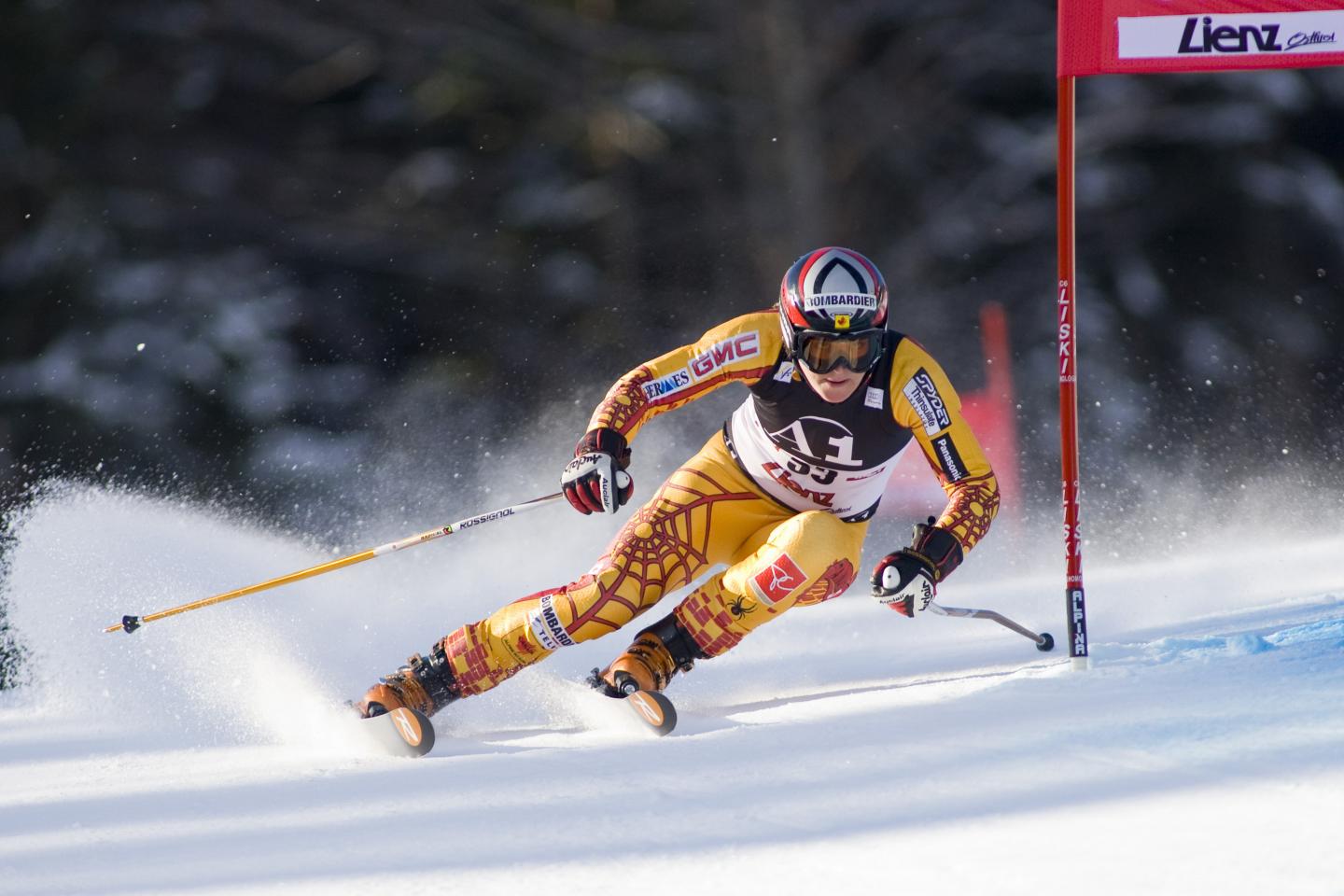 University of Tsukuba researchers established a computer simulation-based approach to obtain precise 3-D data on the flow of air around a downhill skier’s body. Source: Image by Mitch Gunn/Shutterstock

Minimizing air resistance and friction with snow is key to elite performance in downhill skiing. Experiments in wind tunnels have revealed the total drag experienced by skiers, but have not provided precise data on which parts of the body cause the most air resistance when adopting the full-tuck position.

A new study published in the European Journal of Physics reports the findings of a research team at the University of Tsukuba that established a new computational modeling approach that provides precise 3D data on air flow, vortex formation, and lift around a skier’s body. This has expected utility for designing better ski equipment and determining the ideal posture to adopt during skiing.

As downhill skiers can exceed speeds of 120 km/h, they are subjected to high levels of air resistance, and must adopt a tuck position to reduce this. However, at elite levels, where podium places can be separated by hundredths of a second, miniscule differences in air resistance can be extremely important, so much effort has been expended on modeling and reducing this.

The University of Tsukuba team has advanced this field of study by establishing a novel approach to computational modeling of air flow alongside wind tunnel experiments. Wind tunnel experiments using a mannequin provided total drag data at different air flow speeds, which were used to validate the computer simulations. In the novel computer simulations, a type of computational fluid dynamics analysis called the lattice Boltzmann method was applied, in which a 3D grid was created to model air flow at and around the surface of the skier’s body.

“The lattice Boltzmann method allowed us to identify regions of low air flow and places where vortices of air flow formed,” study coauthor Sungchan Hong says. “Because of the precision of this simulation, in contrast to wind tunnel experiments, we could show that the head, upper arms, upper legs, and thighs are particular sources of drag.”

The validity of the results was supported by the high correlation between the empirical results of total drag on the skier mannequin in a wind tunnel and corresponding data in the computer simulations.

“Now we know which parts of the body have the greatest effects of slowing a skier down, we can design equipment to reduce the air resistance associated with this, and also suggest small changes to a skier’s posture that could increase speed,” lead author Takeshi Asai says.

The team intends to extend this work by applying the new approach to various skiing postures adopted during different parts of a race, and by using different models of turbulence to increase the reliability of their results.