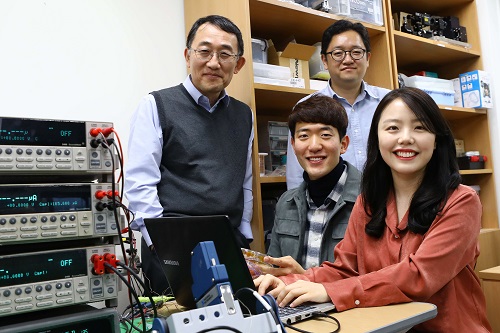 Their thermal radiation control technology can be applied to next-generation semiconductor packaging, thermophotovoltaic cells and thermal management systems. It also has the potential to be applied to a sustainable energy source for IoT sensors.

A joint team led by Professor Bong Jae Lee and Professor Seung Seob Lee from the Department of Mechanical Engineering succeeded in measuring near-field thermal radiation according to the vacuum distance between MD multilayer nanostructures by using a custom MEMS (Micro-Electro-Mechanical Systems)-device-integrated platform with three-axis nanopositioner.

MD multilayer nanostructures refer to structures in which metal and dielectric layers with regular thickness alternate. The MD single-layer pair is referred to as a unit cell, and the ratio of the thickness occupied by the metal layer in the unit cell is called the fill factor.

This research, led by PhD Mikyung Lim and PhD candidate Jaeman Song, was published in Nature Communications on October 16.