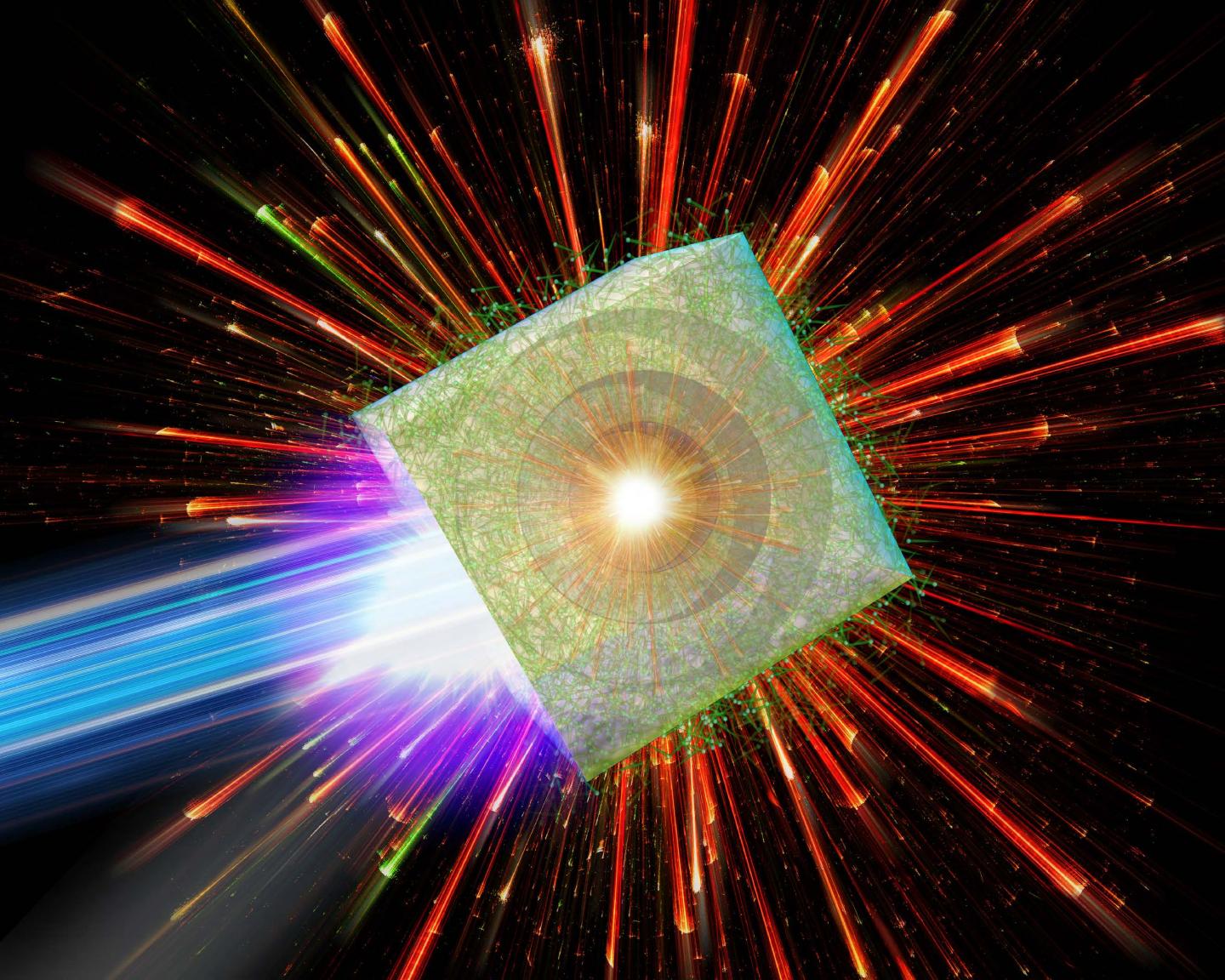 This is a schematic view of a bubble implosion, which is an envisioned picture showing the whole main events integrated, i.e., laser illumination, hot electron spread, implosion, and proton flash. Credit: M. Murakami

Scientists at Osaka University discovered a novel particle acceleration mechanism called ‘Micro-bubble implosion,’ in which super-high energy hydrogen ions (relativistic protons) are emitted at the moment when bubbles shrink to atomic size through the irradiation of hydrides with micron-sized spherical bubbles by ultraintense laser pulses. Their research results were published in Scientific Reports.

The group led by Masakatsu Murakami has reported an astonishing physical phenomenon: when shrinking matter to the unprecedented high level, with density comparable to matter the size of a sugar cube weighing more than 100 kg, high-energy protons are emitted from the positively-charged nanoscale clusters, a world first. Usually, an acceleration distance of several tens to hundreds of meters is necessary for conventional accelerators to generate such huge energy.

In micro-bubble implosion, a unique ion motion in which ions (charged particles) converge to a single point in space at half the speed of light plays a crucial role. This phenomenon, which looks like the opposite of the Big Bang, is essentially different from any previously discovered or proposed acceleration principles.

This new concept will clarify unknown space physics of grand scales of time and space, such as the origins of high-energy protons moving about in stars and space. In addition, as a compact source of neutron radiation through nuclear fusion, this concept will be utilized in a variety of applications in medical treatment and industry in the future, such as proton radiotherapy to treat cancer, the development of new energy with laser nuclear fusion, cross-sectional photos for developing fuel cells, and development of new substances.