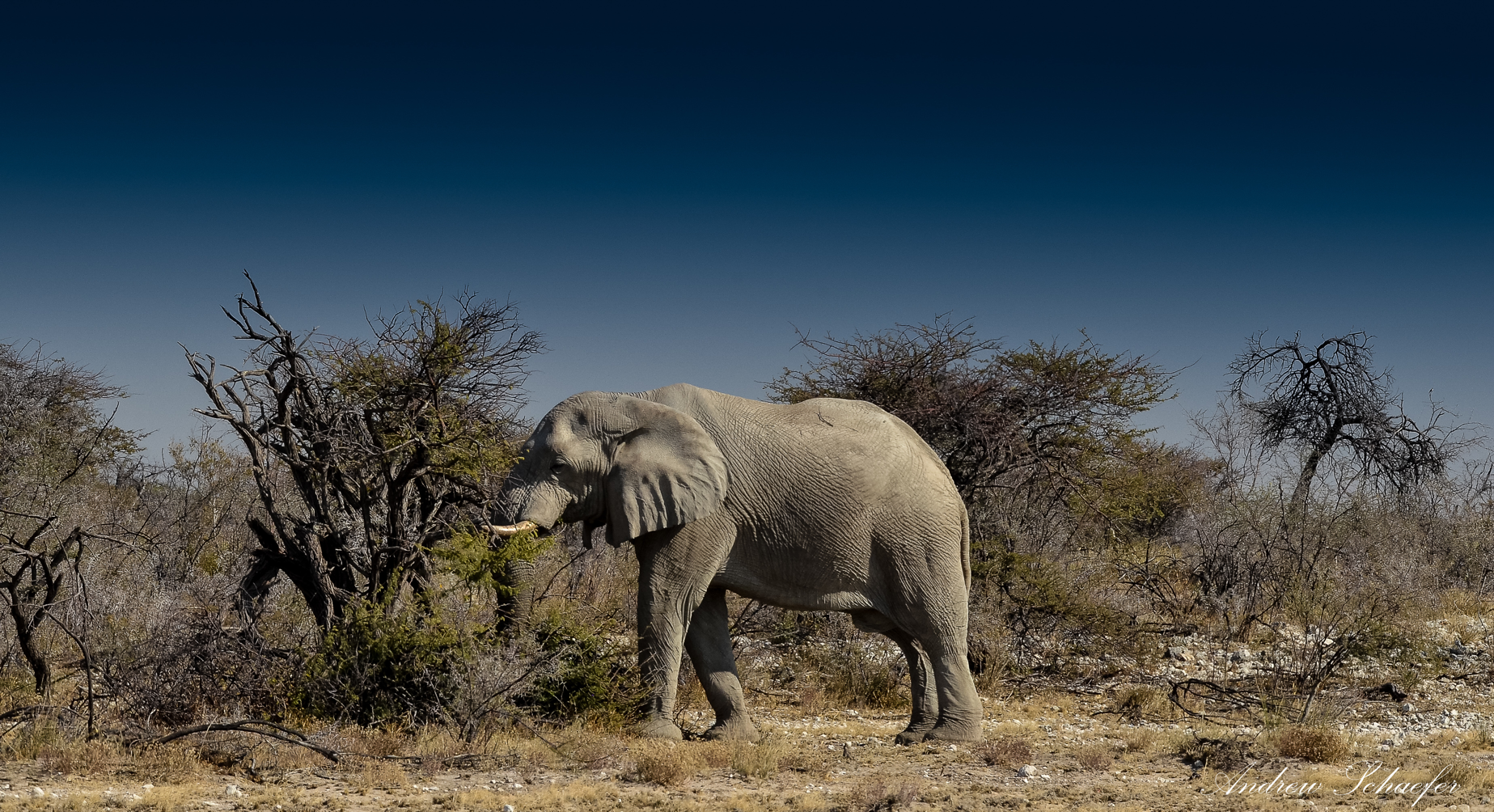 This is an elephant in Namibia. Credit: Photo courtesy of Andrew Schaefer

Despite reported differences in appearance and behavior, DNA evidence finds that Namibian desert elephants share the same DNA as African savanna elephants. However, Namibian desert-dwelling elephants should be protected so they can continue to pass on their unique knowledge and survival skills to future generations.

“The ability of species such as elephants to learn and change their behavior means that genetic changes are not critical for them to adapt to a new environment,” said lead author Alfred Roca, a professor of animal sciences and member of the Carl R. Woese Institute for Genomic Biology at the University of Illinois. “The behavioral changes can allow species to expand their range to novel marginal habitats that differ sharply from the core habitat.”

Namibian desert-dwelling elephants have figured out how to prevent overheating in triple-digit temperatures by covering their bodies with sand wetted by their urine or regurgitated water from a specialized pouch beneath their tongue that holds many gallons of water. They also remember the location of scarce water and food resources across their home ranges, which are unusually large compared to those of other elephants. They play a critical role in this arid ecosystem by creating paths and digging watering holes.

Female elephants live in tight-knit matrilineal family groups so mutations in mtDNA, which is passed from mothers to offspring, are closely tied to geographic populations. Not surprisingly, mitochondrial DNA from savanna elephants in Namibia’s Caprivi Strip–a small region analogous to Oklahoma’s panhandle–was more similar to mitochondrial DNA of elephants in Botswana and Zimbabwe, which border the Caprivi Strip.

“Our results and the historical record suggest that a high learning capacity and long distance migrations enabled Namibian elephants to shift their ranges to survive against high variability in climate and in hunting pressure,” said first author Yasuko Ishida, a research scientist in animal sciences at Illinois.

The lack of genetic differentiation (aside from the Caprivi Strip) is consistent with historical evidence of elephant movements during the Namibian War of Independence, which increased hunting pressures. Using mtDNA, the researchers identified other Namibian elephant migration patterns; for example, elephants from the Ugab River catchment shared mtDNA with elephants from the Huab River catchment, from where they are said to have migrated.

The lack of genetic differences in Namibian elephants could also be attributed to their long distance migrations; large home ranges; recent increases in population size and range; or gene flow provided by male elephants breeding with different groups of female elephants.

“Regardless, these elephants should be conserved,” said Roca. “Their knowledge of how to live in the desert is crucial to the survival of future generations of elephants in the arid habitat, and pressure from hunting and climate change may only increase in the coming decades.

“The desert elephants are also rumored to be larger, which may put them at greater risk for trophy game hunting,” he added. “Animals that live in these marginal environments are vulnerable, and their numbers do not bounce back very quickly. “