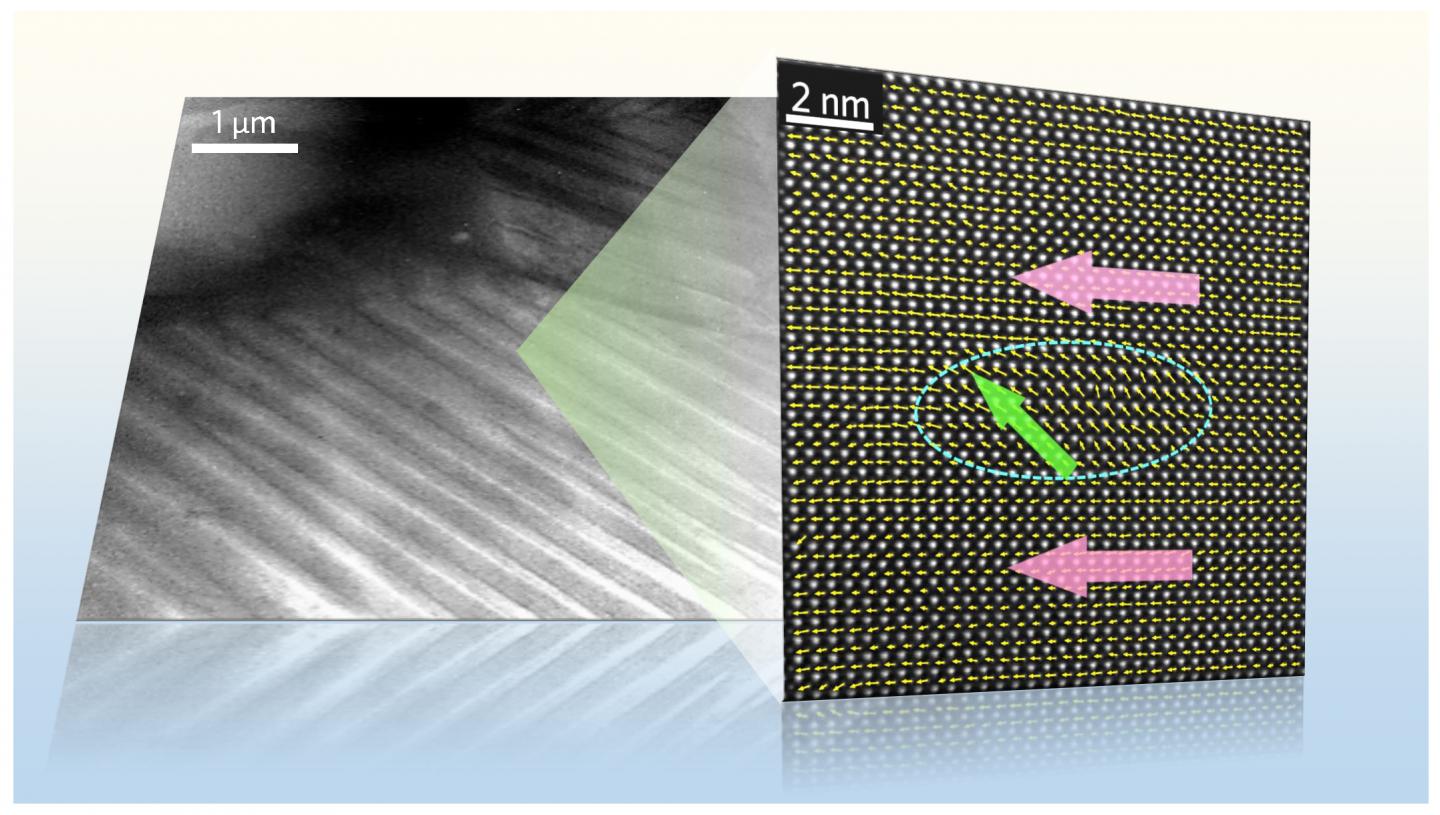 Development of a theoretical basis for ultrahigh piezoelectricity in ferroelectric materials led to a new material with twice the piezo response of any existing commercial ferroelectric ceramics, according to an international team of researchers from Penn State, China and Australia.

Piezoelectricity is the material property at the heart of medical ultrasound, sonar, active vibration control and many sensors and actuators. A piezoelectric material has the ability to mechanically deform when an electric voltage is applied or to generate electric charge when a mechanical force is applied.

Adding small amounts of a carefully selected rare earth material, samarium, to a high-performance piezoelectric ceramic called lead magnesium niobate-lead titanate (PMN-PT) dramatically increases its piezo performance, the researchers report in Nature Materials this week. This materials-by-design strategy will be useful in designing materials for other applications as well, the team believes.

“This is not the typical way to develop new materials,” said the team’s co-corresponding author, Long-Qing Chen, Donald W. Hamer Professor of Materials Science and Engineering, professor of mathematics, and professor of engineering science and mechanics, Penn State. “The majority of existing useful materials are discovered by trial-and-error experiments. But here we designed and synthesized a new piezoelectric ceramic guided by theory and simulations.”

The team first analyzed the impact of adding various chemical dopants on the local structure of an existing ferroelectric ceramic. They were then able to reduce the pool of effective dopants by comparing the measured dielectric losses with the signatures obtained from phase-field simulations. After the screening of dopants, they then focused on optimizing the process and composition to achieve the ultrahigh piezoelectricity.

“This work is based on an understanding of the origin of ultrahigh piezoelectricity in the ferroelectric crystals that were developed 30 years ago. Our new understanding suggested that local structure heterogeneity plays an important role in piezoelectricity in ferroelectrics, which also can be extended to other functionalities,” said co-corresponding author Shujun Zhang, a professor of materials science formerly at Penn State and now at the University of Wollongong in Australia.

Local structure heterogeneity refers to nanoscale-size structural distortions within a host material created by doping a small amount of chemical species, in this case doping samarium in PMN-PT ceramics, as a way to modify the thermodynamic energy landscape of the material, which in turn increases the dielectric properties — the ability of a material to respond to an electrostatic field — and the piezoelectric effect.

“This material is a good choice to use in transducers, such as those used in medical ultrasound,” said lead author Fei Li, a research associate at Penn State. “We already have devices made from our material by a group at the University of Southern California.”

That device, called a needle transducer, uses a submillimeter piezoelectric element of the Penn State material, fitted into a standard needle or catheter, in order to perform minimally invasive procedures, to image inside the body or to guide precision surgery inside the body. The device has better performance than existing devices with the same dimensions, Li said.

Penn State has filed a provisional patent on the material.