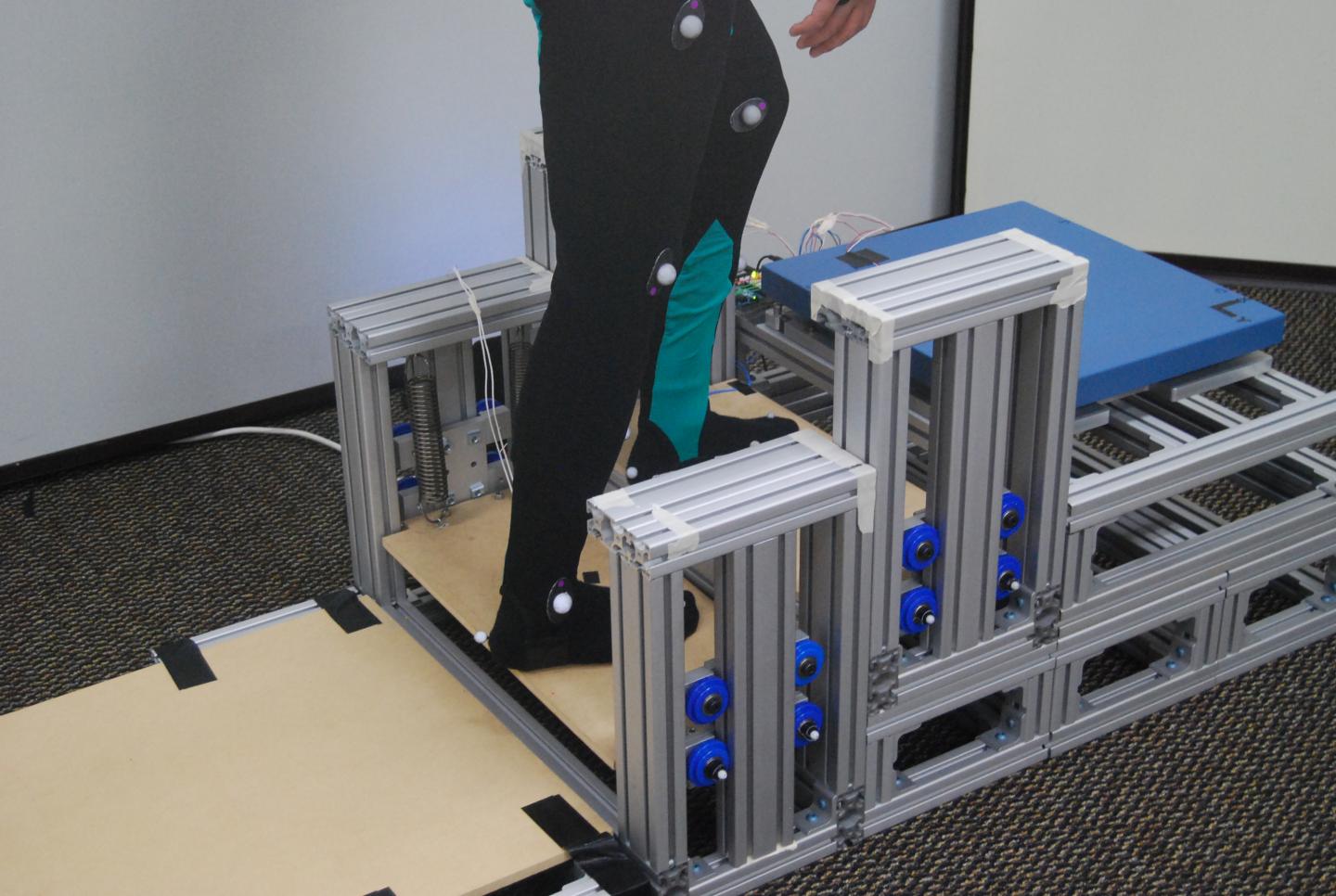 Energy-recycling stairs may assist people with stair negotiation by absorbing and returning their own energy, according to a study published July 12, 2017 in the open-access journal PLOS ONE by Yun Seoung Song from the Missouri University of Science and Technology, USA. The work was performed at Georgia Institute of Technology in collaboration with Karen Liu and Lena Ting.

Many elderly and disabled people have difficulty negotiating stairs, and existing alternatives such as elevators, stair lifts, and escalators are expensive and require a lot of energy. The authors of the present study investigated the use of energy-recycling assistive stair technology, which they hypothesized could offer a less expensive and more practical alternative for people with reduced motor function who can nonetheless negotiate stairs.

Song and colleagues built a prototype of these energy-recycling stairs which used latching springs to store energy during stair descent and return it to the user during ascent. They recorded nine participants ascending and descending the stairs and analyzed patterns of energy use.

Although further investigation is required, the authors suggest that the reduction in work while ascending and descending the stairs could reduce the expenditure of metabolic energy as well as muscle and joint forces that could cause pain. With the development of future low-cost, low-power prototypes, such energy-recycling stairs could be more practical and affordable than escalators or elevators.

“Current solutions for people who need help aren’t very affordable. Elevators and stair-lifts are often impractical to install at home,” Liu said. “Low-cost, easily-installed assistive stairs could be a way to allow people to retain their ability to use stairs and not move out of their homes.”