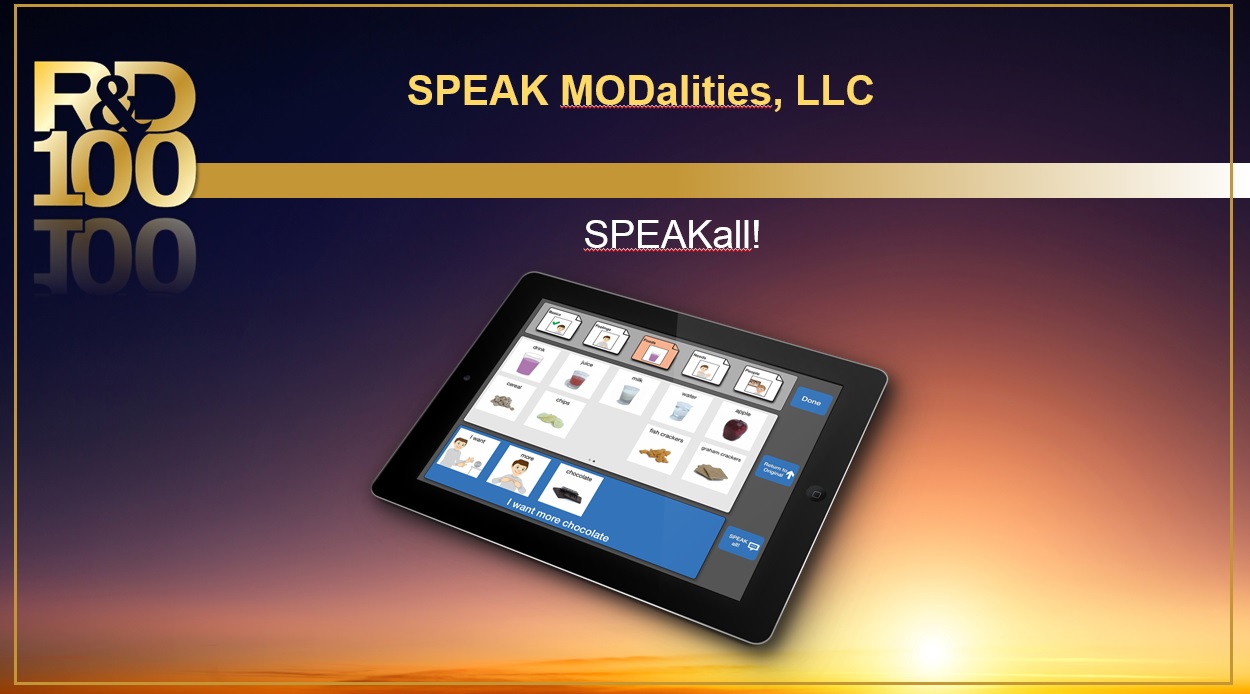 SPEAKall! is a tablet app similar in purpose to several current speaking tools on the market today. However, it is strongly differentiated with a special feature set for children with autism spectrum and developmental disorders that the competitors currently ignore. The product won a 2016 R&D 100 award.

The outcome of using SPEAKall! is to train the child to find his or her voice, produce audible speech and make initial steps in early language development by learning symbolic communication and pragmatic language skills. SPEAKall! is a versatile learning platform that goes beyond symbol activations for speech output by actively engaging the learner in speech and language learning. The focus is on teaching those with autism spectrum disorder and speech delay, and not simply replacing their voice with a simple “click & talk” application. SPEAKall! grows with the learner as needs and capabilities grow.