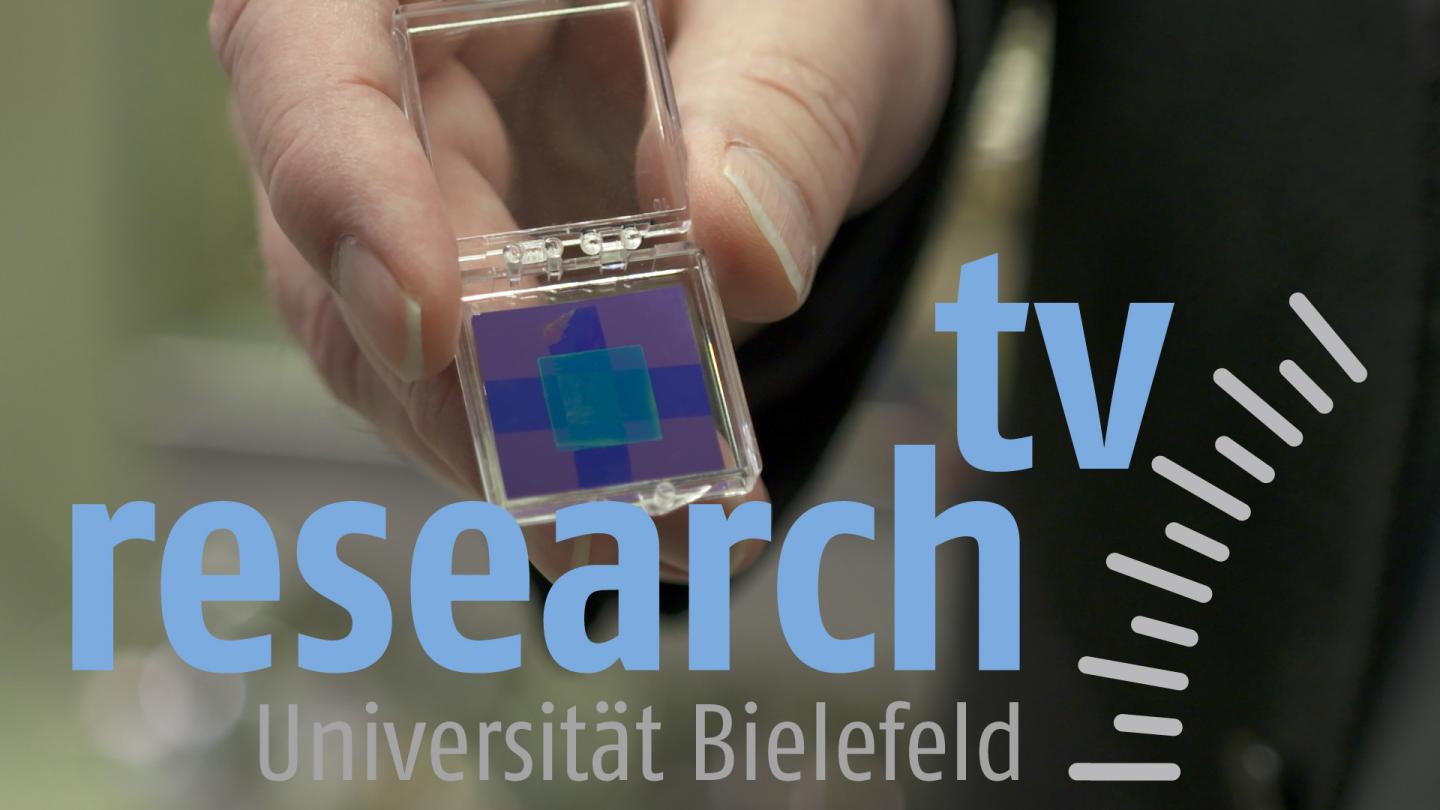 Carbon nanomembranes are the topic of the new ‘research_tv’ film. The membranes are only seven nanometres thick. In future, they could be used as both filters and protective layers. Source: Photo: Bielefeld University

Free-standing carbon membranes that are a millionth of a millimetre thin: these are a special research field of Professor Dr. Armin Gölzhäuser from Bielefeld University and his research group. The nanomembranes can serve as ultrafine filters and as a protective layer. The Bielefeld physicists have registered several patents for manufacturing such molecular foils. In their research, they are analysing which properties the nanomembranes possess – as a basis for future applications. In a new film produced by Bielefeld University’s ‘research_tv’, Armin Gölzhäuser explains what makes the membranes such multi-talents and assesses how significant they may become for the purification of water.

If used to filter water, the carbon nanomembranes allow only water molecules to pass while blocking other molecules. If used to filter air, the membranes could, for example, remove carbon dioxide from vehicle exhaust emissions. ‘However, we still know very little about what happens when a molecule passes through such a sieve,’ says Gölzhäuser. ‘This is why we are studying, for example, whether it touches the membrane, remains stuck to it, or flies directly through its pores.’

Drawing on the results of this research, the scientists can modify the production of the nanomembranes to fit each specific purpose – for every use, the appropriate nanomembrane. ‘We can adapt the porosity of the membranes for different materials and also modify their conductivity, elasticity, density, and thickness.’

The manufacturing process has been developed by members of Gölzhäuser’s research group: the researchers immerse a solid – such as a gold surface – in a liquid containing organic molecules. The molecules settle on the solid in a thin layer that is then irradiated with electrons. This leads them to trigger a controlled chemical reaction: a cross-linking – the molecules link together and form the nanomembrane. However, the most difficult step is yet to come: they have to be separated from the supporting layer. ‘We do this by introducing what we call a transfer layer with which we can separate the carbon nanomembrane,’ says Gölzhäuser.

Nanomembranes are not just suitable for filtering. Gölzhäuser’s research group can also produce single-layer membranes as an impermeable protective film. One potential application is in microelectronics. ‘This is a field in which components are so small that they can hardly be coated with paint. However, the nanomembranes are so thin that they can simply be laid over them .’