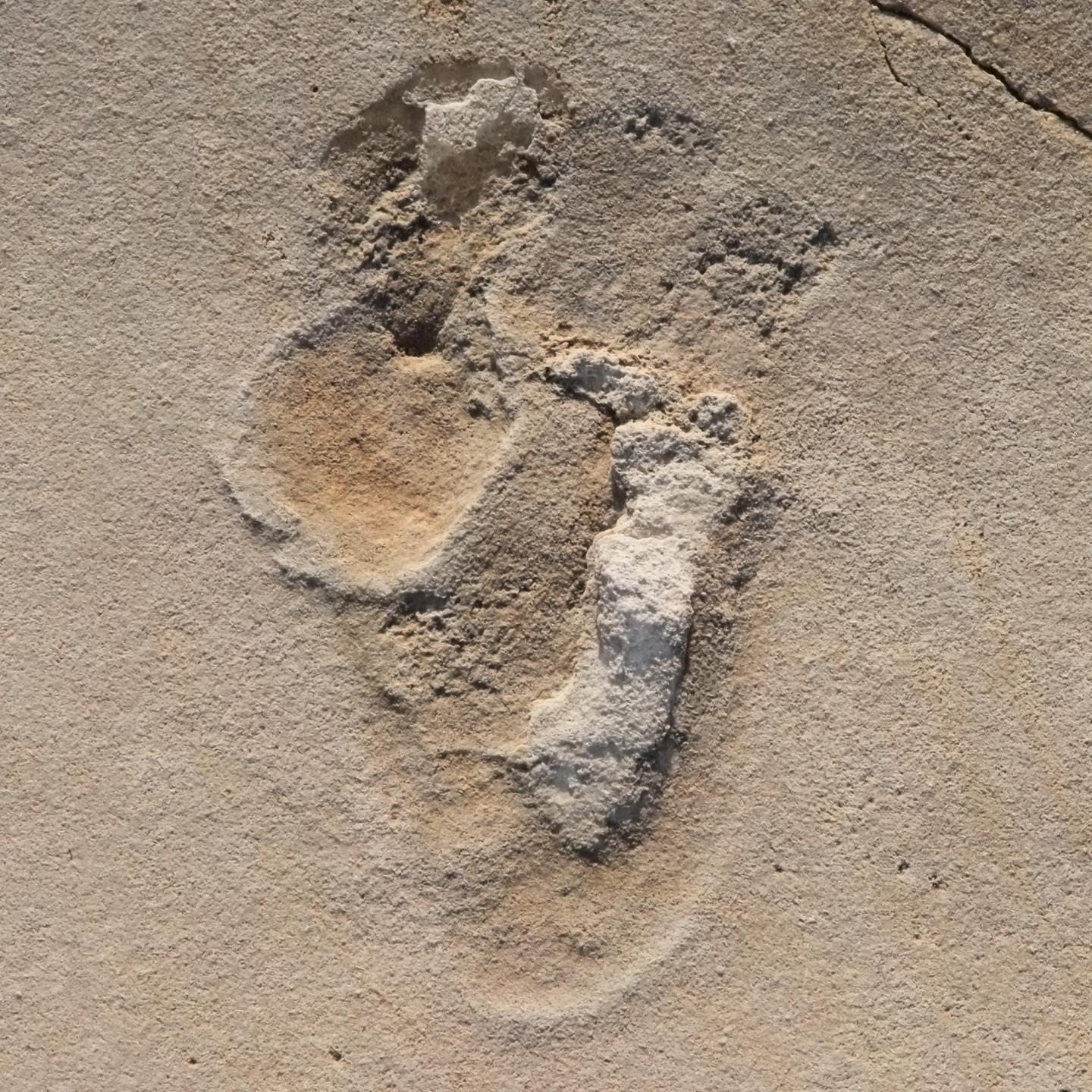 Newly discovered human-like footprints from Crete may put the established narrative of early human evolution to the test. The footprints are approximately 5.7 million years old and were made at a time when previous research puts our ancestors in Africa – with ape-like feet.

Ever since the discovery of fossils of Australopithecus in South and East Africa during the middle years of the 20th century, the origin of the human lineage has been thought to lie in Africa. More recent fossil discoveries in the same region, including the iconic 3.7 million year old Laetoli footprints from Tanzania which show human-like feet and upright locomotion, have cemented the idea that hominins (early members of the human lineage) not only originated in Africa but remained isolated there for several million years before dispersing to Europe and Asia. The discovery of approximately 5.7 million year old human-like footprints from Crete, published online this week by an international team of researchers, overthrows this simple picture and suggests a more complex reality.

Human feet have a very distinctive shape, different from all other land animals. The combination of a long sole, five short forward-pointing toes without claws, and a hallux (“big toe”) that is larger than the other toes, is unique. The feet of our closest relatives, the great apes, look more like a human hand with a thumb-like hallux that sticks out to the side. The Laetoli footprints, thought to have been made by Australopithecus, are quite similar to those of modern humans except that the heel is narrower and the sole lacks a proper arch. By contrast, the 4.4 million year old Ardipithecus ramidus from Ethiopia, the oldest hominin known from reasonably complete fossils, has an ape-like foot. The researchers who described Ardipithecus argued that it is a direct ancestor of later hominins, implying that a human-like foot had not yet evolved at that time.

The new footprints, from Trachilos in western Crete, have an unmistakably human-like form. This is especially true of the toes. The big toe is similar to our own in shape, size and position; it is also associated with a distinct ‘ball’ on the sole, which is never present in apes. The sole of the foot is proportionately shorter than in the Laetoli prints, but it has the same general form. In short, the shape of the Trachilos prints indicates unambiguously that they belong to an early hominin, somewhat more primitive than the Laetoli trackmaker. They were made on a sandy seashore, possibly a small river delta, whereas the Laetoli tracks were made in volcanic ash.

‘What makes this controversial is the age and location of the prints,’ says Professor Per Ahlberg at Uppsala University, last author of the study.

At approximately 5.7 million years, they are younger than the oldest known fossil hominin, Sahelanthropus from Chad, and contemporary with Orrorin from Kenya, but more than a million years older than Ardipithecus ramidus with its ape-like feet. This conflicts with the hypothesis that Ardipithecus is a direct ancestor of later hominins. Furthermore, until this year, all fossil hominins older than 1.8 million years (the age of early Homo fossils from Georgia) came from Africa, leading most researchers to conclude that this was where the group evolved. However, the Trachilos footprints are securely dated using a combination of foraminifera (marine microfossils) from over- and underlying beds, plus the fact that they lie just below a very distinctive sedimentary rock formed when the Mediterranean sea briefly dried out, 5.6 millon years ago. By curious coincidence, earlier this year, another group of researchers reinterpreted the fragmentary 7.2 million year old primate Graecopithecus from Greece and Bulgaria as a hominin. Graecopithecus is only known from teeth and jaws.

During the time when the Trachilos footprints were made, a period known as the late Miocene, the Sahara Desert did not exist; savannah-like environments extended from North Africa up around the eastern Mediterranean. Furthermore, Crete had not yet detached from the Greek mainland. It is thus not difficult to see how early hominins could have ranged across south-east Europe and well as Africa, and left their footprints on a Mediterranean shore that would one day form part of the island of Crete.

‘This discovery challenges the established narrative of early human evolution head-on and is likely to generate a lot of debate. Whether the human origins research community will accept fossil footprints as conclusive evidence of the presence of hominins in the Miocene of Crete remains to be seen,’ says Per Ahlberg.