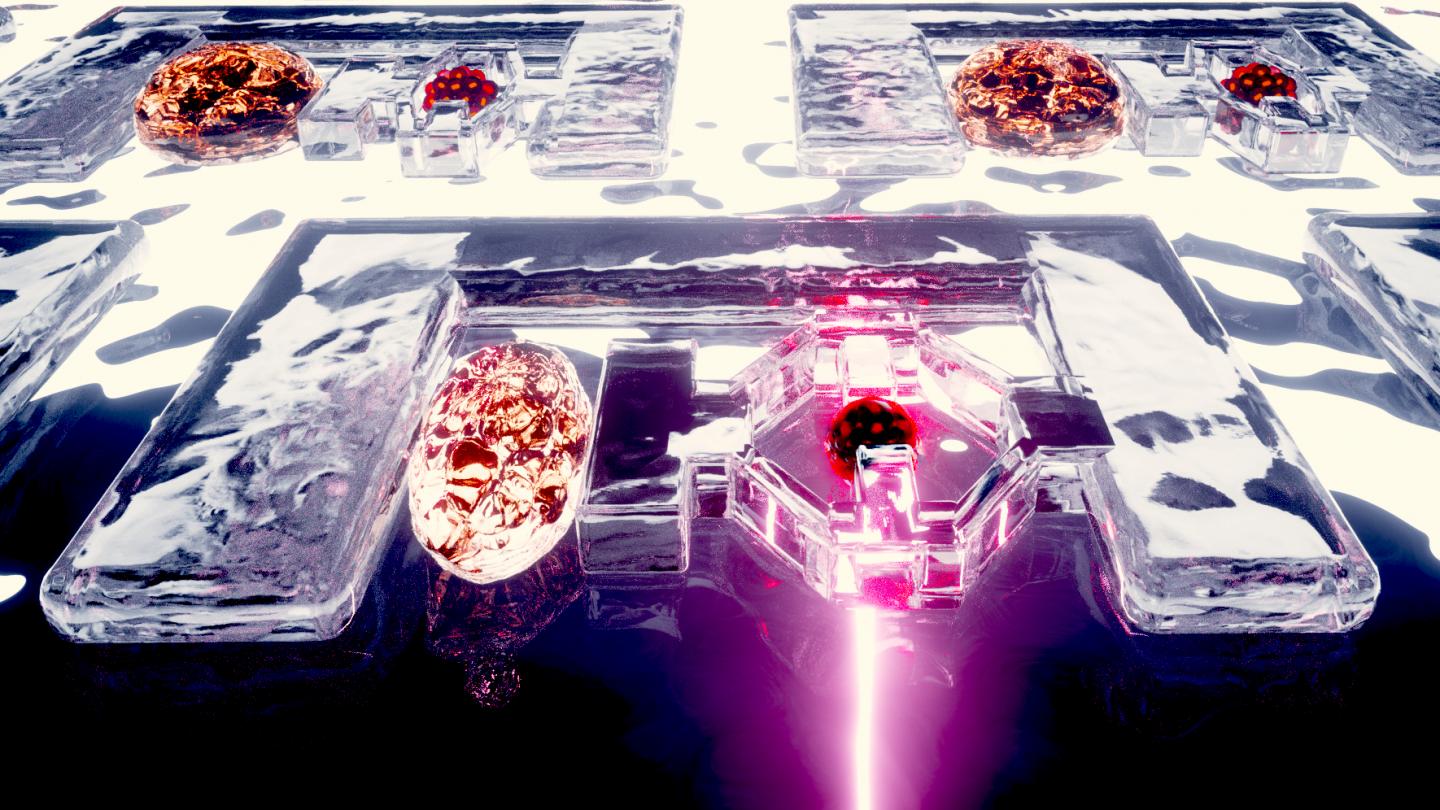 EPFL scientists have developed microscopic, hydrogel-based muscles that can manipulate and mechanically stimulate biological tissue. These soft, biocompatible robots could be used for targeted therapy and to help diagnose and prevent disease. Credit: Nebahat Yenihayat

Human tissues experience a variety of mechanical stimuli that can affect their ability to carry out their physiological functions, such as protecting organs from injury. The controlled application of such stimuli to living tissues in vivo and in vitro has now proven instrumental to studying the conditions that lead to disease.

At EPFL, Selman Sakar’s research team has developed micromachines able to mechanically stimulate cells and microtissue. These tools, which are powered by cell-sized artificial muscles, can carry out complicated manipulation tasks under physiological conditions on a microscopic scale.

The tools consist of microactuators and soft robotic devices that are wirelessly activated by laser beams. They can also incorporate microfluidic chips, which means they can be used to perform combinatorial tests that involve high-throughput chemical and mechanical stimulation of a variety of biological samples. This research has been published in Lab on a Chip.

The scientists came up with the idea after observing the locomotor system in action. “We wanted to create a modular system powered by the contraction of distributed actuators and the deformation of compliant mechanisms,” says Sakar.

Their system involves assembling various hydrogel components – as if they were Lego bricks – to form a compliant skeleton, and then creating tendon-like polymer connections between the skeleton and the microactuators. By combining the bricks and actuators in different ways, scientists can create an array of complicated micromachines.

“Our soft actuators contract rapidly and efficiently when activated by near-infrared light. When the entire nanoscale actuator network contracts, it tugs on the surrounding device components and powers the machinery,” says Berna Ozkale, the study’s lead author.

With this method, scientists are able to remotely activate multiple microactuators at specified locations – a dexterous approach that produces exceptional results. The microactuators complete each contraction-relaxation cycle in milliseconds with large strain.

In addition to its utility in fundamental research, this technology offers practical applications as well. For instance, doctors could use these devices as tiny medical implants to mechanically stimulate tissue or to actuate mechanisms for the on-demand delivery of biological agents.