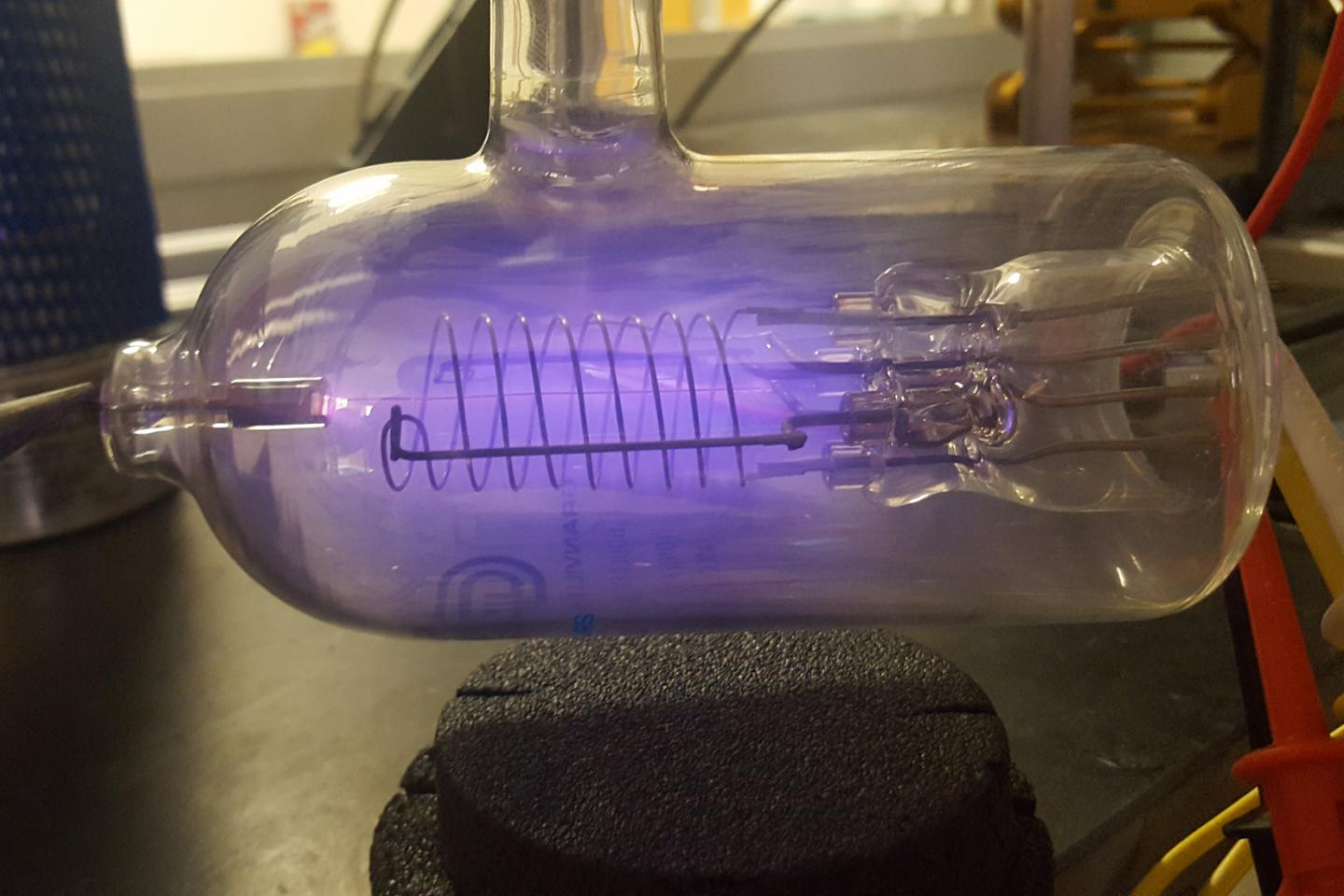 Nature whispers its stories in a faint molecular language, and Rice University scientist Laurence Yeung and colleagues can finally tell one of those stories this week, thanks to a one-of-a-kind instrument that allowed them to hear what the atmosphere is saying with rare nitrogen molecules.

Yeung and colleagues at Rice, UCLA, Michigan State University and the University of New Mexico counted rare molecules in the atmosphere that contain only heavy isotopes of nitrogen and discovered a planetary-scale tug-of-war between life, the deep Earth and the upper atmosphere that is expressed in atmospheric nitrogen.

The research was published online this week in the journal Science Advances.

"We didn't believe it at first," said Yeung, the lead author of the study and an assistant professor of Earth, environmental and planetary sciences at Rice. "We spent about a year just convincing ourselves that the measurements were accurate."

The story revolves around nitrogen, a key element of life that makes up more than three-quarters of Earth's atmosphere. Compared with other key elements of life like oxygen, hydrogen and carbon, nitrogen is very stable. Two atoms of it form N2 molecules that are estimated to hang around in the atmosphere for about 10 million years before being broken apart and reformed. And the vast majority of nitrogen has an atomic mass of 14. Only about 0.4 percent are nitrogen-15, an isotope that contains one extra neutron. Because nitrogen-15 is already rare, N2 molecules that contain two nitrogen-15s -- which chemists refer to as 15N15N -- are the rarest of all N2 molecules.

The new study shows that 15N15N is 20 times more enriched in Earth's atmosphere than can be accounted for by processes happening near Earth's surface.

"We think the 15N15N enrichment fundamentally comes from chemistry in the upper atmosphere, at altitudes close to the orbit of the International Space Station," Yeung said. "The tug-of-war comes from life pulling in the other direction, and we can see chemical evidence of that."

Co-author Edward Young, professor of Earth, planetary and space sciences at UCLA, said, "The enrichment of 15N15N in Earth's atmosphere reflects a balance between the nitrogen chemistry that occurs in the atmosphere, at the surface due to life and within the planet itself. It's a signature unique to Earth, but it also gives us a clue about what signatures of other planets might look like, especially if they are capable of supporting life as we know it."

The chemical processes that produce molecules like N2 can change the odds that "isotope clumps" like 15N15N will be formed. In previous work, Yeung, Young and colleagues used isotope clumps in oxygen to identify tell-tale signatures of photosynthesis in plants and ozone chemistry in the atmosphere. The nitrogen study began four years ago when Yeung, then a postdoctoral researcher at UCLA, learned about a first-of-its-kind mass spectrometer that was being installed in Young's lab.

"At that time, no one had a way to reliably quantify 15N15N," said Yeung, who joined Rice's faculty in 2015. "It has an atomic mass of 30, the same as nitric oxide. The signal from nitric oxide usually overwhelms the signal from 15N15N in mass spectrometers."

The difference in mass between nitric oxide and 15N15N is about two one-thousandths the mass of a neutron. When Yeung learned that the new machine in Young's lab could discern this slight difference, he applied for grant funding from the National Science Foundation (NSF) to explore exactly how much 15N15N was in Earth's atmosphere.

"Biological processes are hundreds to a thousand times faster at cycling nitrogen through the atmosphere than are geologic processes," Yeung said. "If it's all business as usual, one would expect that the atmosphere would reflect these biological cycles."

To find out if this was the case, co-authors Joshua Haslun and Nathaniel Ostrom at Michigan State University conducted experiments on N2-consuming and N2-producing bacteria to determine their 15N15N signatures.

These experiments suggested that one should see a bit more 15N15N in air than random pairings of nitrogen-14 and nitrogen-15 would produce -- an enrichment of about 1 part per 1,000, Yeung said.

"There was a bit of enrichment in the biological experiments, but not nearly enough to account for what we'd found in the atmosphere," Yeung said. "In fact, it meant that the process causing the atmospheric 15N15N enrichment has to fight against this biological signature. They are locked in a tug-of-war."

The team eventually found that zapping mixtures of air with electricity, which simulates the chemistry of the upper atmosphere, could produce enriched levels of 15N15N like they measured in air samples. Mixtures of pure nitrogen gas produced very little enrichment, but mixtures approximating the mix of gases in Earth's atmosphere could produce a signal even higher than what was observed in air.

"So far we've tested natural air samples from ground level and from altitudes of 32 kilometers, as well as dissolved air from shallow ocean water samples," he said. "We've found the same enrichment in all of them. We can see the tug-of-war everywhere."