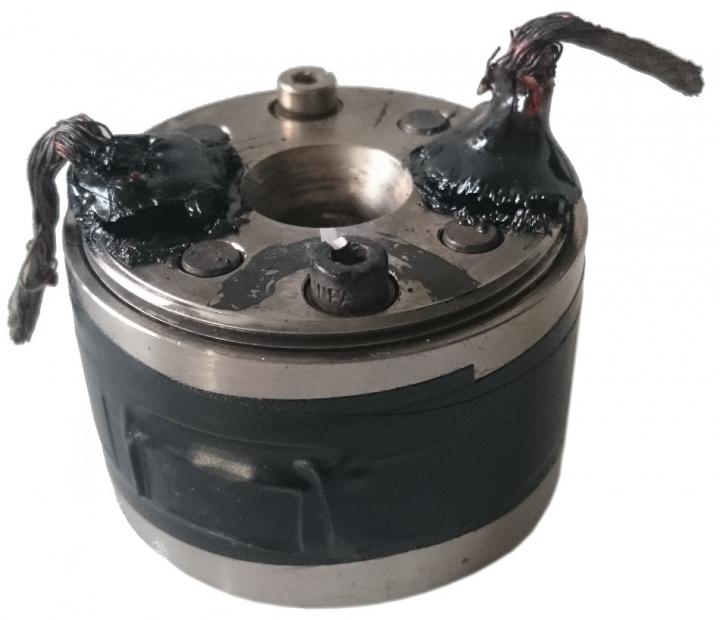 Scientists have recreated an elusive form of nitrogen using a high-pressure diamond-tipped anvil to squeeze tiny amounts of the element at pressures half a million times that of Earth’s atmosphere, while heating it to about 500 Celsius. Credit: University of Edinburgh

An unusually complex form of one of the most abundant chemical elements on Earth has been revealed in the lab for the first time.

Researchers created a crystallised version of nitrogen – which at normal conditions is the main constituent of air – by subjecting it to extreme pressures and temperatures.

The study shows for the first time that simple molecular elements can have complex structures at high pressures.

It could inform similar studies in other elements, researchers say.

An international team of scientists led by the University of Edinburgh used a high-pressure diamond-tipped anvil to squeeze tiny amounts of nitrogen at pressures half a million times that of Earth’s atmosphere, while heating it to about 500 Celsius.

They then used specialist X-ray technology to capture an image of the resulting crystals, and were surprised to find that the nitrogen had formed a complicated arrangement made up of dozens of molecules.

The team had expected to uncover a much simpler structure.

Their findings resolve speculation over the structure of this form of nitrogen, known as ι-N2. It was discovered 15 years ago but its structure was unknown until now.

Computer simulations of the new structure have given valuable insights, finding it to be surprisingly stable.

The study, published in Nature Communications, was carried out in collaboration with the European Synchrotron Radiation Facility in France, and with researchers in China. It was supported by the Engineering and Physical Sciences Research Council.

Robin Turnbull, of the University of Edinburgh’s School of Physics and Astronomy, who led the study, said: “We hope that these results will prompt further investigations into why relatively simple elements should form such complex structures – it’s important that we keep searching for promising new lines of scientific investigation.”