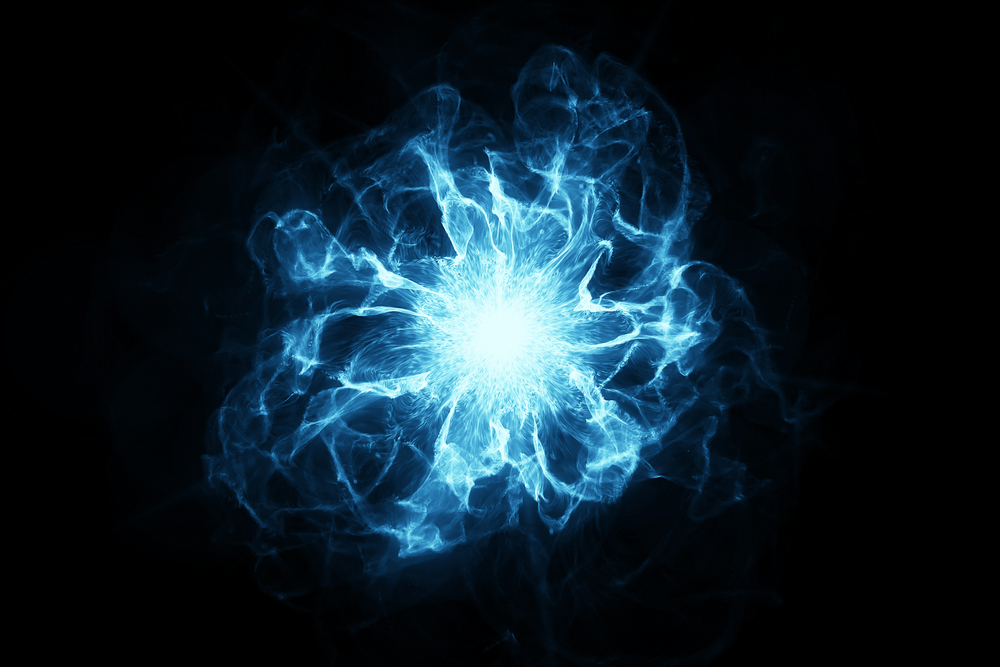 As you walk away from a campfire on a cool autumn night, you quickly feel colder. The same thing happens in outer space. As it spins, the sun continuously flings hot material into space, out to the furthest reaches of our solar system. This material, called the solar wind, is very hot close to the sun, and we expect it to cool quickly as it streams away. Satellite observations, however, show this is not the case–the solar wind cools as it streams out, but stays hotter than expected. There must be some additional way the solar wind heats up as it travels from the sun to Earth.

The solar wind is not like a calm summer breeze. Instead, it is a roiling, chaotic mess of turbulence and waves. There is a lot of energy stored in this turbulence, so scientists have long thought that it heats the solar wind. There is, however, a big issue–the heating expected from turbulence is not the heating observed.

Scientists at the University of Wisconsin – Madison have a new idea about what heats the solar wind, a theory called magnetic pumping. “If we imagine a toy boat on a lake, waves move the toy boat up and down. However, if a rubber duck comes by and hits the toy boat it can get out of sync with the waves. Instead of moving along with the waves the toy boat is pushed by the waves, making it move faster. Magnetic pumping works the same way–waves push the particles in the solar wind,” said Emily Lichko, a graduate student who will be presenting her work at the American Physical Society’s Division of Plasma Physics meeting in Portland, Ore.

A special feature of the idea is that all the particles in the solar wind should be affected by magnetic pumping, including the most energetic. Heating due to turbulence has an upper limit, but the new idea allows for heating of even extremely fast particles.

Where the solar wind hits Earth’s magnetic field is a perfect place to look for magnetic pumping in nature. Satellites from NASA’s Magnetospheric Multiscale (MMS) mission can measure the velocities of particles in incredible, unprecedented detail. The data shows evidence of magnetic pumping.

This research, funded by NASA, the National Science Foundation, and the Department of Defense, is important because if energetic particles reach the space near Earth, they can damage satellites, harm astronauts, and even interrupt military communication. Understanding how these particles are energized, and what happens to them as they travel from the sun to Earth, will someday help scientists develop methods to better protect us from the effects of these particles. Additionally, it is possible that magnetic pumping could also be happening beyond the solar wind in places like the sun’s atmosphere, the interstellar medium, or supernova explosions. This research has the potential to shed light not just on the solar wind, but on how particles throughout the universe are heated.