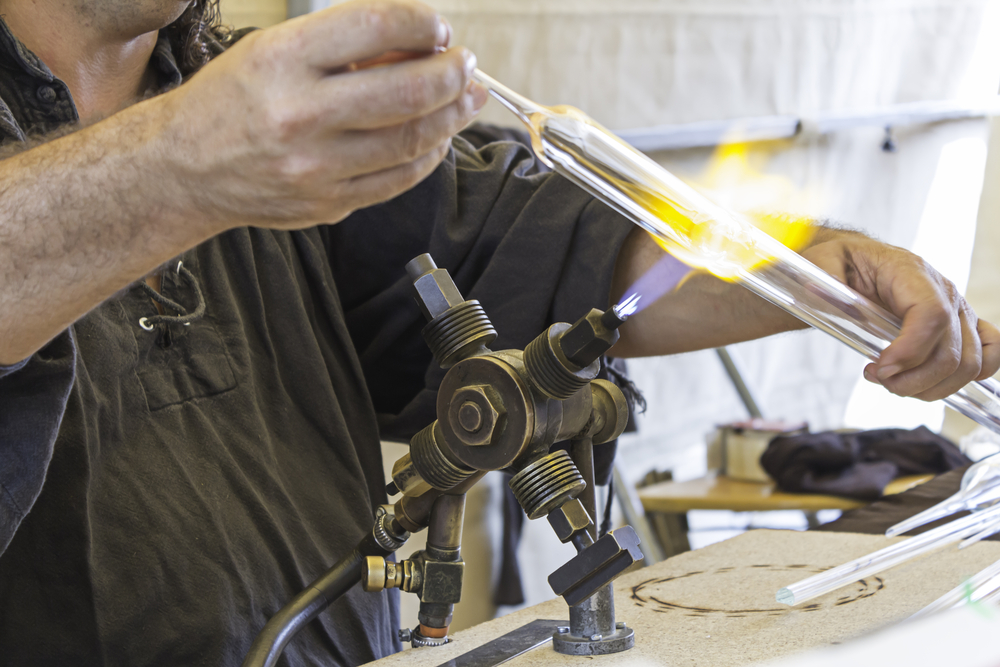 Lightning and volcanos both produce glass, and humans have been making glass from silicon dioxide since prehistory. Industrialization brought us boron-based glasses, polymer glasses and metallic glasses, but now an international team of researchers has developed a new family of glass based on metals and organic compounds that stacks up to the original silica in glass-forming ability.

Glass-forming ability is the ability of a liquid to avoid crystallization during cooling.

“Glass is a liquid frozen into a solid-like material in noncrystalline form,” said John C. Mauro, professor of materials science and engineering, Penn State. “Mechanically it behaves as a solid but it is somewhere between a liquid and a solid.”

The key to making glass is to melt the source materials and then somehow manage to cool them so that no crystals form. One way of doing this is by rapid cooling or quenching. This shortens the time available for crystals to form due to the rapid temperature drop.

Basic silica glass has a tetrahedral structure with silicon in the center and four oxygen atoms at the corners. A tetrahedron is a triangular pyramid. Each oxygen attaches to another silicon-centered tetrahedron.

The metal-organic glass the researchers produced substitutes zinc for silicon, but uses two similar but different organic compounds at the corners—imidazolate and benzimidazolate. These organic molecules randomly take the place of the oxygen atoms at the tetrahedron corners.

Silica glass had the best glass-forming ability of all glasses until the researchers synthesized zinc-based ZIF-62 metal-organic glass, the researchers reported today (Mar. 9) online in Science Advances. They noticed that the more benzimidazolate incorporated into the metal/organic framework, the better the glass-forming ability. The more viscous liquids with the bulkiest ligands tend to resist crystallization the best.

Zinc-based organic glass is more difficult to produce than silica glass because the organic compounds imidazolate and benzimidazolate first need to be synthesized, mixed with hydrous zinc nitrate and a solvent. The mixture then melts at approximately 800 degrees Fahrenheit.

Temperature is important because the mixture has to melt completely, but not reach approximately 980 degrees Fahrenheit, at which point the molten glass will vaporize.

The researchers looked at some materials properties using a variety of spectroscopic approaches and x-ray diffraction. They also measured the molten glass’s mechanical properties and optical transmission. Some of these tests were done at Corning Inc., in Corning, New York.

“This family of glasses is so new that, while we have determined its glass-forming ability and a few other properties, we have not fully characterized all of its material properties,” said Mauro. “There also needs to be research into how to scale-up this process for manufacturing.”

The researchers would also like to identify other metallic-organic combinations to make different glasses. They next plan to look at a cobalt-based glass.