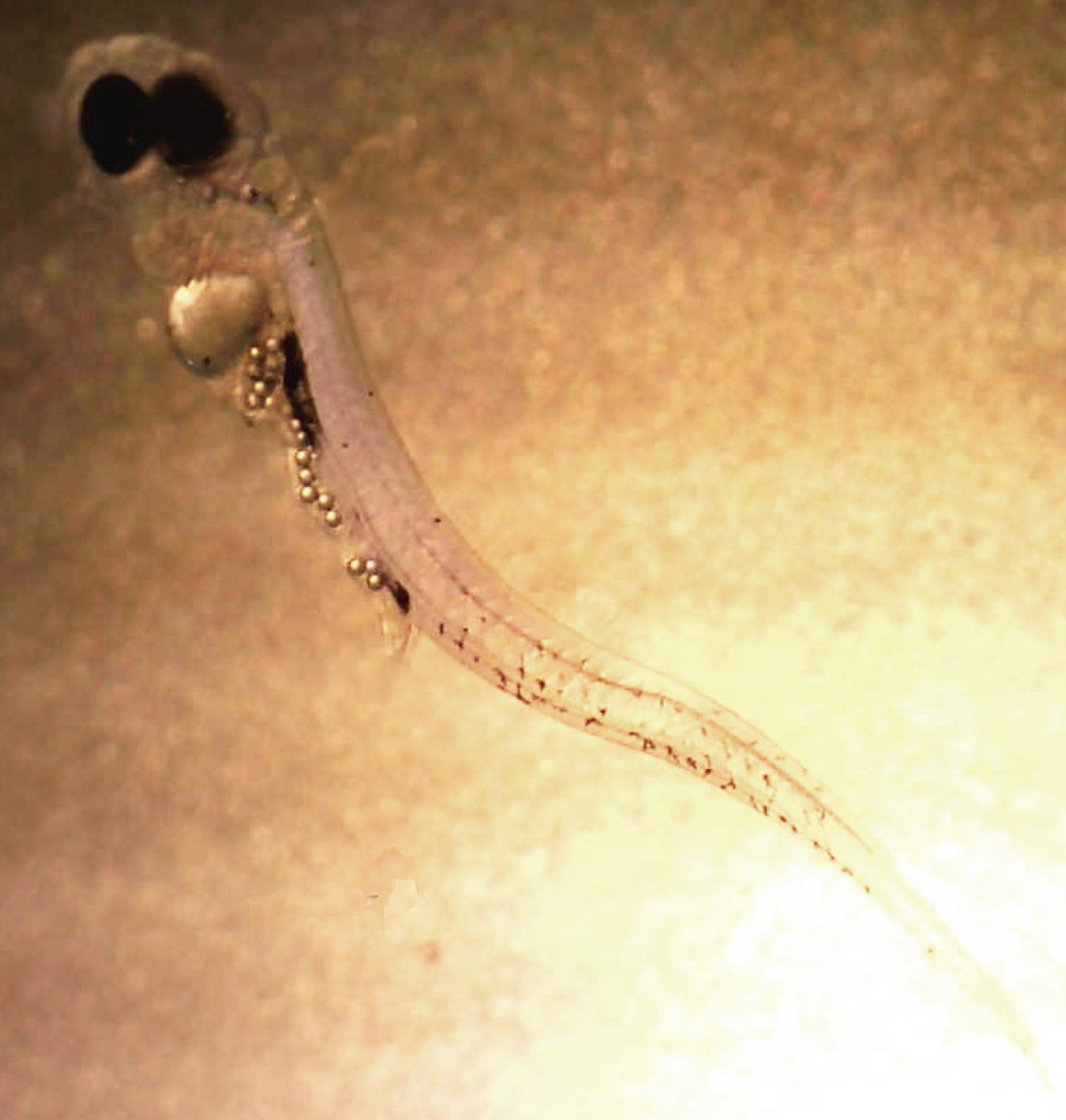 Larval perch from the Baltic Sea that has filled its stomach with microplastic waste particles. Source: Oona Lönnstedt

In a new study, published in Science, researchers from Uppsala University found that larval fish exposed to microplastic particles during development displayed changed behaviors and stunted growth which lead to greatly increased mortality rates. The researchers discovered that larval perch that had access to microplastic particles only ate plastic and ignored their natural food source of free-swimming zooplankton.

Today there is increasing concern that the accumulation of microplastic waste particles could affect the functioning of marine ecosystems, but our knowledge of the impacts of microplastic fragments on marine animals is limited. For the first time, scientists have now been able to show that development of fish is threatened by microplastic pollution.

‘Fish reared in different concentrations of microplastic particles have reduced hatching rates and display abnormal behaviors. The microplastic particle levels tested in the current study are similar to what is found in many coastal habitats in Sweden and elsewhere in the world today’ says marine biologist, Oona Lönnstedt, lead author of the article.

Larval perch exposed to environmentally relevant concentrations of microplastic polystyrene particles displayed stunted growth rates. The authors found that this was related to larval feeding preferences as perch that had access to microplastic particles only ate plastic and ignored their natural food source of free-swimming zooplankton.

‘This is the first time an animal has been found to preferentially feed on plastic particles and is cause for concern’, says Professor Peter Eklöv, co-author of the study.

If this response in fish larvae translates to higher mortality rates as a result of increased predation risk in nature, there could be direct consequences for the replenishment and the sustainability of fish populations.

‘Increases in microplastic pollution in the Baltic Sea and marked recruitment declines of the coastal keystone species, like perch and pike, have recently been observed. Our study suggests a potential driver for the observed decreased recruitment rate and increased mortality’, says Peter Eklöv.

‘If early life-history stages of other species are similarly affected by microplastics, and this translates to increased mortality rates, the effects on aquatic ecosystems could be profound’, says Oona Lönnstedt.

The findings highlight ecologically important and previously underappreciated effects of microplastic particles that enter marine ecosystems, and emphasizes the need for new management strategies or alternative biodegradable products that lowers the release of microplastic waste products.

The study, published in Friday’s edition of the scientific journal Science, should be seen as a pointer about what may be underway in many oceans around the world. However, more comprehensive studies are required before any far-reaching conclusions can be drawn.