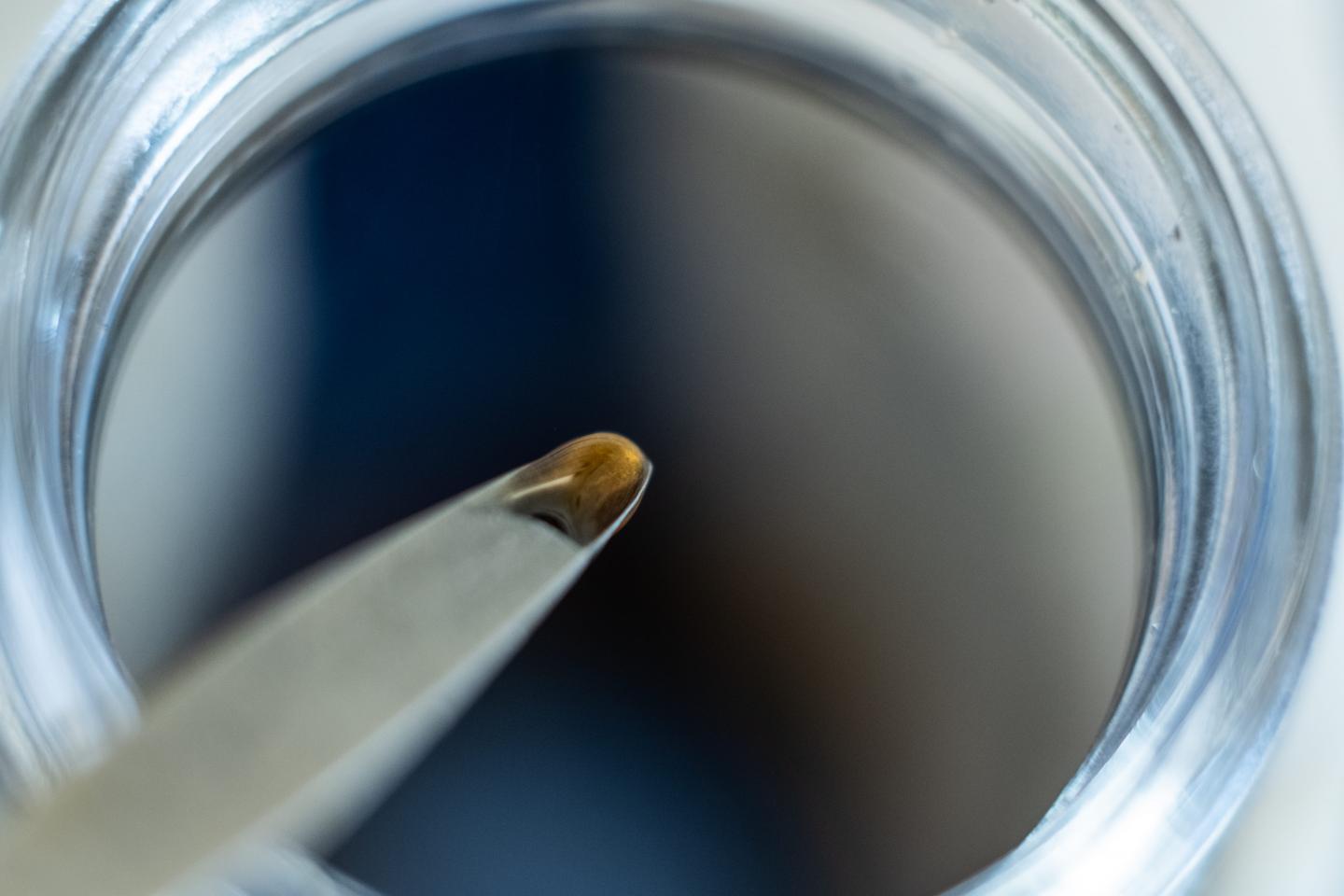 Like fishermen, Rice University bioengineers are angling for their daily catch. But their bait, biomolecules in a hydrogel scaffold, lures microscopic stem cells instead of fish.

These, they say, will seed the growth of new tissue to heal wounds.

The team led by Brown School of Engineering bioengineer Antonios Mikos and graduate student Jason Guo have developed modular, injectable hydrogels enhanced by bioactive molecules anchored in the chemical crosslinkers that give the gels structure.

Hydrogels for healing have until now been biologically inert and require growth factors and other biocompatible molecules to be added to the mix. The new process makes these essential molecules part of the hydrogel itself, specifically the crosslinkers that allow the material to keep its structure when swollen with water.

Their work, reported in Science Advances, is intended to help repair bone, cartilage and other tissues able to regenerate themselves.

Best of all, the Rice lab’s customized, active hydrogels can be mixed at room temperature for immediate application, Mikos said.

“This is important not only for the ease of preparation and synthesis, but also because these molecules may lose their biological activity when they’re heated,” he said. “This is the biggest problem with the development of biomaterials that rely on high temperatures or the use of organic solvents.”

Experiments with cartilage and bone biomolecules showed how crosslinkers made of a soluble polymer can bond small peptides or large molecules, like tissue-specific extracellular matrix components, simply by mixing them together in water with a catalyst. As the injected gel swells to fill the space left by a tissue defect, the embedded molecules can interact with the body’s mesenchymal stem cells, drawing them in to seed new growth. As native tissue populates the area, the hydrogel can degrade and eventually disappear.

“With our previous hydrogels, we typically needed to have a secondary system to deliver the biomolecules to effectively produce tissue repair,” Guo said. “In this case, our big advantage is that we directly incorporate those biomolecules for the specific tissue right into the crosslinker itself. Then once we inject the hydrogel, the biomolecules are right where they need to be.”

To make the reaction work, the researchers depended on a variant of click chemistry, which facilitates the assembly of molecular modules. Click chemistry catalysts don’t usually work in water. But with the helpful guidance of Rice chemist and co-author Paul Engel, they settled on a biocompatible and soluble ruthenium-based catalyst.

“There’s one specific ruthenium-based catalyst we can use,” Guo said. “Others are often cytotoxic, or they’re inactive under aqueous conditions, or they might not work with the specific kind of alkyne on the polymer.

“This particular catalyst works under all those conditions – namely, conditions that are very mild, aqueous and favorable to biomolecules,” he said. “But it had not been used for biomolecules yet.”