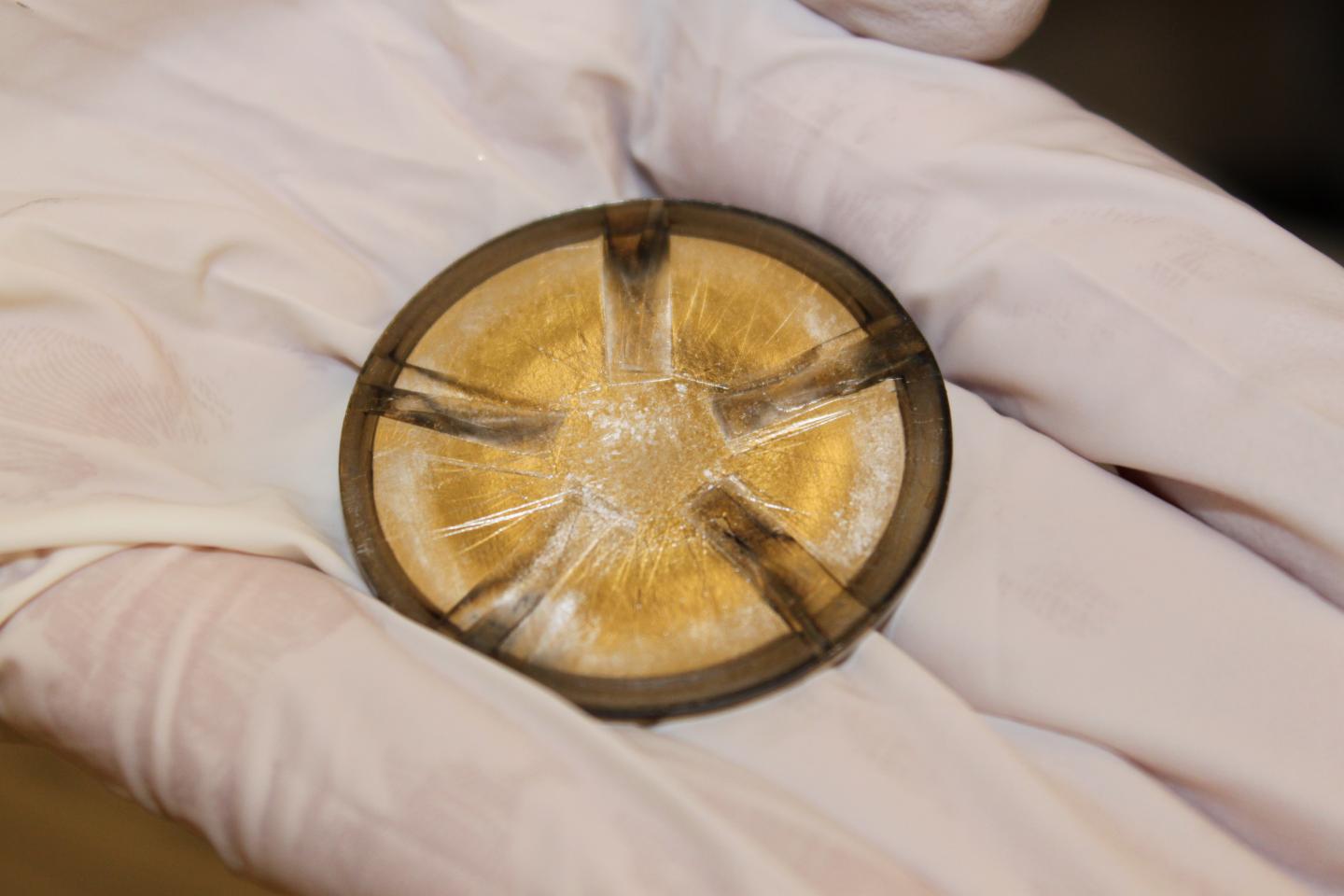 Pure platinum with thin fixed foils of yttrium have been used to create the new nanoalloys that are ten times as effective as pure platinum in fuel cells.

A new type of nanocatalyst can result in the long-awaited commercial breakthrough for fuel cell cars. Research results from Chalmers University of Technology and Technical University of Denmark show that it is possible to significantly reduce the need for platinum, a precious and rare metal, by creating a nanoalloy using a new production technique. The technology is also well suited for mass production.

Even though there have been fuel cell cars for about fifty years, advances have not led to a commercial breakthrough. The catalysts in today’s fuel cells require large amounts of platinum, which is one of the world’s most expensive metals.

“A nano solution is needed to mass-produce resource-efficient catalysts for fuel cells. With our method, only one tenth as much platinum is needed for the most demanding reactions. This can reduce the amount of platinum required for a fuel cell by about 70 per cent”, says Björn Wickman, researcher at the Department of Physics at Chalmers University of Technology.

If this level of efficiency is possible to achieve in a fuel cell, the amount of required platinum would be comparable to what is used in an ordinary car catalytic converter.

“Hopefully, this will allow fuel cells to replace fossil fuels and also be a complement to battery-powered cars”, says Björn Wickman.

Previous research has shown that it is possible to mix platinum with other metals, such as yttrium, to reduce the amount of platinum in a fuel cell. Even so, no one has yet managed to create alloys with these metals in nanoparticle form in a manner that can be used for large-scale production. The major problem has been that yttrium oxidizes instead of forming an alloy with the platinum.

This problem has now been solved by Chalmers researchers by combining the metals in a vacuum chamber using a technique called sputtering. The result is a nanometre-thin film of the new alloy that allows mass-produced platinum and yttrium fuel cell catalysts.

To use the new material, today’s fuel cells need to change slightly, but doing so creates incredible opportunities.

“When we can use our resources better, we save both the environment and lower costs. Fuel cells convert chemical energy into electrical energy using hydrogen and oxygen – with water as the only product. They have huge potential for sustainable energy solutions in transport, portable electronics and energy”, says Niklas Lindahl, researcher at the Department of Physics at Chalmers.