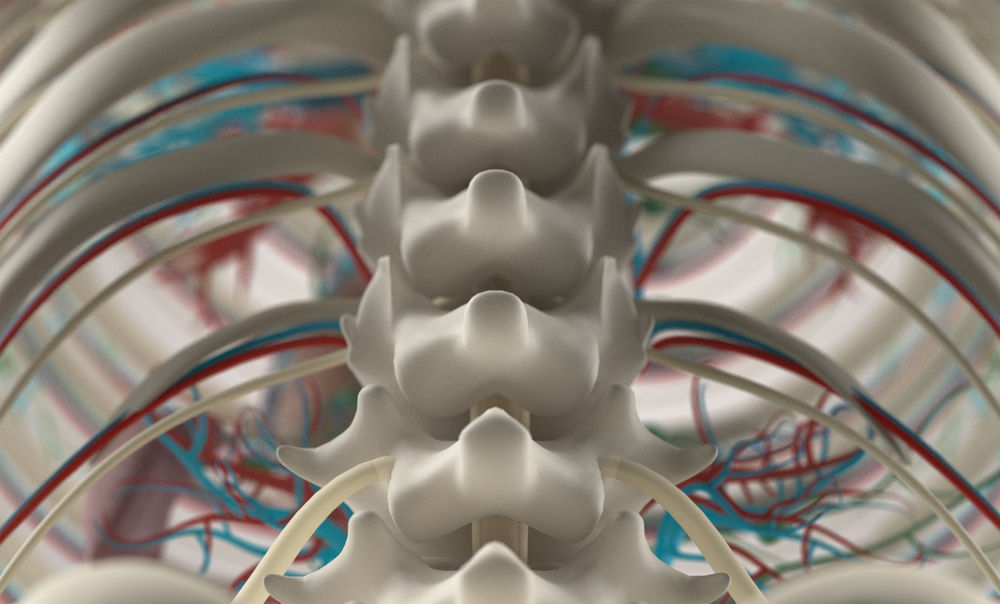 A new nanoparticle treatment could help those suffering from spinal cord injuries walk better after their injury, while also reducing secondary nerve damage caused by inflammation and internal scarring.

A research team from Northwestern University has created a biodegradable nanoparticle that can be injected after spinal cord trauma to prevent inflammation and internal scarring that inhibits the repair process.

The nanoparticles are made of poly(lactic-co-glycolic) acid—a biocompatible substance used in re-absorbable sutures.

They bind to the cells that cause the inflammation—inflammatory monocytes—and diverting them to the spleen.

The researchers tested the nanoparticles in mice and found that the mice with spinal cord injuries were able to walk better post-injury after being injected with the nanoparticle compared to those that didn’t receive it.

Stephen Miller, a Northwestern scientist, said in an exclusive interview with R&D Magazine, that the treatment is promising to help mitigate the damage for those suffering from spinal cord injuries.

“We induced a spinal cord injury and then infused the same nanoparticles that we have used in the other indications,” Miller said. “In this case I think the initial infusion was within two to three hours after the crash injury on the spinal cord.

The treatment is not considered a cure and the original damage will still exist. However, if administered shortly after an injury it can prevent secondary damage from occurring.

Miller developed the nanoparticles along with co-senior author Jack Kessler, Ph.D., a professor of neurology at Northwestern University Feinberg School of Medicine and a Northwestern Medicine neurologist.

Myelin neurons surround the nerve fibers and allow them to carry signals through the nervous system but if the myelin sheath is lost, the cells no longer conduct signals.

Axons, the long fibers extending from the neurons that carry signals from neuron to neuron, also die.

The researchers plan on continuing studies and possibly clinical trials to confirm the safety of the injected nanoparticle. Kessler said the scientists have not seen any signs of toxicity thus far.

A clinical trial has also been approved by the U.S. Food and Drug Administration (FDA) for use to treat celiac disease.

“If we take the exact same carboxylate PLG nanoparticles and we encapsulate protein or peptide antigens inside of these particles they are extremely efficient for inducing immune tolerance for the treatment of autoimmune diseases, allergic diseases and even certain models of tissue transplantation that we employ in the lab,” Miller said.