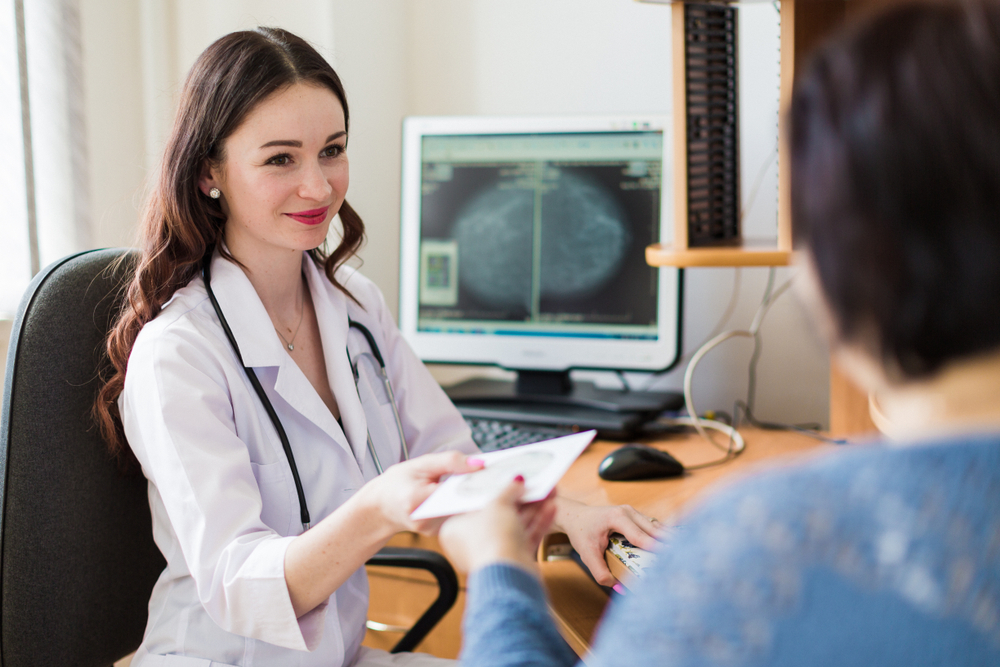 A set of emerging diagnostic tools may help identify breast cancer patients who are most likely to benefit from therapies that target important enzymes fueling a range of subtypes, including BCRA-mutated and triple negative cancers. New research from two studies conducted by researchers at the Perelman School of Medicine at the University of Pennsylvania, are presented on today at the 2018 San Antonio Breast Cancer Symposium.

Today, some breast cancer patients with BRCA mutations and triple negative cancers are treated with Poly (ADP-ribose) Polymerase (PARP) inhibitors, which trap and destroy PARP-1, an important enzyme for DNA repair that cancer cells rely on for survival. Similarly, therapeutics that target glutaminase, an enzyme feeding some triple negative breast cancers, are also being developed. However, no method currently exists to measure these enzyme expression levels in patients. Having a biomarker to quantify those levels would help identify those most likely to benefit from targeted therapies in a non-invasive way.

In the first study (Abstract #851093), researchers from the Penn’s department of Radiology and the Abramson Cancer Center used PET imaging and a novel radioactive tracer known as [18F]FluorThanatrace (FTT), to measure PARP-1 levels in 30 women with breast cancer with various subtypes before therapy, including surgery.

FTT – which was developed by co-senior author Robert H. Mach, PhD, the Britton Chance Professor of Radiology at Penn – binds to PARP-1, making it visible on a PET scan. The researchers correlated the FTT uptake in the breast cancer patients with untreated surgical specimens that had been immunostained for PARP-1 in the lab. They found that the PET imaging agent could effectively visualize and measure PARP-1 levels in all breast cancer tumors and metastases.

Past studies from the same team of researchers have linked PARP-1 levels to targeted therapy resistance and shown FTT’s ability to quantify PARP expression levels in ovarian cancer.

Many clinical trials with PARP-1 have focused solely on the triple negative subtype. However, this new study suggests that some patients with ER positive cancers, for example, may have high levels of PARP-1 and thus may benefit from this targeted therapy.

What’s more, the results provide anecdotal evidence that expression levels can vary considerably in BRCA mutation carriers, too, which is important since BRCA status is often used as a criterion for selecting PARP inhibitor therapy, McDonald said.

In the second study (Abstract #851760), another team of researchers from Penn’s department of Radiology used a radioactive tracer, fluciclovine, as an imaging agent to measure tumor glutamine levels by PET imaging in mouse models of breast cancer based on the knowledge that some triple negative breast cancers rely on glutamine for survival and growth.

While fluciclovine PET has been approved by FDA for imaging prostate cancer, its abilities in other cancers are less known. This agent enters and exits cells via glutamine transporters and undergoes minimal metabolism.

Penn researchers unitized this imaging agent to observe what effect a glutaminase inhibitor (CB-839) would have on glutamine level in triple negative breast cancer. Glutaminase is considered a “druggable” target because it is a key enzyme of glutaminolysis, the pathway that cancer cell uses to metabolize glutamine and small molecule drugs.

“Assessing the tumor glutamine pool size will inform the pharmacological effect of glutaminase inhibitors because the treatment induces an increase of tumor glutamine level,” said senior author Rong Zhou, PhD, a research associate professor of Radiology at Penn. “This imaging approach can potentially provide a precision medicine tool that can tell physicians early on which patients are responding and which are not.”

The researchers showed that fluciclovine could effectively track the change of tumor glutamine level in response to glutaminase inhibition. For example, cellular uptake of fluciclovine was increased after CB-839 was administered, consistent with a higher concentration of glutamine in the triple negative breast cancer cells and a lower level of the enzyme activity.

Compared to chemotherapy, which usually shrinks tumors quickly and can be assessed by measuring the tumor size, metabolic drugs, such as glutaminase inhibitors, take longer to affect tumor size. Therefore, a non-invasive method that detects the early response to these drugs would be useful, Zhou said.

“These studies are important steps toward developing much-needed, non-invasive imaging tests to help measure and predict inhibitor responses and guide treatments for women with a wide range of breast cancers,” said David Mankoff, MD, PhD, the Gerd Muehllehner Professor of Radiology at Penn, and co-senior author on both abstracts. “Ongoing studies at Penn will continue to expand on these results and help move us closer to potential clinical application.”