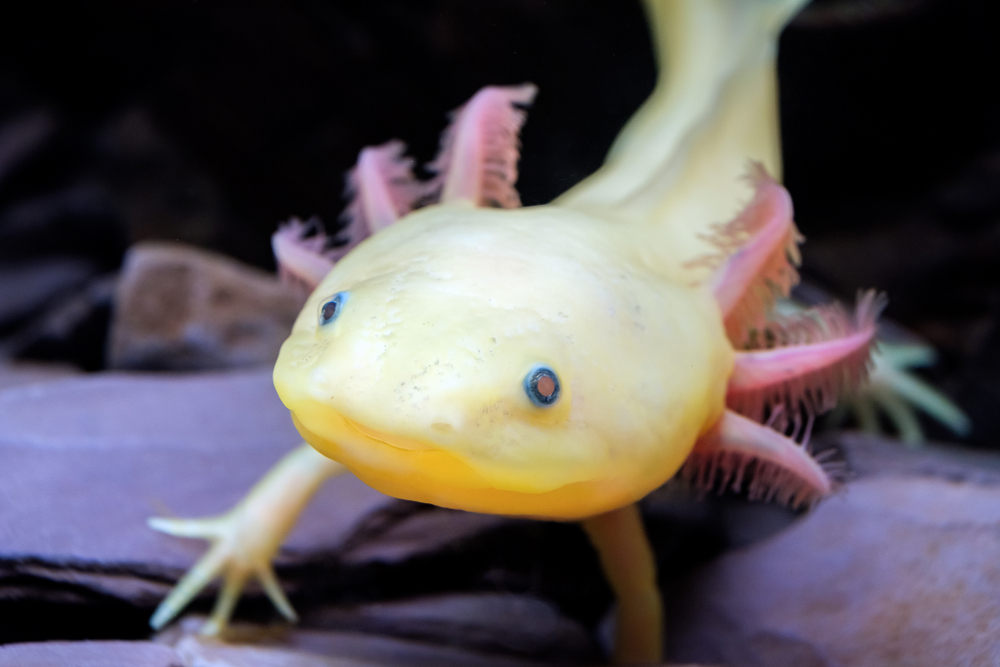 The ability of some salamanders to regenerate lost limbs has long fascinated the science community.

Now an international team of scientists has created strains of genetically marked salamanders known as axolotl, that express molecular labels associated with connective tissue cells. The researchers also analyzed the activity of different genes in specific cells using single-cell RNA sequencing. Together, these approaches could shed light on exactly how some salamanders are able to regenerate, potentially leading to a better understanding of if and how regeneration could occur in mammals.

“When we tried to analyze the fate of cells in regenerating limbs, it used to be like making a fruit juice with a bowl of fruit without knowing what kinds of fruit are inside,” Prayag Murawala of the Research Institute of Molecular Pathology (IMP) and one of the authors of the study, said in a statement. “But now we can pick apples and make an apple-juice, or we can pick cherries and make cherry-juice from this mix-fruit bowl.

“Using this new level of resolution, we showed that there is no ‘magic cell’ that axolotls would have and that mammals would not have,” he added. “Both rely on fibroblasts in case of an injury, but one can regrow organs, whereas the other forms fibrotic scars.”

Salamanders can replace lost limbs, even as adults, a unique train amongst four-legged creatures in the animal world. Some species of salamander, like the Ambystoma mexicanum­­, have become popular model organisms for studying regeneration.

When the A. mexicanum or Mexican axolotl loses a limb, cells from near the stump accumulate to form a bastema tissue that can grow back a fully functional limb composed of several different tissue and cell types like muscles, neurons or connective tissue.

The scientists found two possible models that lead to the formation of a blastemal—one where stem cells sit dormant within the connective tissue and wait for when they are needed and one where mature connective tissue cells respond to the loss of a limb by “de-differentiating” into limb progenitor cells.

However, in the past it has not been possible to isolate a blastemal precursor cell and track the fate of its lineage in an adult axolotl to confirm either of these models.

The two combined approaches allowed the team to track the origin and fate of blastemal-precursors and characterize their molecular profiles through the course of limb regeneration.

“When we started this work, it was unclear whether blastema-like cells exist in the mature uninjured limbs ready to get activated in case of an injury,” Dunja Knapp, a postdoc at DFG Research Center for Regenerative Therapies Dresden, said in a statement. “Now we carefully looked through thousands of cells in uninjured limbs and haven’t found a single cell like it.

“This indicated that an injury stimulates reprogramming of mature cells in the limbs. Now it will be important to figure out if an injury can induce similar changes in mature mammalian cells.”

The researchers found that blastemal progenitors originate from mature fibroblasts and that if a limb is lost the mature cells do de-differentiate into progenitor cells similar to the cells found in embryonic limb buds. Through testing, the researchers could not find any indication of the presence of pre-existing progenitor cells, which was a previous theory as to why the axolotl is able to regrow limbs and organs.

The team next plans to examine further what makes axolotl fibroblasts different and what empowers them to develop stem-cell properties and replace complex body parts.