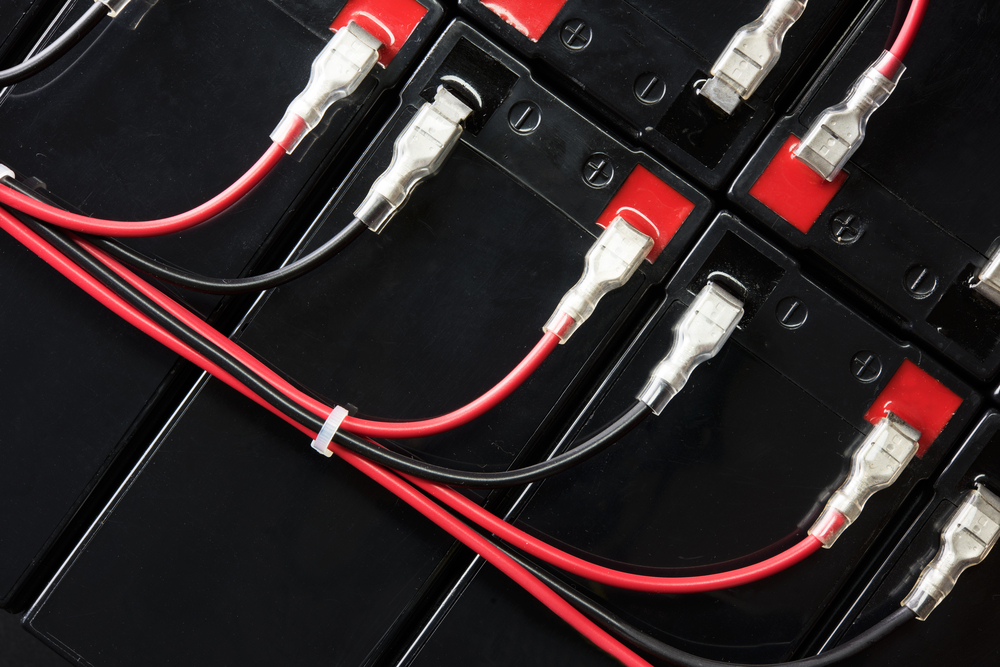 After years of making progress on an organic aqueous flow battery, Harvard University researchers ran into a problem: the organic anthraquinone molecules that powered their ground-breaking battery were slowly decomposing over time, reducing the long-term usefulness of the battery.

Now, the researchers — led by Michael Aziz, the Gene and Tracy Sykes Professor of Materials and Energy Technologies at the Harvard John A. Paulson School of Engineering and Applied Sciences (SEAS) and Roy Gordon, the Thomas Dudley Cabot Professor of Chemistry and Professor of Materials Science — have figured out not only how the molecules decompose, but also how to mitigate and even reverse the decomposition.

The death-defying molecule, named DHAQ in their paper but dubbed the “zombie quinone” in the lab, is among the cheapest to produce at large scale. The team’s rejuvenation method cuts the capacity fade rate of the battery at least a factor of 40, while enabling the battery to be composed entirely of low-cost chemicals.

The research was published in the Journal of the American Chemical Society.

“Low mass-production cost is really important if organic flow batteries are going to gain wide market penetration,” said Aziz. “So, if we can use these techniques to extend the DHAQ lifetime to decades, then we have a winning chemistry.”

“This is a major step forward in enabling us to replace fossil fuels with intermittent renewable electricity,” said Gordon.

Since 2014, Aziz, Gordon and their team have been pioneering the development of safe and cost-effective organic aqueous flow batteries for storing electricity from intermittent renewable sources like wind and solar and delivering it when the wind isn’t blowing and the sun isn’t shining. Their batteries use molecules known as anthraquinones, which are composed of naturally abundant elements such as carbon, hydrogen, and oxygen, to store and release energy.

At first, the researchers thought that the lifetime of the molecules depended on how many times the battery was charged and discharged, like in solid-electrode batteries such as lithium ion. However, in reconciling inconsistent results, the researchers discovered that these anthraquinones are decomposing slowly over the course of time, regardless of how many times the battery has been used. They found that the amount of decomposition was based on the calendar age of the molecules, not how often they’ve been charged and discharged.

That discovery led the researchers to study the mechanisms by which the molecules were decomposing.

“We found that these anthraquinone molecules, which have two oxygen atoms built into a carbon ring, have a slight tendency to lose one of their oxygen atoms when they’re charged up, becoming a different molecule,” said Gordon. “Once that happens, it starts of a chain reaction of events that leads to irreversible loss of energy storage material.”

The researchers found two techniques to avoid that chain reaction. The first: expose the molecule to oxygen. The team found that if the molecule is exposed to air at just the right part of its charge-discharge cycle, it grabs the oxygen from the air and turns back into the original anthraquinone molecule — as if returning from the dead. A single experiment recovered 70 percent of the lost capacity this way.

Second, the team found that overcharging the battery creates conditions that accelerate decomposition. Avoiding overcharging extends the lifetime by a factor of 40.

“In future work, we need to determine just how much the combination of these approaches can extend the lifetime of the battery if we engineer them right,” said Aziz.

“The decomposition and rebirth mechanisms are likely to be relevant for all anthraquinones, and anthraquinones have been the best-recognized and most promising organic molecules for flow batteries,” said Gordon.

“This important work represents a significant advance toward low-cost, long-life flow batteries,” said Imre Gyuk, Director of the Department of Energy’s Office of Electricity Storage program. “Such devices are needed to allow the electric grid to absorb increasing amounts of green but variable renewable generation.”