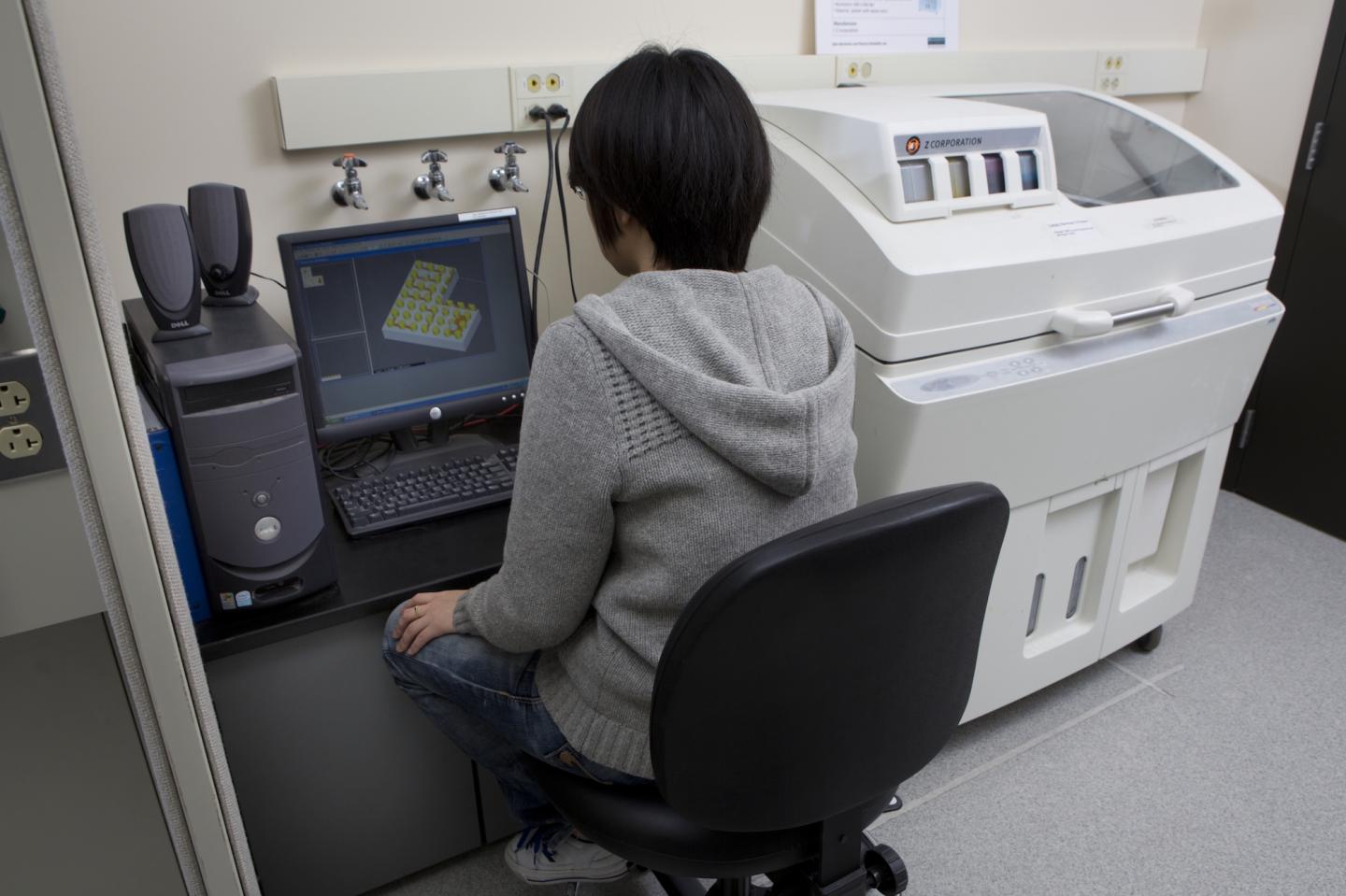 A team of researchers from Binghamton University, State University of New York and MIT have identified some bottlenecks in 3D printers, that, if improved, could speed up the entire process.

A research team led by Professor John Hart from the Department of Mechanical Engineering and Laboratory for Manufacturing and Productivity at the Massachusetts Institute of Technology, and including Binghamton Assistant Professor of Mechanical Engineering Scott Schiffres, found that many conventional desktop and professional AM systems build objects at about 10-20 cubic centimeters per hour when printing at a 0.2 millimeter thickness. One limitation of the system is a pinch-wheel mechanism used to feed building material. That wheel is limited in the force it can use (about 60 newtons) and the feed rate (about nine millimeters per second) in order to fully melt building material.

“The work has implications for how to scale up additive manufacturing and the trade-off between higher-resolution printing and speed. We hope it will inspire future work to investigate pre-heating of the polymer, and printing with multiple extruders,” added Schiffres.

The work was supported by a grant from the Lockheed Martin Corporation, while the Department of Defense, the MIT International Design Centre (IDC) and MIT MakerWorks also supported the project.

MIT graduate students Jamison Go and Adam Stevens are co-authors of the paper.