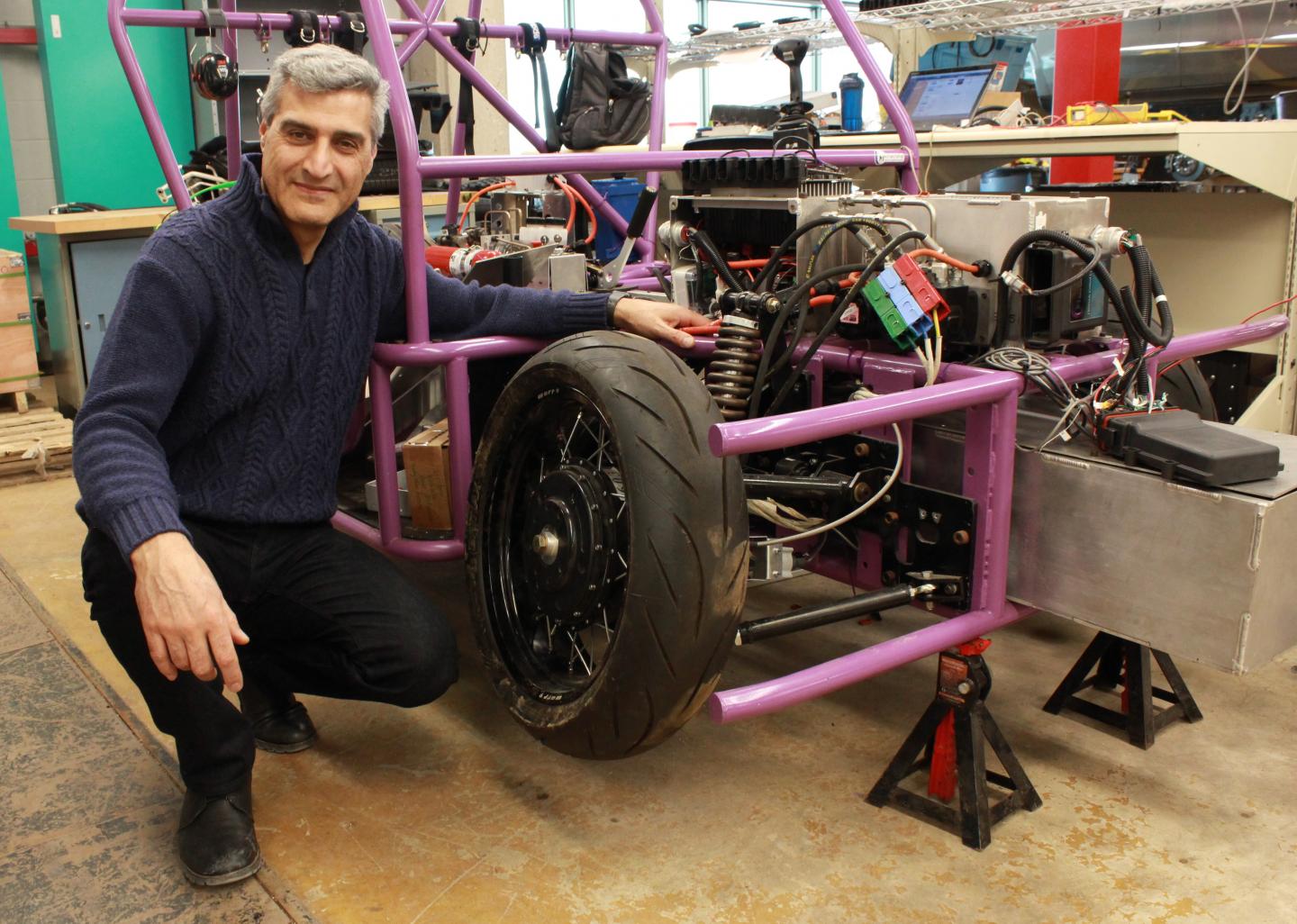 Vehicles could be affordably produced for a wide variety of specialized purposes using a sophisticated wheel unit developed by researchers at the University of Waterloo.

The self-contained unit combines a wheel and an electric motor with braking, suspension, steering and a control system in a single module designed to be bolted to any vehicle frame.

It would free manufacturers from making huge investments to develop those components from scratch and enable the economical production of specialized vehicles in even small quantities.

“The idea is modularity and plug-and-play control capability,” said Amir Khajepour, a mechanical and mechatronics engineering professor at Waterloo. “Our wheel unit, in a sense, is a full vehicle with only one wheel. All that’s missing is a body.”

Automotive researchers first applied the concept to electric, two-seater urban cars, which promise to ease congestion and reduce pollution, but make up only a tiny fraction of sales because of high prices, space limitations and safety concerns.

Mass-produced wheel units would significantly reduce production costs while also creating space for passengers that would otherwise be devoted to mechanical components such as steering columns.

To improve the stability of the tall, narrow cars, researchers also designed and prototyped the units – which weigh about 40 kilograms and have about 25 horsepower – to enable active wheel cambering, or tilting.

“Companies will be able to produce a smaller car that is cheaper, too,” said Khajepour, director of the Mechatronic Vehicle Systems Lab. “Right now, we are not there. You have to pay more to get a smaller car, to get less.”

The next step in the research involves scaling up the wheel unit, technically called a corner module, for large utility and commercial vehicles.

That would pave the way for more cost-effective production of low-volume, specialized vehicles with customized bodies in fields including mining, forestry and rescue operations.

“It’s an economy of scale problem,” Khajepour said. “Corner modules would allow us, without enormous development costs, to make vehicles that are specific for each application, for each function, by concentrating only on the design of the body and the user interface.”