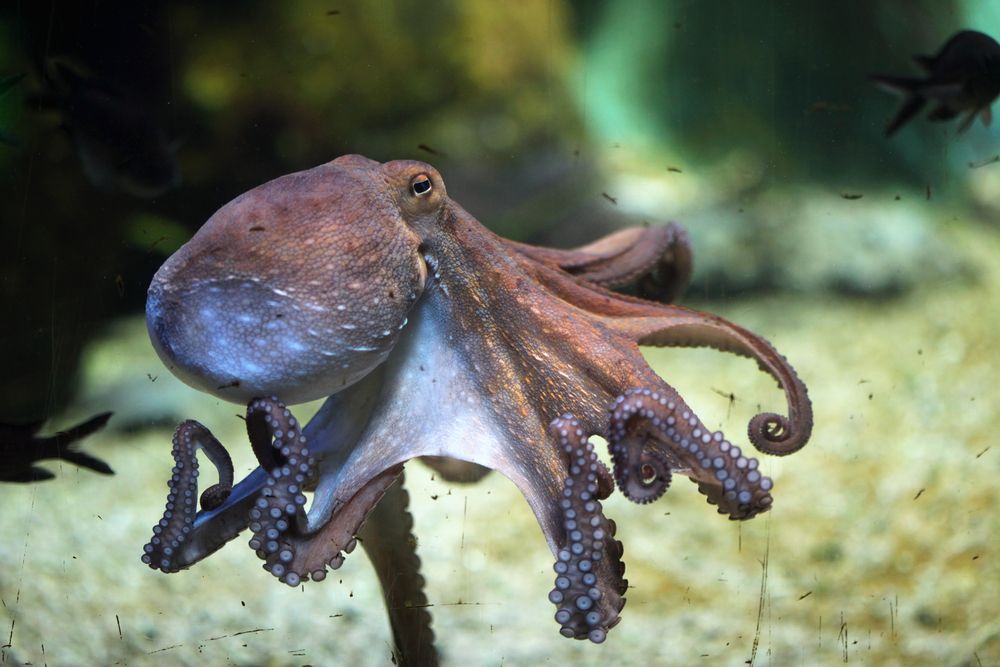 Scientists are looking at a shape-shifting octopus as the basis for a new material that can morph flat surfaces into 3D ones on demand.

Researchers from Cornell University have developed a method for transforming stretchable 2D objects into 3D shapes by using a rigid mesh that is laser cut in a way that when attached to a stretchable material constrains the material to form targeted shapes when inflated.

“If you wanted to take a round balloon and shape it so it looked like a box, it would be pretty difficult—unless you just put it in a box,” former postdoctoral researcher James Pikul said in a statement. “That’s the materials and engineering challenge: How can you take these soft materials and control the shape of them?”

An octopus can change its shape to blend into its surrounding through activation of its papillae—protuberances that extend from the body by contraction of the erector muscles within.

The researchers were able to mimic these properties by combining a fiber mesh embedded in a silicone elastomer that acts as synthetic tissue groupings. This forces the silicone to inflate in the direction and shape desired.

“To design a particular shape you figure out what its slope is at every point, then you design the amount of strain by including more or less mesh in the region,” Itai Cohen, a professor of physics in the College of Arts and Sciences, said in a statement.

Rob Shepherd, an assistant professor in the Sibley School of Mechanical and Aerospace Engineering, explained that that there are a number of applications the new technology can be used for.

“You could imagine shipping sheets of material that you would inflate later to be objects,” Shepherd said in a statement. “One idea we’ve had is to take a sheet of rubber, send it along with a two-part polyurethane foam that becomes stiff and people can inflate the rubber with the foam so that it becomes a stiff structure—like furniture.”

There are also applications in robotics, in which an arm is inflated to perform a particular task. Future work will focus on the ability to change color as well as texture, and to create more precise shapes with higher-resolution laser patterning.