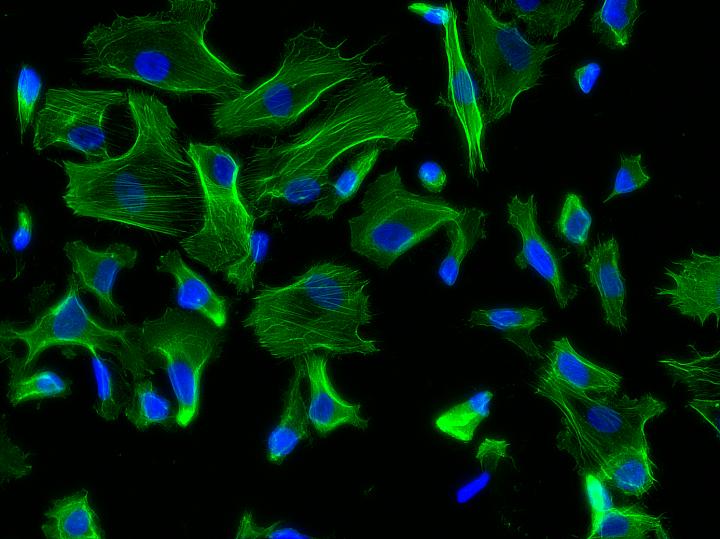 Hutchinson-Gilford progeria syndrome (HGPS) is an extremely rare genetic condition that causes premature and accelerated aging. Recently, researchers have been able to generate induced pluripotent stem cells from patients with HGPS to better understand the mechanisms of aging and look for new treatments. HGPS primarily affects vascular cells, which undergo biomechanical strains in blood vessels. However, the impact of these biomechanical strains on aging and vascular diseases has been challenging to study in the lab as most models fail to mimic the biomechanics that cells experience in the body. Using a new progeria-on-a-chip model, investigators from Brigham and Women’s Hospital, led by João Ribas, PhD candidate, and Ali Khademhosseini, PhD, of the Biomaterials Innovation Research Center, have developed a way to recapitulate blood vessel dynamics to better understand vascular disease and aging.

The new organ-on-a-chip device consists of a top fluidic channel and underlying vacuum channel, which mimics, upon pressure, the mechanical stretching that cells experience within blood vessels. The team found that cells derived from HGPS donors but not from healthy donors showed an exacerbated response to biomechanical strain, with an increase in markers of inflammation, which are strongly associated with vascular disease and aging.

“Vascular diseases and aging are intimately linked yet rarely studied in an integrated approach,” the authors write. “Gaining a deeper understanding of the molecular pathways regulating inflammation during vascular aging might pave the way for new strategies to minimizing cardiovascular risk with age.”